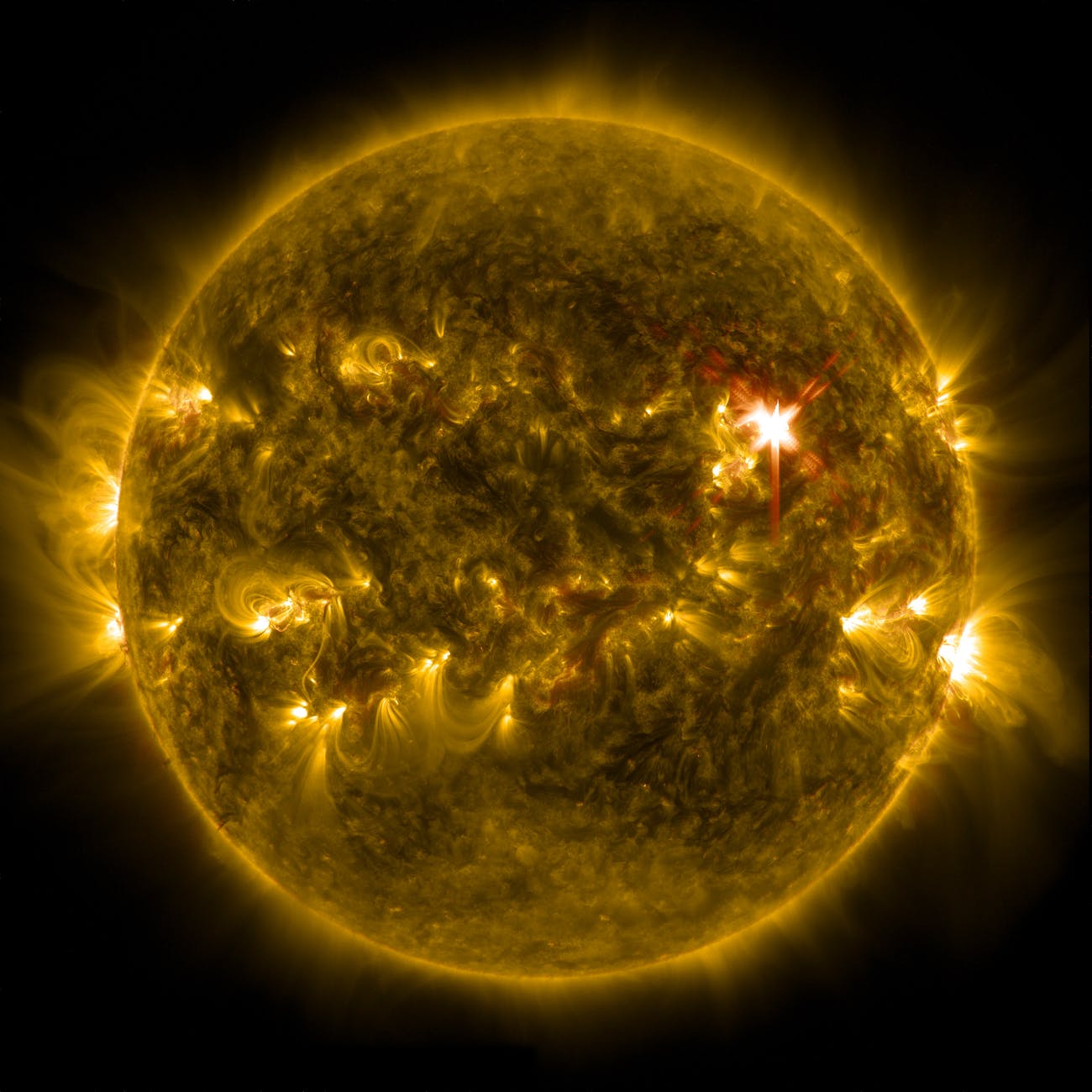 The sun emits massive bursts of particles and radiation that can cause widespread devastation on Earth. The Carrington Event of 1859 has received significant attention from scientists investigating these outbursts and how they influence our planet.

This event has been considered the peak of their research for more than 150 years. During solar superflares, the sun sent enough energy into our planet's magnetic field to cause a significant geomagnetic storm, which produced spectacular auroral displays.

It caused electrical fires in telegraph lines throughout the globe. The storm was seen as a strange, minor nuisance that did only modest harm to the electrical infrastructure in place at the time of its occurrence.

On the other hand, researchers now regard the Carrington Event and a storm of equivalent severity in 1921 as a foreboding sign of future calamities. On September 10, 2017, a solar flare erupted from the sun, marking the first time in almost a decade. This flare would pale in contrast to any solar superflares in the past.

Scientists discovered solar superflares thousands of years ago in tree rings, which they believe came from the sun. Is it possible that a solar superflare may occur again in the future?

What Is A Solar Superflare?

What is a Superflare? - Solar Flare - Science at NASA

A flare is a fast, rapid, and dramatic change in light. A solar flare erupts when magnetic energy accumulated in the solar atmosphere is abruptly released. Radiation is released throughout the entire electromagnetic spectrum, from radio waves at the long-wavelength end to x-rays and gamma rays at the short wavelength.

The quantity of energy released is comparable to the explosion of millions of 100-megaton hydrogen bombs at the exact moment!

Superflares are mighty explosions seen on stars with energy up to 10 thousand times that of regular solar flares. Initially, the flares were explained by positing giant planets in highly tight orbits, such that the magnetic fields of the star and planet were connected.

Initially, the flares were explained by positing giant planets in highly tight orbits, such that the magnetic fields of the star and planet were connected. The planet's orbit would twist the field lines until the instability released magnetic field energy in the form of a flare. However, no such planet has been observed as a Kepler transit.

Therefore, this idea has been abandoned. All superflare stars exhibit quasi-periodic brightness changes, interpreted as very big starspots transported about by spin. Spectroscopic research discovered spectral lines that were obvious markers of chromospheric activity in conjunction with high and widespread magnetic fields.

This implies that superflares differ only in size from solar flares. Past solar superflares have been attempted to detect nitrate concentrations in polar ice, historical studies of auroras, and radioactive isotopes that solar energetic particles can create.

Although three occurrences and a few possibilities have been discovered in carbon-14 records in tree rings, they cannot be definitively linked to superflare events.

According to historical records, the first solar flare to be documented in astronomical literature occurred on September 1, 1859. A big white light flare was observed by two scientists, Richard C. Carrington and Richard Hodgson, who were both separately examining sunspots at the time of the event.

In 774-775 CE, Earth was jolted by a solar superstorm. Scientists discovered this occurrence in 2012 while researching a carbon-14 spike observed in tree rings. The carbon-14 surge is seen in trees all throughout the planet, indicating that the event happened on a worldwide scale.

Scientists stated last month that after analysing only 1/6 of the available tree ring data, they discovered evidence of two additional occurrences, in 5259 BCE and 7176 BCE. On August 10, 2021, the scientists submitted their manuscript to Nature Communications for peer review.

Their findings suggest that further solar superflares from the past may occur. As a result, these catastrophes may not be all that "unusual," serving as a warning to future Earth.

Could A Solar Flare Destroy Earth?

Superflares are exceedingly rare, according to data from sun-like stars. Solar flares are frightening, but they will not destroy the Earth. Most critically, even the most intense solar flares are incapable of physically destroying Earth.

If the Sun's rare outbursts are very intense, they may reach our planet and cause damage to electrical networks. Fortunately, no matter what happens, flares do not influence us here on Earth. The Earth's atmosphere works as a barrier, preventing cosmic radiation from reaching humans.

There may be detectable impacts at ground level, although radiation is negligible. In August 1972, the most excellent flare ever recorded was observed. That flare had no noticeable impact on any terrestrial species, including humans.

If the newly revealed events had transpired today, the consequences would have been disastrous for aeroplanes, satellites, contemporary telecommunications, and computer systems. The Carrington Event of 1859 is one of the most well-known solar storms in recorded history.

This incident, which wrecked telegraph systems — the pinnacle of technology at the time – is not even evident in tree ring carbon-14 data. So it would be a mere whisper in comparison to the deafening onslaught of a solar superflare. The March 1989 solar storm was one of the most recent solar occurrences in history.

Despite producing just a small amount of energy, a super solarflare produced an hours-long blackout in Quebec. A solar superflare impacting Earth might take the "global" out of the "worldwide web," disrupting subsea cables and perhaps deleting electronic data such as banking and health records.

Solar storms generate dangerous radiations, which can cause organ damage, radiation sickness, and cancer if exposed to them. Passengers and staff may be exposed to high levels of radioactivity. Astronauts in space may be more vulnerable than those on Earth's surface.

While most people believe that solar storms do not have a significant impact on human health, others remain skeptical that they are completely safe. "Interactions between geomagnetic disturbances and the autonomic nervous system are likely to induce a cascade of reactions in the body's electrophysiology that culminates in the collapse of organ functions and death," according to a US study that investigated the link between solar storms and cardiovascular diseases.

Solar scientists are highly interested in anticipating active magnetic disturbances, namely flares that emerge from active areas. They execute complicated algorithms that simulate the Sun's magnetic field. However, it is an imperfect science, similar to weather forecasting. As a result, they can only provide probabilities based on their model results.