Q Wave – What Is It? And Its Importance In Pathology 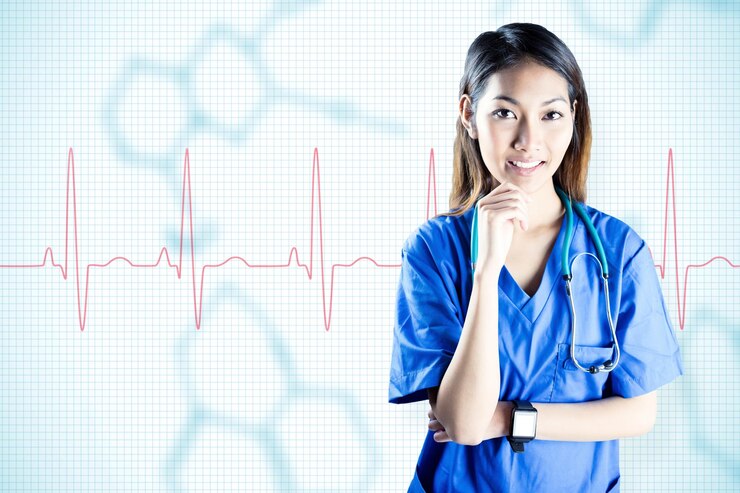 The QRS complex begins with the Q wave, the first downward deflection following the P wave. There is no Q wave when the initial deflection of the QRS complex is vertical. In many, but not all, ECG leads, a typical person will have a modest Q wave.

More than 75% of ordinary people have small Q waves in their left precordial leads. They are most common in lead V6, less often in leads V5 and V4, and seldom in V3. Q waves in these leads are more common in younger participants than in older people. When the transitional zone lies on the right side of the precordium, Q waves are more likely to be present. The Q waves last no more than 0.03 seconds. The amplitude is typically less than 0.2 mV, although it may reach 0.3 mV or even 0.4 mV. Young adults get deeper Q waves more often. 22 Teenagers may experience amplitudes of 0.4 mV or more. Q wavelength of 0.03 seconds was seen in 20% of average male individuals in the posterior leads V7-V9.

Pseudo-infarct Q waves are caused by various circumstances, including physiologic or postural variations, abnormal ventricular conduction, ventricular hypertrophy, and non-coronary myocardial injury. Asymptomatic people with prominent Q waves may have had a past "silent" myocardial infarction, normal variations, or other pathologic but non-coronary etiology. Echocardiography may help in differential diagnosis (normal variants, cardiomyopathies, left or right ventricular enlargement, amyloid deposition, and so on). Failure to recognize pseudo-infarct patterns may result in "electrocardiographogenic disease" if the Q wave is a normal variant or is missing a critical clue to pathology such as hypertrophic cardiomyopathy or pulmonary embolism have very different therapeutic implications than the coronary disease.

Q wave in ECG helps in the diagnosis of the following conditions:

In the absence of infarction, severe myocardial ischemia may cause early QRS alterations. Atypical Q waves on the baseline ECG may not be a reliable indicator of permanently damaged myocardium.

These combinations are not present in every instance of an elderly myocardial infarction. Local muscle loss and cardiac signal conduction obstruction areas might result in highly strange QRS patterns.

Among the general population without established cardiac disease, Q-waves in the ECG is a powerful predictor of mortality or hospitalization for IHD independent of age, hypertension, diabetes, and renal function. Moreover, whilst huge Q-waves carry the worst prognosis even minor Q-waves are connected with an elevated risk. Conversely, no difference in result was detected between the anterior and posterior position of Q-waves, and both sites were linked with similarly dismal prognoses.

What Happens During The Q Wave?

The Q wave shows septal depolarization. The electrical stimulus begins to depolarize the septum from left to right as it goes through the His bundle before it divides down the two branches.

What Is A Normal Q Wave?

In juvenile patients, Q waves are often detected in the inferior and left lateral precordial leads. These Q waves are usually always less than 20 ms long. In babies, the amplitude may be rather considerable (up to 14 mm).

What Does The Q Wave On An ECG Represent?

Q waves represent the early phase of ventricular depolarization. If they are extremely broad (>0.2 seconds) or abnormally deep (>5 mm), they are pathogenic. Pathologically deep but not broad Q waves are often indicative of ventricular hypertrophy.

Abnormal Q waves are a typical observation in the early stages of acute myocardial infarction. There is no indication. However, aberrant Q waves are related to a worse benefit in terms of infarct size reduction following thrombolytic treatment.