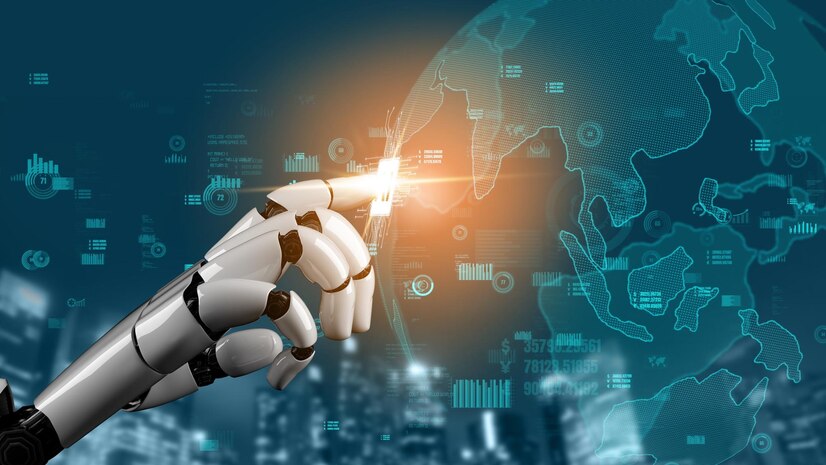 For a long time, quantum machine learning has been employed in high energy physics (HEP), especially at the analytical level with supervised classification.

In the early 1980s, quantum computing was proposed as a technique to execute calculations that would be impossible to accomplish on a conventional computer.

With the introduction of noisy intermediate-scale quantum computing systems, more quantum algorithms are being created to use the hardware's potential for machine learning applications.

An intriguing subject is whether quantum machine learning can be used in high-energy physics.

Optimization, chemistry, machine learning, particle physics, nuclear physics, and quantum field theory are among the intriguing applications that have emerged as the breadth of computations has greatly grown.

David Deutsch described quantum computers for the first time in his crucial work published in 1985. Many quantum algorithms have been developed with lower computational complexity than all known conventional algorithms.

To be practical, all of these algorithms need large-scale fault-tolerant quantum computers. At least three fundamental limitations will define current and near-term quantum technologies.

The coherence time (lifetime) of a qubit and the fidelity of each gate (precision of computing) has grown dramatically in recent years. However, they are still too low to employ the devices for anything other than proof of principle tests.

Near-term quantum computers currently have 5 to 100 qubits, which is insufficient for standard algorithms like Shor's or Grover's to acquire a quantum advantage over classical algorithms.

While progress is being made, increasing the number of qubits involves more than merely scaling present solutions.

D-Wave achieved adiabatic quantum computing or quantum annealing many years after the gate model described above.

This issue may be approached in three ways, reflecting a comparable aspect developed in quantum computing.

The near-term approach begins with the quantum devices that are already accessible and examines how they may be used to address a machine learning challenge.

A machine learning model is often expressed as a function f(x) dependent on an input data point x and trainable parameters.

The model's output, f, is interpreted as a prediction, for example, disclosing the label of x in a classification job. We can regulate the rotation angle of qubits in most circuit-based quantum computers. These rotations may be carried out as part of a broader quantum algorithm of additional gates.

Trainable circuits, also known as variational or parametrized circuits (or, erroneously, quantum neural networks), were first suggested in the area of quantum chemistry.

The optimization may be done by evaluating fq (x) at various values and then utilizing a classical co-processor to locate better candidates for the parameter.

Quantum annealers tackle mainly specialized optimization problems, known as QUBO issues. The main task is to rewrite the loss function of a (quantum) machine learning problem in this style.

They outsource the training element of machine learning to quantum computers rather than the prediction part since they are natural optimizers. An early approach realized that the mean square loss of a perceptron ensemble might be expressed as a QUBO issue.

The two most frequent techniques for machine learning for quantum annealers are translating the issue into an optimization problem across the whole dataset and employing the quantum device as a sampling engine to tackle a challenging gradient calculation problem.

One of the most important jobs in particle physics is classifying collision occurrences as signal versus noise. Until 2012, the Higgs boson was the standard model's missing component.

The Researchers suggest using quantum annealing to categorize occurrences involving a Higgs decaying to a pair of photons.

Quantum and simulated annealing are often on par, with no clear classification advantage over boosted decision tree (BDT) and deep neural network (DNN) classifiers trained on the input characteristics. There is a small benefit to having a limited training dataset.

Quantum annealers may also be employed as sample engines for specific machine learning algorithms' power types. In embedding techniques, they have a bipartite connection network that scales well.

The adjustable couplings between qubits serve as graph connection weights, and the annealing process samples from them naturally.

While it is possible to calculate the expectancies for a specific set of model parameters using unclamped variables on a D-Wave, estimating the expectations for the whole model is expensive.

There are many mitigating options for avoiding this complex calculation. Restricted Boltzmann Machines have been seen to be optimized with imprecise gradients.

Circuits having various characteristics, such as classification, may be adjusted to execute a specific job. These circuits' parameters may be calculated using a gradient-based optimization approach.

Quantum computers have the potential to accelerate search in enormous parameter spaces substantially. They might be crucial in the future of track reconstruction in particle physics investigations.

Tracking links sparse detector observations (also known as 'hits') with the particle track to which they belong. One of the primary problems in the high luminosity (HL-LHC) investigations will be reconstructing particle trajectories with great precision.

The traditional graph neural network design is made up of three networks that are linked together in a cascade fashion.

This method constructs graphs of linked hits, computes properties of the graph nodes and edges, and predicts significant hit connections. The input, edge, and node networks are re-implemented as quantum circuits.

The variational quantum algorithms for the machine learning method use the mapping of input data to an increasingly vast quantum state space. Many optimizers such as COBYLA and SPSA may be used to identify an optimum solution.

The performance of the IBM Q quantum computer is consistent with that of the quantum simulator within the restricted testing cycles.

The quantum method is tested experimentally by using the SUSY data set from the UC Irvine Machine Learning Repository on cloud Linux servers for the quantum circuit learning and a local machine and the IBM Q quantum computer for the variational quantum classification.

Both solutions employ a mix of entangling gates and single-qubit rotation gates to create an ansatz state. The boosted decision tree and deep neural network were tuned at each training set to minimize over-training.

The quantum computer findings seem significantly poorer than the simulator results, but they are consistent with the uncertainties.

A fascinating area of study is the relationship between generative models, such as Boltzmann machines, variational auto-encoders, and generative adversarial networks and their quantum equivalents.

Because of their capacity to describe complicated probability distributions and the relatively reduced processing cost during the prediction phase, classical generative models are being examined by the high-energy physics community as solutions to speed up Monte-Carlo simulation.

However, training such models is a challenging and time-consuming operation. Coverage is a crucial concern when preparing or evaluating the performance of generative models because it is connected to their representative capability and how it translates to the original probability distribution.

In this regard, quantum generative models may provide a benefit while reducing processing costs.

Furthermore, the number of circuits used to compute the quantum-enhanced kernel is a function of the square of the number of input vectors, which may not be a desirable choice for categorizing a large number of events. Several organizations are investigating quantum kernel approaches for event categorization using gate-based quantum computers.

These approaches are currently constrained by the dimensionality reduction necessary to make data compatible with contemporary technology. However, studying these algorithms gives a novel and unique insights into the performance of current computer systems.

For example, they calculate data element overlaps in Hilbert space, and the resultant state distributions are more vulnerable to noise than variational algorithms like VQE or QAOA. New approaches to quantum feature maps, in particular, offer intriguing prospects.

What Is Quantum Machine Learning Used For?

Trainable quantum circuits may be used in domains such as quantum chemistry and quantum optimization. It can aid in the design of quantum algorithms, the discovery of quantum error correction techniques, and the comprehension of physical systems.

Quantum computing and deep learning may be coupled to minimize the time necessary to train a neural network. We may propose a new framework for deep learning and do underlying optimization using this strategy. On a real-world quantum computer, we can simulate conventional deep learning methods.

What Is Meant By Quantum Machine?

A quantum machine is an artificial device whose collective motion obeys quantum physics equations. The concept that macroscopic things may follow quantum physics principles goes back to the early twentieth century when quantum mechanics was first proposed.

How Do I Learn Quantum Machine Learning?

The ability of quantum annealers to accomplish classification is constrained owing to the problem's restrictive formulation.

Machine learning theory is presently incapable of explaining the performance of algorithms such as neural networks.

While the present performance of quantum machine learning on high-energy physics data is limited, there is optimism that future developments in quantum devices and quantum algorithms may aid in solving particle physics computing issues.