Role Of Left Atrium - How Does It Contribute In Heart Failure? 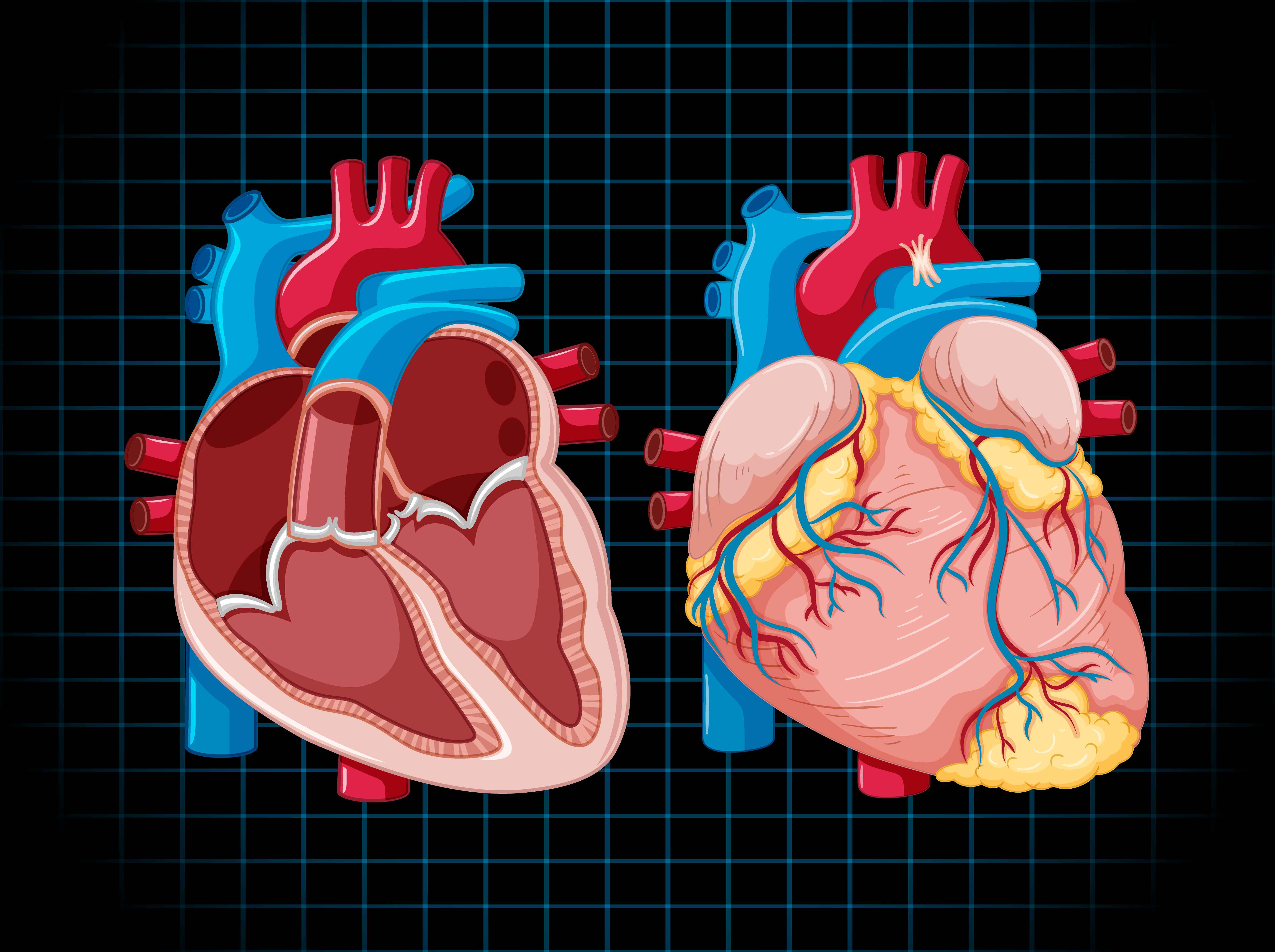 In the past, the focus on the left ventricle - identified as the only sign and predictor of good or unhealthy cardiac conditions - systematically obscured the role of the left atrium.

Recent developments in cardiovascular imaging have offered a greater knowledge of left atrium architecture, physiology, and disease, revealing that this functional structure is far from a passive observer.

The mechanical and neuro-hormonal features of the left atrium are now known to have a role in various cardiovascular disorders, including atrial fibrillation, ischemic heart disease, valvular heart disease, and heart failure.

Until recently, the left atrium's function in the genesis of heart failure remained unknown. This chamber was assumed to control left ventricle filling and cardiac output in the past.

New non-invasive imaging technologies have increased our knowledge of the left atrium's function and clinical significance.

Furthermore, the left atrium has endocrine and regulatory functions closely tied to its mechanical operation, making it a potential therapeutic target and a predictor of cardiovascular events in various patient groups.

The measurement of left atrium size is essential for a multiparametric evaluation of heart failure patients. The anteroposterior diameter of the left atrium is assessed using M-mode and two-dimensional transthoracic echocardiography.

However, this is incorrect since the left atrium does not dilate evenly. The maximum left atrial volume indexed to body surface area approach is used since it is thought to be the most accurate.

Cardiac magnetic resonance, on the other hand, is regarded as the gold standard in left atrial volume measurement because it offers a sufficient delineation of the inner wall of the endocardium and may identify abnormal features of the myocardial tissues.

The left atrium is a dynamic structure with three stages of mechanical operation. It serves as a reservoir for oxygenated blood from the pulmonary veins.

The left atrium is a conduit between the pulmonary veins and the left ventricle during early diastole. The compliance of the atrial and ventricular chambers affects the left atrium's conduit function, which is linked to the reservoir function.

This phase typically contributes just a modest portion of ventricular stroke volume. Still, it predominates in the late stages of diastolic dysfunction when the reservoir function upon atrial contraction is disrupted.

The maximum, lowest, and pre-atrial contraction (just before) volumes may be used to get data on emptying volumes and fractions. Although the transmitral spectral Doppler, pulmonary venous, and left atrial appendix flows indicate phasic function, they are seldom employed.

2D speckle-tracking echocardiography is the correct approach because it can evaluate myocardial deformation without angle dependence by monitoring the speckle pattern formed by ultrasonic interactions with cardiac tissue.

The left atrium strain measurement is affected by whether the P wave (P-LASr) or the QRS (left atrial strain during reservoir phase, QRS-LASr) complex is utilized as the zero references.

However, a new European Association of Cardiovascular Imaging/American Society of Echocardiography recommendation favors QRS onset as the best approach, owing to the inability to apply the P wave method to all patients, particularly those with atrial fibrillation.

The positive peak of atrial longitudinal strain, which reflects the maximal elongation of the left atrium during the left ventricle systole, determines the reservoir function.

Remodeling Of The Left Atrium

At least in the early stages of left ventricle diastolic failure, left atrium dilatation is a compensation mechanism necessary to maintain an average stroke volume.

The Frank-Starling effect improves conduit filling and the first enhancement of its contractile activity. Diastolic property changes enable the left ventricle to function at a greater filling pressure during diastole, increasing the relative contribution of the left atrium booster pump to left ventricle filling until the left atrium preload reserve limitations are met.

The left atrium mainly functions as a conduit during this phase, and mechanical failure occurs. When the left atrium becomes dysfunctional, its buffering role is lost, resulting in pulmonary congestion.

Chronic high-pressure exposure causes structural changes in the left atrium, followed by myocyte hypertrophy, necrosis, apoptosis, and fibrosis. These processes, along with altered ionic channel expression, lead to electrical remodeling and the emergence of atrial fibrillation.

It has the potential to detect atrial dysfunction before dilatation begins.

HFpEF, unlike HFrEF, has no definite medications that enhance outcomes. Even in the absence of left atrium enlargement, a 23 percent increase in left atrium reservoir strain was related to a poorer New York Heart Association (NYHA) functional class and an increase in estimated pulmonary capillary wedge pressure (PCWP).

In terms of a history of atrial fibrillation and past heart failure hospitalizations, a low peak of atrial longitudinal strain score is linked with a greater disease burden.

The left atrium dimension was a significant predictor of death and hospitalization in studies on left ventricular dysfunction (SOLVD), with 1172 HFrEF patients.

On the other hand, the left ventricle volumetric/mechanical coupling index is a good predictor of mortality and functional mitral regurgitation. Some writers have recommended peak atrial longitudinal strain as a stronger predictor of cardiovascular events than left atrium ejection fraction and left atrium function index.

In individuals with HFrEF, a lack of reserve in left atrium contractility was related to right ventricular-to-pulmonary uncoupling during exercise and recovery and ventilation inefficiency.

The significant improvement in the peak of atrial longitudinal strain is associated with a lower likelihood of all-cause or heart failure readmissions. Furthermore, after 6 weeks, the booster pump function restores.

As a result of the concurrent contractile deterioration, this reveals that increased atrial afterload is not the sole mechanism that causes atrial dysfunction.

Reverse remodeling is conceivable after treatment for various illnesses, including mitral regurgitation, atrial fibrillation, and hypertension, as well as cardiac resynchronization therapy.

What Is The Role Of The Right Atrium?

The right atrium gets low-oxygen blood from the body and then discharges it into the right ventricle.

What Is The Function Of The Left Atrium And Left Ventricle?

The now oxygen-rich blood from the lungs is received by the left atrium and pumped into the left ventricle.

The left ventricle circulates oxygen-rich blood throughout the body through a vast network of arteries.

Blood pressure is created in the body by the contractions of the left ventricle, the strongest of the four chambers.

What Is The Function Of Left And Right Atrium?