Scientists Use Mealworms To Make A Seasoning That Tastes Like Meat 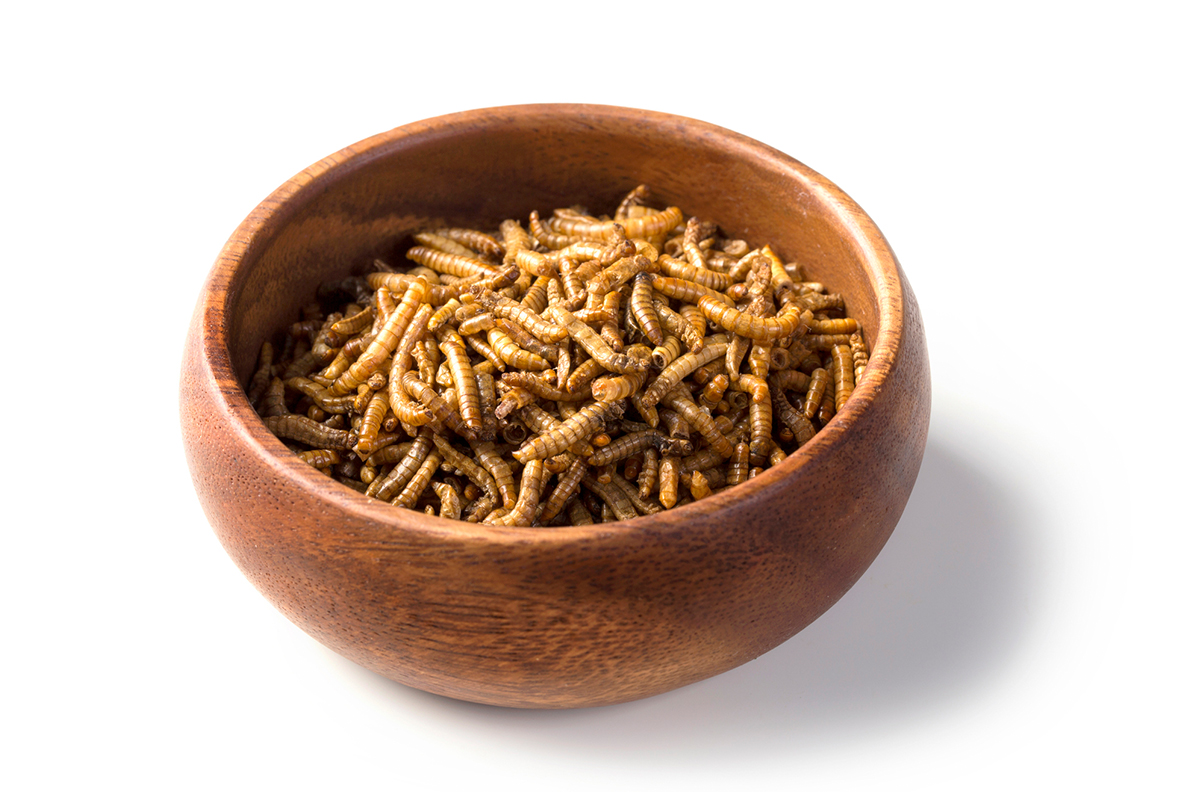 According to recent news, scientists use mealworms to make a seasoning that tastes like meat.

It has been discovered that eating insects is a more environmentally friendly option than eating other types of animal proteins.

On the other hand, many people find them repulsive.

A little bit of sugar on top of fried mealworms might make them easier to digest, which would be beneficial for the environment.

At the American Chemical Society's fall meeting in Chicago on August 24, researchers talked about what they had found.

They found that adding sugar to powdered, cooked mealworms produced a seasoning with an enticing "meat-like" odor.

It has been discovered that eating some insects can be a more environmentally-friendly alternative than eating other types of animal proteins due to the fact that certain insects require less land and water to raise.

“There aren’t a lot of people ready to fry up a whole skillet of crickets and eat them fresh,” says Julie Lesnik, a biological anthropologist at Wayne State University in Detroit who wasn’t involved in the new research.

Finding a way to make foods made from insects more attractive is potentially an important step toward bringing them into the mainstream.

Additionally, the success of a single insect-based product could have a domino effect on the development of other kinds of food.

“It’s really great that this research is happening, because at any point this might be the thing that people figure out and then it explodes,” says Brenden Campbell, an insect agriculturist based in Eugene, Ore.

He has conducted research on mealworms and established a company called Planet Bugs, which is partly dedicated to the production of food items made from insects.

In an earlier study, chemist In Hee Cho of Wonkwang University in South Korea and colleagues investigated the scents given off by mealworms that had been steamed, roasted, or deep-fried.

They found that the steamed mealworms had the least pungent odor of the three preparation methods.

In their most recent work, the team tried to figure out what combinations of water, sugars, and cooking time made the food smell like meat.

Then, they put these different combinations through a series of tests with volunteers to find out which combination made the most appealing smell.

According to Amy Wright, who has authored a book on the topic of eating bugs, using insects ground up or in seasonings could help people get past their hesitations about eating bugs.

This is something that Cho's team tried to do. She, on the other hand, has no concerns about it.

Wright, a professor of literature at Austin Peay State University in Clarksville, Tennessee, used to keep mealworms in her apartment and eat them in guacamole and sandwiches.

“There are plenty of things that are disgusting to us, but we have engineered around them,” Lesnik says.

“We’re just seeing insects being treated like any other food, and yeah, we’re talking about aroma, but that’s what the engineers of Doritos are doing.”