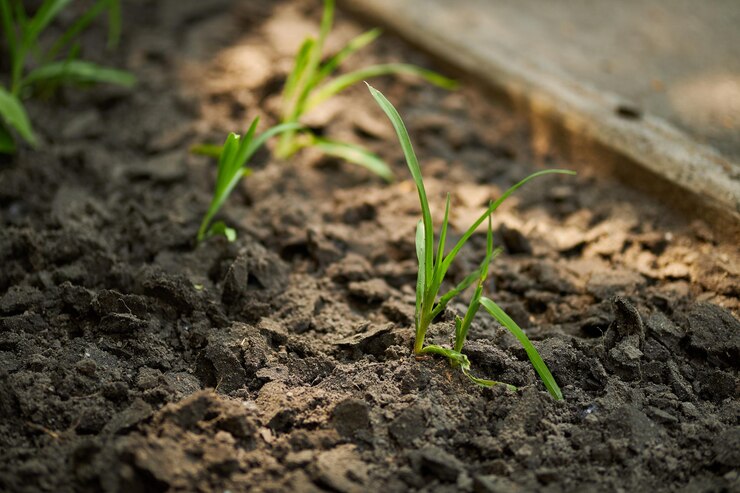 Soil carbon sequestration is one of three major ways of carbon dioxide removal and storage through terrestrial ecosystem management.

These carbon sequestering strategies work by increasing the input rate of plant-derived residues into soils and/or decreasing the turnover rates of organic carbon stocks already present in the soil.

A second group comprises frontier technologies, which have major technical and economic obstacles today but have the potential for higher sequestration in the long run and financial incentives.

The second category is "border technologies," which are systems or practices that face severe technical and economic constraints.

With the right incentives, such best management practices may be promptly implemented to raise soil carbon stock in the short run.

Manure And Compost: Organic matter additions like compost and manures may boost soil carbon levels. One challenge in determining the total effect of organic amendments on net CO2 reductions is that modifications often originate "off-site." A thorough life cycle assessment is required to account for carbon accrual and net greenhouse gas emissions reductions. Composting is a potentially appealing approach that requires more research to determine the entire spectrum of environmental costs and benefits.

Tillage: Farmers use tillage to manage crop wastes and prepare seed beds for crops. Tillage technology and agronomic practice advancements have enabled farmers to minimize tillage frequency and intensity. Some farmers have abandoned tillage, a practice known as "no-till." The Global Warming Potential of no-till systems is 66% lower than that of traditionally tilled systems. One-time deep inversion tillage in humid and subhumid croplands may be particularly successful in promoting a considerable rise in soil carbon stores. Burial of carbon-rich surface soil has been shown to delay decomposition significantly. "Traditional" carbon sequestration procedures can potentially create new carbon stores in surface soil layers quickly.

Rewetting of Organic Soils: Organic soils are peat and muck-derived soils whose total bulk is mainly composed of organic materials. Organic soils do not experience saturation in the same manner as mineral soils do. High CO2 and N2O emissions may be reduced by removing organic soils from cultivation and restoring hydrological conditions.

Non-forested grazing areas in the United States are generally classified into pastures and rangelands.

Ranchers may do this by regulating the loss of plant biomass through grazing or improving fodder production via enhanced species, irrigation, and fertilizer.

There are different estimates of how much carbon can be stored in soils worldwide and in the US.

Most estimates are based on large amounts of data about the total area by land use type, which are then grouped into broad climate categories.

Estimates worldwide are close to each other, suggesting that a technical soil carbon sequestration potential of 2–5 Gt CO2 per year is possible.

There seems to be good support for an estimate of 4–5 Gt CO2 per year for widespread adoption of a wide range of best management practices (BMPs) for soil carbon sequestration on grassland and cropland around the world.

These carbon storage rates could be kept up for only a short time, on 2–3 decades.

Most estimates are based on large amounts of data about the total area by land use type, which are then grouped into broad climate categories.

Assessments at the lower end of this range take into account either a smaller amount of land or a smaller number of practices.

There is good evidence that a wide range of BMPs could save as much as 4–5 Gt CO2 per year if everyone used them.

What Is The Process Of Carbon Sequestration?

The method of absorbing and storing atmospheric carbon dioxide is known as carbon sequestration. It is one way of decreasing carbon dioxide levels in the atmosphere to slow global climate change.

What Are Two Benefits Of Carbon Sequestration In Soil?

Tilling prepares land for new crops and helps manage weeds by breaking up the soil, but it also releases a lot of stored carbon.

According to supporters, farming techniques that store more carbon may boost soil health and food output.

How Do You Sequester Carbon Into The Soil?

Plants sequester carbon in soil via photosynthesis, which may be stored as soil organic carbon.

Although agroecosystems may deteriorate and deplete soil organic carbon levels, the carbon deficit provides an opportunity to store carbon via novel land management methods. Carbonates may also be stored in the soil.

How Much Carbon Do Soils Sequester?

Soils are expected to store roughly 20 Pg carbon every 25 years, accounting for more than 10% of human emissions.

At the same time, this method delivers significant advantages for soil, agricultural, and environmental quality, erosion and desertification avoidance, and bio-diversity promotion.

There is compelling scientific evidence that agricultural soils will serve as a large carbon sink in the following decades.

Several carbon sequestering strategies may be used, and the optimal solutions differ depending on climate, soil, and agricultural practices.

The strong policy might be implemented right once to kickstart a worldwide effort to boost soil carbon sequestration using current technology.

Many nations may apply negative emission solutions in agriculture while improving soil health and resilience.

This would promote and support world-scale actions to reduce average global temperature rises to 2°C.