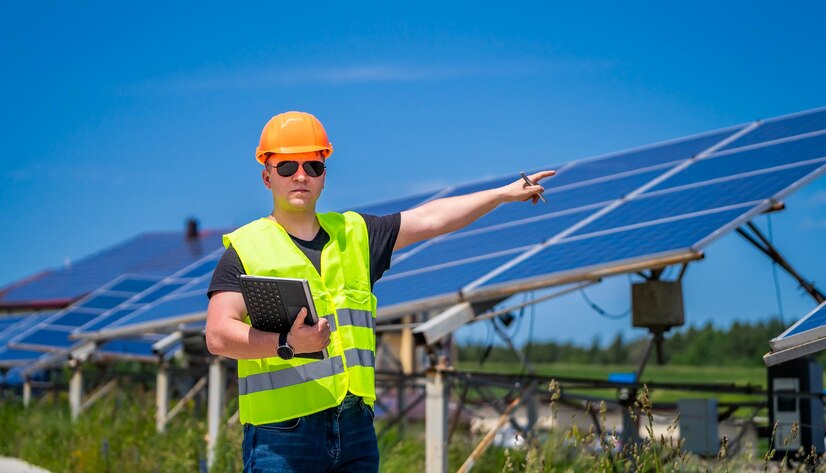 Researchers from the Lawrence Berkeley National Laboratory (Berkeley Lab) of the U.S. Department of Energy and the University of California, Berkeley have found a new material that could make it easier to make solar cells and revolutionize the solar cell manufacturing industry.

This year, the journal Science Advances wrote about a crystalline solar material with an electric field built into it. This is called "ferroelectricity." This discovery can make it easier to make solar cell devices, lower their costs, and make them work better overall.

Solar panels rely on solar cells to harness the sun's rays and transform them into electricity. For these solar cells to work, the positive and negative charges need to be kept apart by an electric field.

Doping each layer of a solar cell with chemicals that divide the positive and negative charges is a costly process that requires significant investment by the manufacturer to generate this field.

By sending electrons from the negative terminal to the positive terminal, this keeps the device stable and working well.

Because of their polarity, CGB materials tend to collect positive charges on one side of the crystal and negative charges on the other. Therefore, alloying the material is unnecessary.

This material represents a new class of inexpensive and simple-to-manufacture solar materials; it is both a ferroelectric and a lead-free "perovskite halide." The most efficient halide perovskites often include lead.

In addition to being a public health risk, lead pollution is also a serious issue. Researchers found a new material that has the same or better performance than the old one, but without the use of any lead.

Furthermore, the researchers discovered that CGB's light absorption can be tuned throughout the spectrum from visible to ultraviolet light (1.6 to 3 electron volts), making it a promising candidate for improving solar cells' efficiency in converting sunlight into usable energy. He remarked that such adjustability is unusual for conventional ferroelectrics.

Producing solar cells will be simpler, quicker, and cheaper with the help of CGB.

This finding will allow solar-powered gadget production to be cheaper, easier, and more effective. The group spent a lot of time refining their findings, but more work has to be done.

The CGB material has shown promising results, but further research is needed before it can be used in a commercial solar device.