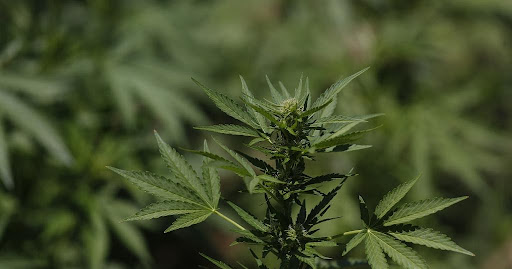 In case you didn't know, industrial hemp and cannabis are the two main sources of CBD. Despite being members of the same family, both plants are genetically unique creatures with vastly different histories and evolutionary routes. They both contain CBD, however, they are very distinct plants in terms of cultivation, CBD production, and general use.

There is a lot of debate over whether hemp or cannabis are the true parent sources of CBD, and there is no right or wrong answer. Not only that, but considering the legal quagmire that hemp and cannabis are currently mired in, the entire matter takes on a new level of intricacy and ambiguity. Because, while many people believe (and producers often claim), hemp-derived CBD is lawful, the reality isn't that obvious.

The genetic routes of hemp and cannabis are merging in this new age of Cannabis sativa (the larger taxonomic species that encompasses both plants) therapies. The distinctions between hemp and cannabis are blurring as we cross-breed and manipulate genes to provide a myriad of CBD-dominant products to patients. However, for the time being, it's still important to distinguish between these two CBD sources.

We have to get a bit controversial when it comes to discussing hemp versus cannabis-derived CBD because it is a contentious topic right now. Let's start with a few fundamental distinctions between these two sources.

Cannabis and hemp are both members of the Cannabis sativa species, which is one of the world's oldest domesticated crops. Throughout history, many types of Cannabis sativa have been bred for various uses. Thousands of years of genetic selection for function, combined with a variety of growing habitats, have resulted in two unique plants with vastly different cultivation and use.

Early civilizations grew tall, robust plants to manufacture a variety of clothes, rope, sails, and building materials. These plants were crossed with other plants having comparable qualities, resulting in the hemp variety of cannabis. Hemp plants are now mostly produced for their fiber, while others are primarily grown for their seeds, which are used to generate oil.

Meanwhile, additional Cannabis sativa plants grew famous for medicinal and religious uses in many regions of the world, and these plants were eventually cultivated for their sticky trichomes. Medicinal cannabis plants now come in a variety of euphoric THC-rich kinds, non-euphoric CBD-rich varieties, and everything in between.

Cannabis sativa has the same structural elements, whether it's a fiber or seed plant (hemp) or a therapeutic plant (cannabis): stems, stalks, roots, flowers, and leaves.

The glandular trichomes appear on all Cannabis sativa plants (hemp and cannabis). Trichomes, like mammalian hair, offer a variety of defensive functions, including insulation and disguise. Trichomes defend the leaves and flowers from cold and UV rays by forming a protective covering on them. They also protect the plant from wind and heat, which helps to prevent evaporation. In many situations, trichomes also guard plants against insects, with certain structures being so stiff or stinging that they deter even big herbivores.

An oily resin containing biologically active phytochemicals produced by plants, including flavonoids, terpenoids, phenolic compounds, and cannabinoids, is found in these trichomes.

Industrial hemp plants are genetically predisposed to grow tall and lanky with few blooms, devoting a large portion of their energy to fiber development. Medicinal cannabis plants, on the other hand, are bred for the production of phytochemicals, growing shorter and bushier with more branches that support more blooms and, as a result, a greater number of therapeutic compounds.

Hemp Vs. CBD- The Entourage Effect

Because the fundamental issue boils down to the entourage effect, this is where the hemp vs. cannabis CBD debate truly heats up.

The pro-hemp argument goes something like this: "CBD is CBD." The CBD molecule is the same whether it comes from hemp or cannabis, and the body doesn't care where it originates from. This is correct, and CBD in hemp can provide significant health advantages! "CBD is CBD, but the difference is everything else," Samantha Miller, president and chief scientist of the cannabis testing company Pure Analytics, put it succinctly.

The entourage effect states that the phytochemicals in cannabis and hemp (particularly cannabinoids and terpenes) act better together. They have a synergistic relationship in which they assist and collaborate to give a stronger therapeutic effect or health benefit than any one of them could provide on their own.

Furthermore, the proportions of these phytochemicals in any given strain, or even an individual plant, determine a specific therapeutic effect; this is why you'll hear that some strains are better for sleeping or stimulating appetite, while others are prized for pain relief or stimulating creativity. Both hemp and cannabis products can be full-spectrum, which means they contain CBD and THC as well as the plant's many other natural phytochemicals. The ratios, or how much of each of the cannabinoids and other phytochemicals each product contains, are where hemp and cannabis products differ.

THC levels in hemp-derived extracts are limited by legislation (less than 0.3% by dry weight). While hemp extracts may contain trace levels of other cannabinoids and terpenes, patient experience suggests that cannabis extracts are more medically effective, thus the entourage effect may not be as important.

The main thrust of the entourage effect argument on the cannabis side is that cannabis' phytochemical profiles are richer and more robust, and that the interplay or synergy between compounds like cannabinoids, terpenes, and flavonoids is what provides the greatest benefit to human health and healing. When it comes to the natural presence of these essential active chemicals, hemp falls short of cannabis.

Cannabis is a plant that produces a thick material containing cannabinoids. Cannabis has about a hundred of these compounds. In your body, they trigger drug-like effects.

The most frequent cannabinoids discovered in cannabis products are CBD (cannabidiol) and THC (tetrahydrocannabinol).

CBD and THC both have 21 carbon atoms, 30 hydrogen atoms, and two oxygen atoms in common. The difference is that they don't have the same chemical structure, thus the body treats them differently. These chemicals connect to neurotransmitters in the brain, influencing mood, pain, sleep, and memory.