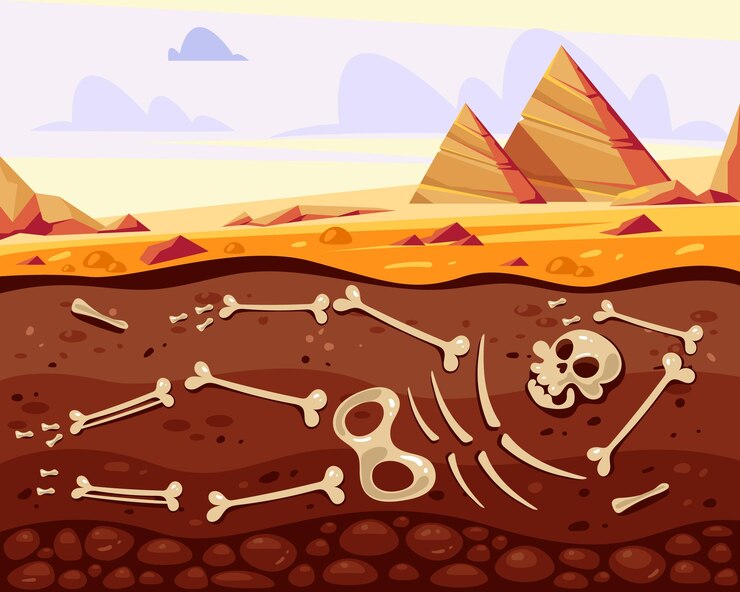 Scientific investigation in Borneo has unearthed the world's first documented instance that stone age humans conducted surgical amputation. This discovery represents a significant achievement in the annals of human prehistory.

According to CNN, in a cave in Borneo, researchers have described the bones of a young adult who, at some point between the ages of 3 and 11, had their left lower leg and foot severed. After the operation, the patient lived for another six to nine years.

The findings, which were published in Nature, concern the skeleton of a young adult discovered in a cave on the Indonesian island of Borneo.

At some point before reaching adulthood, at least 31,000 years ago, the individual had amputated a portion of their left lower leg and left foot. The surgery was successful, and the patient will likely live for another six to nine years.

A 31,000-year-old amputee from Borneo belonged to a cultural group famed for its creativity. An amputated limb in a hilly area would need much care and support from one's community if one survives for a long period.

It would have been crucial to providing the amputated limb with constant attention after the operation, including cleaning and disinfecting the incision. To expose and navigate the veins, vessels, and nerves, the surgeon or surgeons performing the procedure needed an in-depth understanding of anatomy and the muscle and vascular systems.

The Australians speculated that the hunter-gatherers of Borneo could have known about the antiseptics and other therapeutic plants that flourish there.

Charcoal recovered in sediment layers above, around, and below the skeleton was radiocarbon dated, and the tooth enamel itself was radioactively dated by monitoring the decay of uranium isotopes.

A big ball of ocher, a mineral pigment used in Stone Age cave paintings, was buried beside the fetal corpse, making this the earliest known purposeful burial in the islands of Southeast Asia. The skeleton was discovered by a group of archaeologists from Indonesia and Australia.

Liang Tebo, a big limestone cave in a remote, mountainous setting with human hand stencils on the walls, was the cave is only accessible by boat at certain periods of the year.

Extinct human species, including the small-sized Homo floresiensis and Homo luzonensis, were discovered on islands in the same area as the world's earliest figurative rock art, which was discovered in caves in Indonesia.

The first successful large maritime trip began in this region, Maxime Aubert, a professor at Griffith University's Centre for Social and Cultural Research in Queensland, said:

From this place, people left by boat to transverse Island South Asia to reach the mainland of Papua and Australia. We now know that in addition to being very skilled painters, (they were) also highly skilled in the medical sciences. At Liang Tebo, we came across this ancient amputee less than 1 meter from the surface, and we know we still have another 3-4 meters of sediments to excavate before bedrock.

Because of concerns about the spread of Covid-19, the 2020 excavation had to be halted early. The Australian archeologists had to rush home to prevent border restrictions that would persist for nearly two years.

They can't possibly yearn to return. Perhaps additional human remains or those of some other species will be discovered.

Possibly game-changing medical artifacts are buried in a small grave in a dark Indonesian cave. Scientists have used radiocarbon dating to determine that the corpse has been in the Liang Tebo cave for at least 31,000 years.