The Amazon Rainforest Is Approaching A Crucial Tipping Point 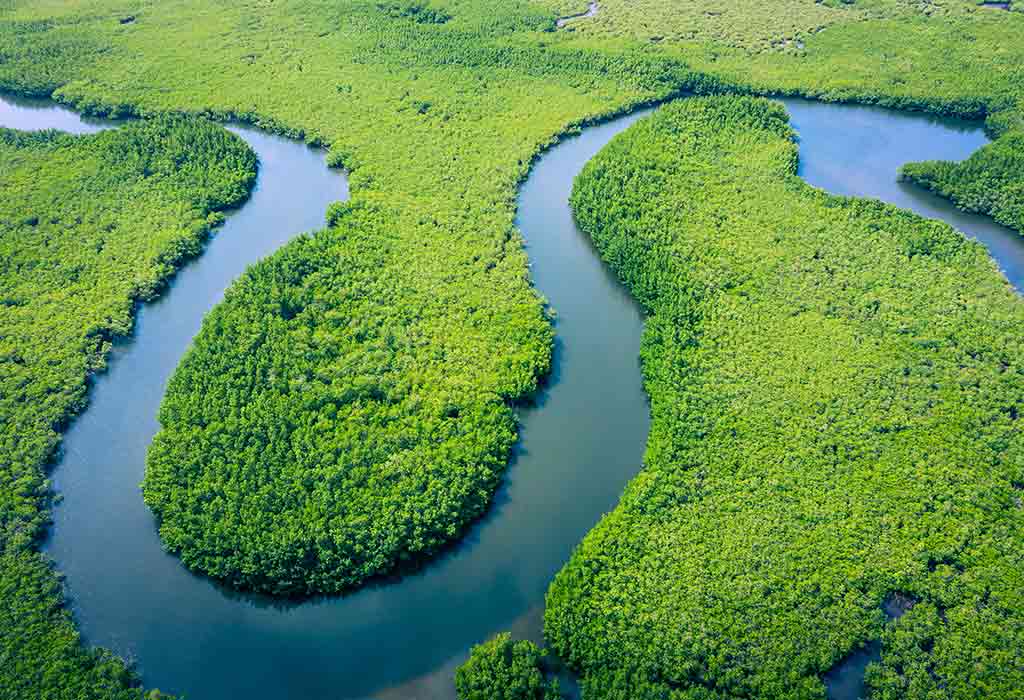 Indigenous leaders from nine countries and territories in the Amazon region delivered a report saying the Amazon rainforest is approaching a crucial tipping point that could turn it to savannah earlier than planned.

Vast swaths of the southern Amazon rainforest are gone, and the rest will follow if deforestation isn't stopped.

Once a certain proportion of the Amazon rainforest is lost, it won't be able to hold enough moisture and provide enough rain. This would turn the world's greatest rainforest into a non-renewable savannah.

The new analysis is based on real-world satellite data over the past three decades, not computer models.

Seventy-five percent of the untouched forest has lost stability since the early 2000s, making droughts and wildfires harder to recover from.

The biggest loss of stability is near farms, highways, cities, and drier areas, which suggests that forests are being cut down and that the earth is getting warmer. These causes "may have pushed the Amazon near a critical threshold of rainforest dieback," scientists say.

Timothy Lenton, a scientist at the University of Exeter and co-author of the study, said:

“It’s worth reminding ourselves that if it gets to that tipping point and we commit to losing the Amazon rainforest, then we get significant feedback on global climate change.”

Years ago, scientists predicted an Amazon tipping point. With enough heat in the future, computer models and simulations show that the ecosystem of the rainforest could change in a way that can't be changed back.

The study uses three decades of satellite data to track how trees and other vegetation recover from storms, droughts, and other disturbances. Amazon has lost resiliency for 20 years. Most places recover more slowly today than two decades ago.

As a forest dies, a new cycle may begin. Fewer trees means a drier region. Droughts kill more trees, and wildfires can get worse, destroying large swaths of forest.

According to Chris Boulton, a physicist at the University of Exeter and the study's primary author, “Once it starts, my sense is it could happen in decades.”

One of many potential climate system tipping points on Earth is the Amazon rainforest.

For example, scientists have warned that the Greenland and Antarctic ice sheets might each have their own critical thresholds. This means that if future warming is bad enough, it could lead to uncontrollable ice loss and the possibility of a catastrophic ice sheet collapse. The effects on the world's sea levels of such an event would be catastrophic.

According to studies, the Atlantic Meridional Overturning Circulation, one of the world's greatest ocean currents, may be slowing down as the earth heats. The AMOC, which helps move heat between the equator and the Arctic, has a big effect on the weather and temperature in the Northern Hemisphere. Some experts say that the current may have a tipping point beyond which it could fall apart completely.

There is substantial discussion over the Earth's tipping points and how much heat it would take to actually cross them, according to a new assessment from the Intergovernmental Panel on Climate Change (Climatewire, Aug. 12, 2021). All of these are possible, but some of them bring up more important questions than others.

In the coming decades, the ice sheets are likely to melt at an ever-increasing rate, which makes people worried about a rise in sea level around the world. However, a catastrophic ice sheet collapse over the next 100 years is quite unlikely. Similar to the AMOC, it is expected to slow further but is unlikely to collapse in this century.

On the other hand, there is more talk about Amazon's near-term future.

A report by the Intergovernmental Panel on Climate Change (IPCC) says that the Amazon may reach its tipping point by the end of this century because of both global warming and cutting down trees. But it also acknowledges that there is still much discussion surrounding that. Modeling studies have frequently disagreed on the location of the threshold.

The new study doesn't offer any specific prognostications regarding it.

According to Lenton, “We can’t turn this into a definitive forecast of when the tipping will happen.”

The study merely emphasizes that there are existing warning flags. Because the Amazon isn't regenerating as quickly as it once did, it is more susceptible to the kinds of disruptions that could finally start its rapid extinction.

According to the writers, there is some encouraging news mixed in there. There is still time to work to save the Amazon because the tipping point has not yet occurred. And the research has some significant, if predictable, hints about how to go about doing it.

The key is to halt global climate change. Droughts, wildfires, and other disasters that harm the rainforest can be lessened by slowing global warming.

And it's critical to stop deforestation. The study shows that the Amazon is clearly suffering as a result of human land usage.

“The resilience loss that we observed means that we have likely moved closer to that critical point, to that tipping point,” said Niklas Boers, a modeling scientist at the Technical University of Munich and another co-author of the new study. “It also suggests we haven’t crossed that tipping point yet, so there is still hope.”