The Preanalytical Stage - Its Effects And Factors Interfering With Biochemical Parameters 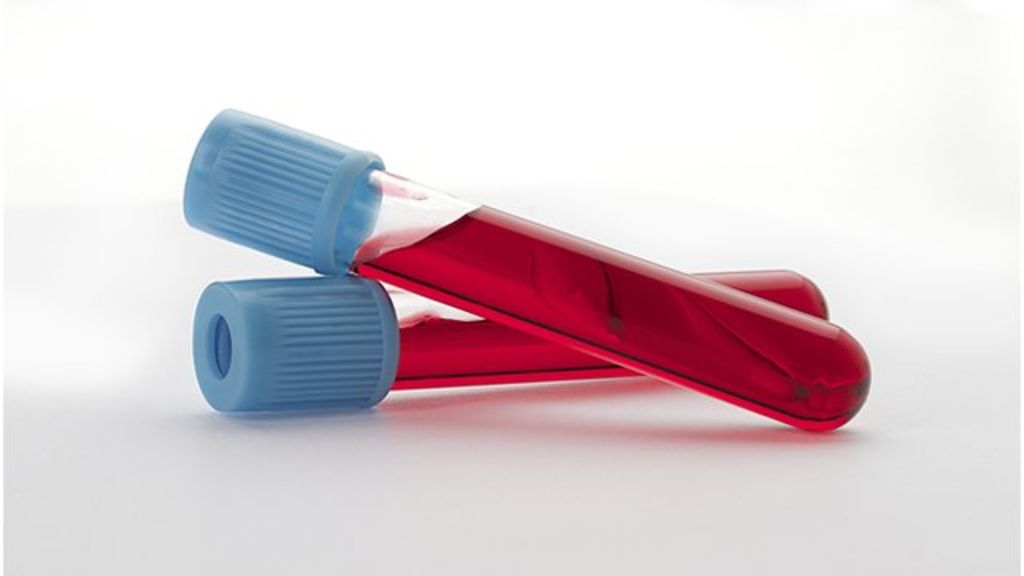 The magnitude of errors decreased as the analytical phase was improved by focusing on analytical quality, so the preanalytical stage was the most error-prone stage with a percentage of 46–71.

The magnitude of the error increases in the human-dependent parts of the process, such as sample collection, handling, transportation, and storage, which are largely beyond the laboratory's control. The burden of phlebotomy has increased as the number of laboratory tests per patient has grown.

Better control of these variables will improve the overall quality of the analysis, for which accreditation agencies place a large emphasis on laboratories.

Blood samples have received a lot of attention because it influences the physiological states of the body's systems.

Venipuncture, also known as phlebotomy, is an intravenous blood collection procedure that is commonly performed from the median cubital vein. A good phlebotomy technique should cause the least amount of pain to the patient, reduce the risk of recollection, and prevent haemolysis. Phlebotomy mistakes are found to be responsible for 24%–30% of serious patient misdiagnosis.

Because of the vacuum inside the tube, the arm must be positioned downward during blood collection to avoid possible additive backflow (EDTA, heparin, etc.). The phlebotomy site with a running IV should be avoided, but if there is no other option due to mastectomy, hematoma, or infection, the distal site of the IV should be chosen.

Needle or syringe: due to the force applied during aspiration and transfer into the tube, syringe use in venipuncture is a major cause of in vitro haemolysis. The vacuum inside the tube is set to collect the correct amount of blood into the tubes. When multiple types of specimens are required, however, venipuncture with a syringe and aliquoting the blood from the syringe frequently results in a small volume of blood in the tube.

Blood is a vital biological substance that controls how the body functions physiologically. Whole blood, plasma, and serum are three types of blood specimens that can be used and chosen depending on the laboratory's needs and the analyte being studied. The majority of routine clinical chemistry and immunochemistry assays can be performed on serum or plasma. However, there are some caveats to using anticoagulated plasma specimens, as they produce different results for some analytes than serum.

Collecting blood in a tube with an anticoagulant and skin puncture are both simple ways to obtain a whole blood sample. The use of whole blood has the advantage of eliminating the sample preparation time for urgent results. Because of the high content of tissue fluid that increases with the squeezing of the fingertip, the first drop of blood obtained by skin puncture should be discarded. Capillary blood samples resemble arterial blood values more closely than venous blood samples. The concentrations of glucose in venous blood are about 7% lower than those in capillary blood. In fasting subjects, there is little difference between arterial, capillary, and venous samples.

Prior to use, a whole blood sample must be mixed. Because platelets do not tolerate refrigeration, which causes cell modification, freezing whole blood is not recommended. If the tube stand is in the refrigerator, the sample is ready for analysis once the tube has been warmed up to room temperature.

Plasma samples are the most commonly used in emergency rooms due to their quick turnaround time. Plasma is obtained by centrifuging whole blood, which contains fibrinogen and an anticoagulant not found in serum. The fibrinogen inside gives the plasma its hazy color. The "buffy coat," which is made up of a mixture of WBCs and platelets, is a cloudy colored thin layer between the liquid form (called plasma) and the RBC.

Because fibrin clots retain some water and the remaining liquid portion decreases, plasma is preferred for small volumes of blood or hardly collected samples. The concentrations in plasma are lower than in serum due to the higher volume of the watery portion of the blood. Total plasma protein concentration is approximately 3% higher than serum because plasma contains fibrinogen.

After coagulation, serum is the watery, fibrin-free portion of blood that remains. Without the use of an anticoagulant, serum can be extracted by centrifuging the blood collected in the tube. Because platelets and coagulation factors are activated when blood vessels are punctured, their activation continues in sample tubes. Platelets release a small amount of potassium into the serum during the clotting process, so lysis of blood cells (especially platelets) causes an increase in platelet components such as potassium, Neuron Specific Enolase, and acid phosphatase concentrations.

To make the stoppers easier to remove and maintain the lower pressure inside the tubes, the manufacturers coated them with lubricant. Blood samples could be contaminated by the components of the stopper and lubricants. The magnesium assay was hampered by silicone in the stopper lubricant.

The "silicone-separator gel" (SST) tubes, which also contain silica particles to facilitate clotting, were introduced to separate serum from the clot quickly and completely. A block copolymer, a gelling agent, and a liquid vehicle are all components of gel formulations. Because of its intermediate density (1.04 g/cm3) to that of the serum, the gel physically moves upward to the supernatant–cell interface during centrifugation. A thixotropic polyester gel with a high degree of hydrophobicity is the most common gel material. However, interferences occurred when samples were stored for hydrophobic drug assays. In serum separator tubes, Chang et al. discovered falsely elevated CRP levels. For homocysteine testing, freezing or storing the samples on the gel is not advised.

Pseudohyperkalemia is defined as a significant increase in potassium levels in the absence of clinical electrolyte imbalance. The cause of potassium leakage from platelets during the clotting process, white cell breakdown, or erythrocyte damage in serum could all be factors. Haemolysis is the breakdown of red blood cells (RBCs) and the release of hemoglobin and other intracellular components into the plasma, resulting in a rose or even red color. The rate of sample rejection due to haemolysis is high (60%), with the worst part being interference detected even in invisible haemolysis.

Leukocyte lysis during phlebotomy and whole blood coagulation in patients with malignant leukocytosis, as well as platelet lysis in myeloproliferative disorders, can cause pseudohyperkalemia.

The prevention of clot formation due to platelet rupture and potassium release is attributed to lower potassium concentration in plasma.

Hemolysis prevents the formation of diazonium in the bilirubin procedure by inhibiting the pseudoperoxidase activity of free hemoglobin. Even in mildly hemolyzed specimens (0.5–1 g/L), total bilirubin concentrations were found to be lower due to hemolysis.

Due to the photosensitivity of bilirubin, samples must be protected from light until they are analyzed.

Because LDH activity is found in the cytoplasm of all cells, lysis results in falsely elevated LDH levels. The 0.27 g/L of free Hb in plasma resulted in a more than 20% increase in levels, indicating a form of haemolysis that is not visible.

Because hemolyzed samples containing fetal hemoglobin (HbF) interfere with the Jaffe reaction, negative creatinine results are possible. Because HbF is alkali resistant, color change occurs slowly in the presence of NaOH and interferes with the reaction, so the enzymatic method is recommended for babies under <1 year of age.

The presence of IgM class paraproteins interferes with the Biuret method's determination of total serum protein.

Pseudohyponatremia can be caused by taking a sample from an IV site and diluting it with hypotonic fluid (5% dextrose). This causes hyponatraemia, which is easily identified by a high serum glucose level. As a result of the increased viscosity caused by monoclonal gammopathy and the resulting decrease in the watery portion of plasma, falsely low sodium concentrations can occur.

What Are Preanalytical Variables?

Any and all procedures that occur during sample collection and prior to sample analysis are referred to as pre-analytical variables. Patient identification, physical sample collection, sample transportation to the testing location, and sample preparation are all part of this process.

What Are The Main Pre-Analytical Variables Which Can Affect This Method?

Sample type, sampling time, sample handling, patient preparation, and nutritional status of the patient are all preanalytical factors that can influence the results.

What Is An Example Of A Preanalytical Variable?

Physiological variables such as the effect of lifestyle, age, gender, pregnancy, and menstruation, as well as endogenous variables like drugs and circulating antibodies, all fall under the broad umbrella of the preanalytical phase.

What Are The Factors That May Interfere The Accuracy Of Blood Analysis?

Diet, deprivation, exercise, posture, daily and seasonal changes, menstrual cycle, and pregnancy are the most common of these factors. The key question is whether a typical meal has an impact on laboratory results.

The analytical phase's quality improved as a result of the medical laboratories' and manufacturers' interest, strict control, and strict adherence to quality procedures established both internally and externally. Although it may appear to be a puzzle, the same interest in preanalytical stage errors will also reduce errors.