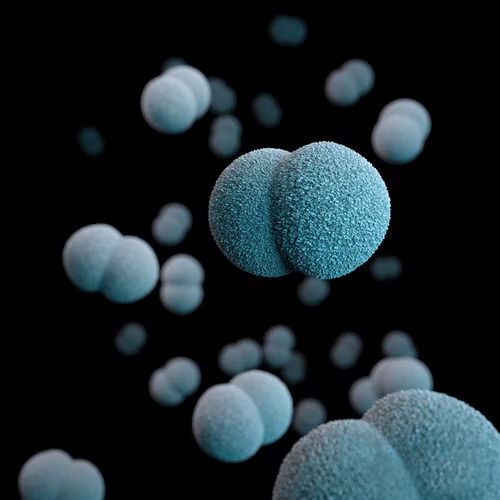 The continuing COVID-19 epidemic demonstrated the importance of mobility in the transmission of infectious diseases. The previous research has found a link between a city's structural organisation and its citizens' mobility habits. This shifts the focus of disease observation and intervention to urban areas.

With new variations of the COVID-19 virus posing new dangers, the pathogen is still alive. However, non-pharmaceutical measures such as social distance, travel restrictions, and remain at home orders have been widely used due to the sluggish rate of immunisation. For example, the initial wave that struck China was preceded by an inter-city movement from Wuhan, known to have a role in spreading processes. Long-distance air, land, and sea transit across countries and continents enable fast global spread, bringing the illness to be new and vulnerable areas. Early travel limitations are less valuable if the disease has an incubation period longer than a day or asymptomatic transmission. However, limiting foreign flights has proven ineffective in preventing disease spread unless implemented extremely early and thoroughly.

A group of 11 scientists from various countries (Spain, France, the United Kingdom, the United States, and Hong Kong), led by Javier Aguilar and Aleix Bassolas, demonstrated that the organisation of urban flows has a significant impact on disease spread and the applicability of various mitigation strategies. This research was published in "Scientific Reports" in the first week of March-2022. They showed that the response of cities to epidemic spreading could be roughly classified into two major types based on the overall organisation of those flows by studying anonymous and aggregated intra-urban flows in a variety of cities in the United States and other countries and using a combination of empirical analysis and analytical methods. Hierarchical cities, where flows are predominantly focused between mobility hotspots, are susceptible to disease propagation.

They looked at how the spatial structure of urban mobility influences essential elements of local spreading patterns and the effectiveness of various mitigation measures. According to a recent study, when it comes to the internal organisation of city-wide mobility patterns, urban environments may be characterised as centralized-hierarchical or decentralized-sprawled56. The degree of centralisation can be captured in a statistic known as the flow-hierarchy. In the first phase, they examined government surveillance data at the county level in the United States and human mobility records from the Google COVID-19 Aggregated Mobility Research Dataset. The study of 22 of the most populated cities in the United States found that intra-urban mobility hierarchy is linked to more extraordinary incidence peaks and quicker epidemic propagation in towns. They replicated the empirical findings using a compartmental model of epidemic spread on cities with varying levels exhibiting more extraordinary peaks and faster outbreaks in more hierarchical cities than sprawling ones, regardless of population density or form. The findings are of critical importance in the context of global and national surveillance systems, enhancing epidemic risk perception and preventing fresh waves of infections caused by novel COVID-19 variations and new viruses in general.

The Google COVID-19 Aggregated Mobility Research Dataset generated the mobility flows. Machine learning is used to automatically partition log data into semantic trips to create this dataset. All travels were anonymised and aggregated over a week using differential privacy to ensure strict privacy. The epidemic data were obtained from two different sources (USAFacts and NY Times). Our study was limited to the period associated with the so-called initial wave of infections. For analytical purposes, they gathered data on the 22 major metropolitan regions in the United States, based on counties and populations of more than 2 million people. The incidence curve, which corresponds to the number of new cases discovered in a day per capita, is used as the foundation for studying the epidemic's progress. In the case of data, the number of identified persons is determined by the testing policy. Still, the number of detected individuals is determined by the number of newly infected individuals in each simulated day in the models. Aside from the direct height of the incidence peak, they were curious about how quickly the spreading process began in each community.

The primary response to the epidemic's early-onset was mobility restrictions corresponding to stay-at-home measures, modifying the spatial patterns of urban mobility and disrupting most of the routes used by the virus to propagate the mobility hotspots were spread across the metropolitan area. In contrast, Chicago and NYC were more hierarchical, with their hotspots clustered centralised. The new mobility hotspots that appeared following mitigation revealed those regions that had previously been top hotspots. While the initial top hotspots of hierarchical cities like New York or Chicago stayed in the limited mobility phase, new areas of mobility activity evolved in an expanded way, effectively diffusing mobility across more significant portions of the city and reducing agglomeration. The resolution of the epidemic data enables us to conduct a granular examination of the impact of lockdowns by analysing the extent to which certain portions of the city aided in the transmission of the virus to other parts of the city. Localisation in spreading occurred along with the same phenomena in mobility, with a relative rise in self-flows and a decrease in inter-area flows in administrative units. While each organisational unit's impact on infection-spreading decreased comparably, there is a significant variation in how they were synchronised in their reaction to mobility mitigation.

From a policymaking standpoint, this research has several implications: Given the limited resources for testing and monitoring in most of the poor world (and, indeed, in portions of the rich world), it seems wise to identify cities that are more prone to spread ahead of time and deploy resources there first. Furthermore, the data sheds light on the efficacy of non-pharmaceutical therapies. Given that time-to-response is especially critical in hierarchical cities inside or near an epidemic outbreak, it is adequate to implement mitigation measures as early and comprehensively as feasible. With their spread mobility and less linked flurries, Sprawled cities have a longer time frame in which to implement policy interventions. However, the intensity of the reaction is still critical in reducing the ultimate number of cases. Similar insights may be applied to vaccination programmes, given their more restricted supply. While well-established graduated vaccination procedures have been followed worldwide, in the face of exponential growth, as seen in waves in India and Brazil, it may be more effective to deploy vaccines taking mobility hotspots (e.g., service workers) into account, motivating new research in optimal spatial vaccination strategies. While discussed in the context of COVID-19, the findings are generally relevant to other respiratory infectious illnesses. In terms of the post-pandemic urban plan, much as TB and other illness epidemics impacted the structure of contemporary urban space in the past.