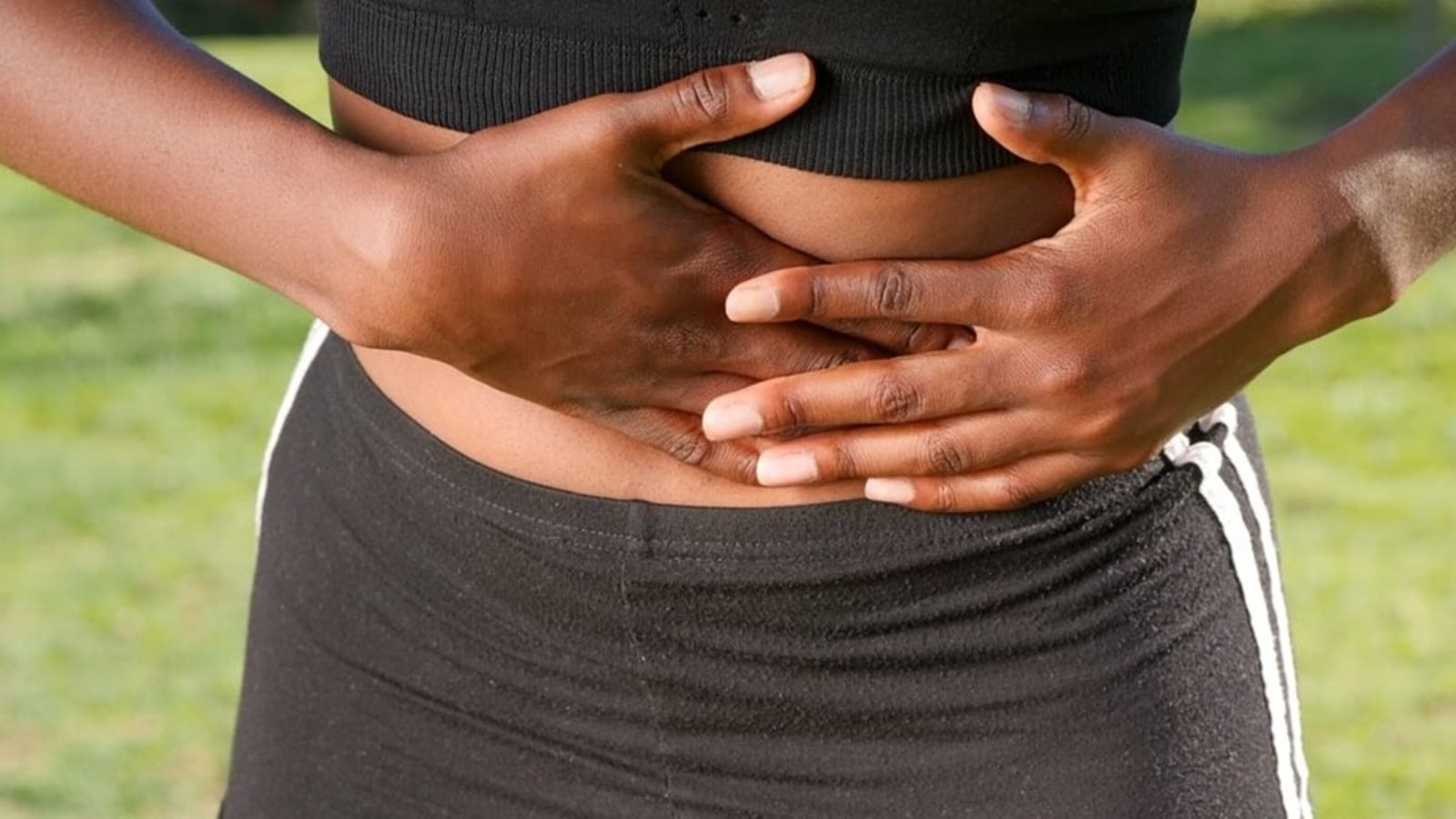 Treatment of IBS and IBD with CBD - Inflammatory bowel disorders are defined based on their principal symptoms, which are typically diarrhea, constipation, or alternating symptoms of both, and are exacerbated by stress. These disorders include ulcerative colitis, which can also affect other regions of the body, and Crohn's disease, among others. The GI tract epithelium is integrated with the enteric nervous system, a network of neurons that regulate gut function and where both CB1 and CB2 receptors are abundant, making treatment of IBS and IBD with CBD easier. This is one component of the general link between metabolism and energy balance and the endocannabinoid system.

Millions of people suffer from inflammatory bowel disease; nonetheless, pharmaceutical treatment is woefully inadequate. CBD has antioxidant and other pharmacological effects that are potentially beneficial for the inflamed gut, making CBD treatment of these ailments (IBS and IBD) very effective.

Several research over the last decade have revealed the chemical messengers and endocannabinoid receptors involved in controlling and balancing the GI system. FAAH, in particular, is an enzyme that is critical in the modulation of intestinal physiology via anandamide and other endocannabinoids. CBD, in particular, has been found to stimulate the endocannabinoid system by inhibiting the FAAH enzyme, which is responsible for the breakdown of anandamide, thereby boosting its availability. A 2016 study was the first to show in the lab that blocking FAAH may decrease colitis by reducing activated T cells and the inflammatory response in the colon.

"These pathways may link stress to stomach pain," researchers reported that year. "The endocannabinoid system (ECS) is also crucial to the manifestation of stress, and endocannabinoid signaling decreases the activity of hypothalamic-pituitary-adrenal pathways via effects in specific brain areas, most notably the prefrontal cortex, amygdala, and hypothalamus." Agents that affect the ECS are in the early phases of development for the treatment of gastrointestinal illnesses. Increasing our understanding of the ECS will greatly advance our understanding of the interactions between the brain and gut, potentially leading to new treatments for gastrointestinal disorders."

There is no reason to avoid any food unless it triggers or worsens your symptoms. You want to receive as many nutrients from as many different sources as possible. However, if you haven't yet identified the foods that cause Crohn's, ulcerative colitis, or IBD flare-ups, the following are common causes:

Anyone's colon can be irritated by alcohol, caffeine, or spicy meals. If you have inflammatory bowel disease, your issues may be exacerbated. Fat, sugar, and fiber are all difficult to digest. As a result, you may need to adhere to meals that are low in these categories or eat sources with greater levels in moderation.

How Much CBD Do IBD?

There are no formal recommendations for CBD dose for ulcerative colitis or other inflammatory bowel illnesses. If you want a good starting point, we recommend reviewing the dosage of previous human clinical trials to establish the safe amount to consume.

According to the studies presented in this article, patients with IBD respond effectively to doses such as 50 mg of CBD twice a day. Participants who tolerated the chemical well were able to gradually raise their consumption up to 250 mg twice per day for 10 weeks without experiencing any harmful side effects.

The study found that people who used CBD felt better and had less colitis symptoms. A few participants reported minor side effects such as nausea and dizziness.

Can CBD Cause Intestinal Problems?

Nausea and gastrointestinal problems are quite common CBD oil adverse effects. This might result in vomiting, diarrhea, disorientation, and other symptoms linked with a digestive condition (think how you would feel after eating something that disagreed with you). Some folks simply don't digest CBD oil well. This is frequent with oils and supplements.

However, this is frequently caused by the fact that this is an unregulated supplement. There are no standards for dosage or safe measurement, so you may receive considerably more than your body can manage. At this time, your body will just flush it out.

Is CBD Good For Crohn's Disease?

You're undoubtedly wondering if CBD can help with Crohn's disease; after all, it's an IBD ailment.

According to an Israeli study that examined and evaluated the effects of cannabis use on individuals with various kinds of IBD, including Crohn's disease. The research team gathered 127 medical cannabis patients and closely monitored them using a variety of assessment methods. These covered various kinds of cannabis intake, the usage of other drugs, side effects, and the long-term implications of cannabis use. The scientists also considered the precise THC and CBD levels consumed by the study's subjects.

After 42 months of therapy, researchers utilized the Harvey-Bradshaw Index to examine the effects of medicinal cannabis on the patients' symptoms and overall well-being. A lower index score implied less Crohn's disease symptoms. Cannabis users saw their index score drop from 11 to 5, and their bowel motions decreased from 7.0 to 3.4 on average. The subjects also reported a significant reduction in pain.

The study's findings were optimistic, with 78 percent of participants reporting no serious side effects. Some people suffered relatively minor adverse effects, such as dry mouth and short-term memory loss. However, many individuals also stated that the benefits in their symptoms surpassed these modest effects.

The study's authors concluded that cannabis can cause clinical benefits in persons with IBD, as well as reduced pharmaceutical use and weight gain. They also found that the participants responded effectively to a daily dose of 21 mg THC and 170 mg CBD.

Taking CBD For IBS And IBD - Dosage And Delivery

It is recommended that patients consult with a health-care practitioner who has experience suggesting CBD or medicinal cannabis so that dosage and delivery methods can be devised and fine-tuned on an individual basis. At the same time, educated and aware patients can be their own highly informed health consultants.

CBD products with a ratio of 20:1 or greater are advised and administered as drops in oil, pills, or edibles. Patients should choose which administration system is least disruptive and best absorbed by their bodies. Cannabinoids have the potential to be very successful in lowering chronic inflammation, relieving transient stress, and shielding the body against the physiological impacts of both. Beyond CBD, CBG is a potential cannabinoid for gastrointestinal inflammation. Patients suffering from inflammatory bowel disease prefer "purple" and "Afghan" kinds, as well as those strong in limonene. Alcohol-based tinctures should generally be avoided by IBS patients. Also, cultivars strong in THCV may reduce appetite.

Always start with a microdose to test sensitivity and gradually increase within the dosage range until symptoms diminish. To treat inflammatory bowel disease, a micro to normal dose is usually advised.

Vaporizing or smoking are effective methods for relieving nausea and other acute symptoms. The medication's action is instantaneous and lasts one to three hours, whereas most ingested products take thirty to sixty minutes to take effect (faster on an empty stomach) and last six to eight hours. Vaporizers that employ a cartridge filled with the CO2 concentrate are quite effective, and they are available in a variety of CBD to THC ratios. Herbal vaporizers that use the entire plant are another excellent delivery route. Sublingual sprays or tinctures administered as liquid drops work immediately and last longer than inhaled medications.

While studies has shown that treating IBS and IBD with CBD is a better alternative than pharmacological treatment, it is important to consider the potential adverse effects that CBD may have for each individual. If you opt to treat these disorders with CBD, always start with a low dose to see how CBD interacts with your body. When using CBD for the first time, never self-medicate; instead, consult with a doctor who has experience with CBD.