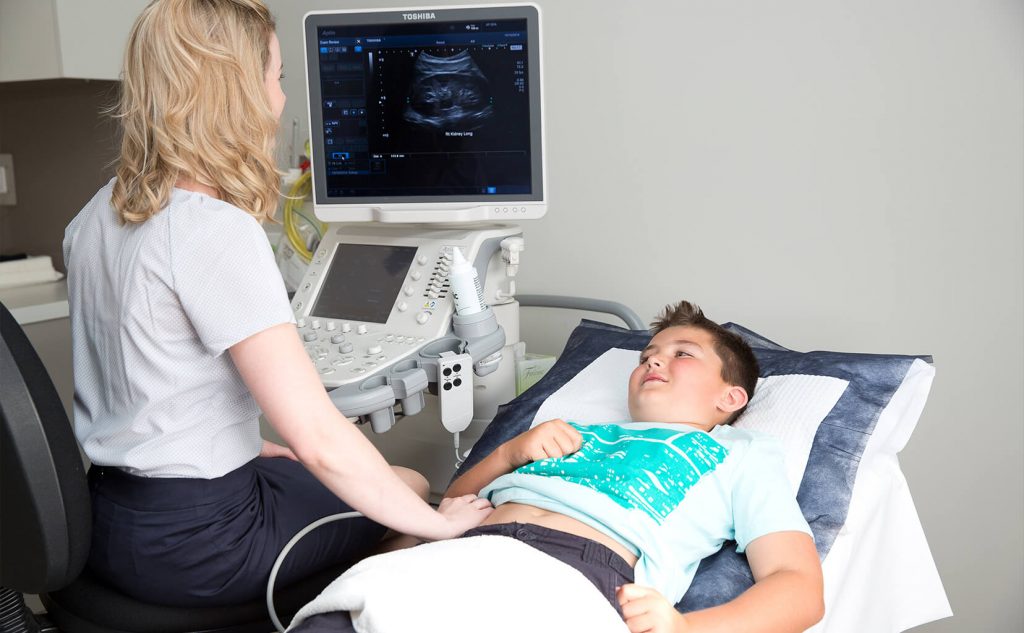 Nearly all hospitals and clinics often use ultrasound imaging. Compared to other imaging methods like magnetic resonance imaging (MRI) and computed tomography (CT), ultrasonic imaging seems to have advantages due to its inherent flexibility, low cost, real-time imaging capability, use of non-ionizing radiation, and lack of known bio-effects.

Most ultrasonic diagnostic tools have been one-dimensional (1D) array transducers with piezoelectric components arranged in one dimension, which can take cross-sectional pictures in two dimensions (2D).

Real-time 2D ultrasound imaging has helped a lot in getting important diagnostic information from patients quickly and without hurting them.

But with three-dimensional (3D) ultrasound imaging, doctors can use ultrasound to see disease as a volume and learn more about the patient's anatomy.

Volumetric ultrasound pictures give more accurate diagnoses, which gives the doctor more confidence in his or her decision.

What Is Ultrasound Imaging?

Ultrasound imaging, often known as sonography, is a technique that utilizes high-frequency sound waves to create an image of the inside of the body. Because ultrasound pictures are collected in real time, they are able to reveal not only the movement of the body's internal organs but also the flow of blood via the body's blood arteries. In contrast to X-rays, imaging with ultrasound does not expose the patient to any kind of radiation that can damage cells.

An ultrasonic exam involves placing a transducer, often known as a probe, either directly on the patient's skin or inside of a bodily orifice. A small amount of gel must be put on the skin to make it easier for ultrasonic waves to travel from the transducer through the gel and into the body.

The ultrasound picture is created by the reflection of the waves off of the bodily structures. The volume of the sound signal (also known as its amplitude) and the time it takes for the sound wave to travel through the body provide the information needed to create a picture.

What Are The Uses Of Ultrasound Imaging?

Imaging using ultrasound is a kind of diagnostic testing that aids in the evaluation, diagnosis, and treatment of a variety of medical disorders. The following are examples of common ultrasonic imaging procedures:

The majority of modern 3D sonographic imaging systems are built on 1D (either linear or curved) or annular array transducers, whose precise locations are tracked by a position-sensing tool.

One or more tens or hundreds of piezoelectric elements are arranged in a linear array in 1D array transducers, and all of the elements are fired simultaneously or sequentially to produce a 2D planar picture. The array is inherently 1D, hence the transducer can only capture 2D pictures.

This 1D array transducer is used by mechanical transducers to create a 3D picture by merging 2D images with knowledge of the 1D array's location. Position data may be collected through the transducer's internal stepping motors or an external positioning device in the exam room.

With a mechanical transducer, a 3D ultrasound dataset may be acquired using one of two methods. The first technique, also known as random or free-hand scanning, records the movement of an ultrasonic transducer in space and requires an external positioning device.

The second method, called "mechanical sequential scanning," uses sensors inside the transducer to track its position, and the transducer moves along a path that has already been set.

In free-hand scanning, a sonographer holds the 1D array transducer and moves it over a target, such as the body to be scanned, as is customary. The sonographer controls the acquisition of several 2D pictures at various points and angles.

Then, the information about the angle and position of the transducers from each of the 2D photos is combined and manipulated to make a 3D image.

In this method, the location and orientation of the transducer are both determined by a position-sensing device that is fastened to the transducer.

Data on position has been gathered using a number of position-sensing tools. An acoustic sensor that pulses an acoustic signal to a fixed microphone system in the exam room, a mechanically articulated arm that can be moved like other robot arms, and an electromagnetic sensor attached to the transducer that constantly monitors the transducer's position in space are all examples of devices that are used in practice.

Contrary to the electromagnetic locating system, the acoustic sensor and mechanical articulated arm technologies are often not preferred in clinical settings. Obstetrics and gynecology are the main domains where the free-hand acquisition technique has been used.

Even though the free-hand scanning method gives you a lot of freedom, picture quality is likely to suffer, especially when taking pictures of small objects due to problems with positioning accuracy and uneven scanning caused by using your hands.

By physically moving the 1D array transducer in a precise and specified way, it is possible to eliminate the issues that are associated with free-hand scanning. In order for the imaging process to capture the volume of interest without skipping any areas, 2D ultrasonic pictures are taken at specified spatial intervals when the transducer is moved.

Because the position-sensing system is integrated into the transducer in this manner, the transducer tends to be somewhat bigger when compared to ordinary 1D array transducers.

On the other hand, this transducer gets rid of the majority of the problems associated with the external positioning devices that are required for free-hand scanning. These problems include calibration and accuracy. The mechanical sequential scanning system can take control of a stepper or servo motor so that the position of the 1D array transducer can be changed in a very precise way.

The technique of having 3D ultrasound pictures instantly accessible after the examination is the optimum method, but it is also the one that presents the greatest challenge from a technological standpoint. By using a number of different methods, electronic scanning can be done over a plane to get information in three dimensions.

These transducers are able to create and steer an ultrasonic beam in both horizontal and vertical directions. After the sound pulse has been sent into the wide-angle cone volume using parallel processing, the volume can be sampled using many sound beams in a single pass.

In theory, the pictures that have been combined are actual real-time 3D ultrasound scans. It is thought that the 2D matrix array transducer is more suited for examining the heart than it is for looking into the belly. This is due to the fact that the 2D matrix array transducer is quite tiny. Newly available commercial goods, on the other hand, have broadened the scope of its use to include obstetrics and gynecology.

What Are Ultrasounds Used For?

What Is The Difference Between Ultrasound And Imaging?

What Is The Difference Between Ultrasound And Ultrasonic?

In the field of medicine, ultrasound, often known as ultrasonography, is the process of producing pictures of structures located within the human body by using high-frequency sound vibrations (ultrasonic waves). Sound waves that fall outside of the audible frequency range for humans are referred to as ultrasonic waves.

How Is An Ultrasound Performed?

A medical professional will perform an ultrasound on you by moving a device known as a transducer or probe over a certain region of your body or by inserting it into a bodily orifice. Your provider will spread a tiny coating of gel over your skin in order to facilitate the transmission of ultrasonic waves from the transducer into your body. These waves will go through the gel and into your body.

3D ultrasound imaging is a relatively new and exciting technology that has sparked interest in academic communities as well as commercial industries for offering new opportunities in patient visualization.

This interest has been sparked by the fact that 3D ultrasound imaging offers new possibilities. Because computer and signal processing technology is always getting better, it now only takes a few seconds to get, analyze, and show volume data.

This has opened up a wide variety of doors for the creation of more efficient methods of quick diagnosis and intervention.

The persistent advancement of transducer technology is playing a critical part in improving the performance of 3D imaging in order to supplant existing 2D sonography by delivering real-time capability and interaction. It is expected that 3D ultrasound imaging will become an important part of diagnosing and treating patients every day in the not-too-distant future.