Verticillium Wilt Of Cacao - Effects Of Its Integrated Management 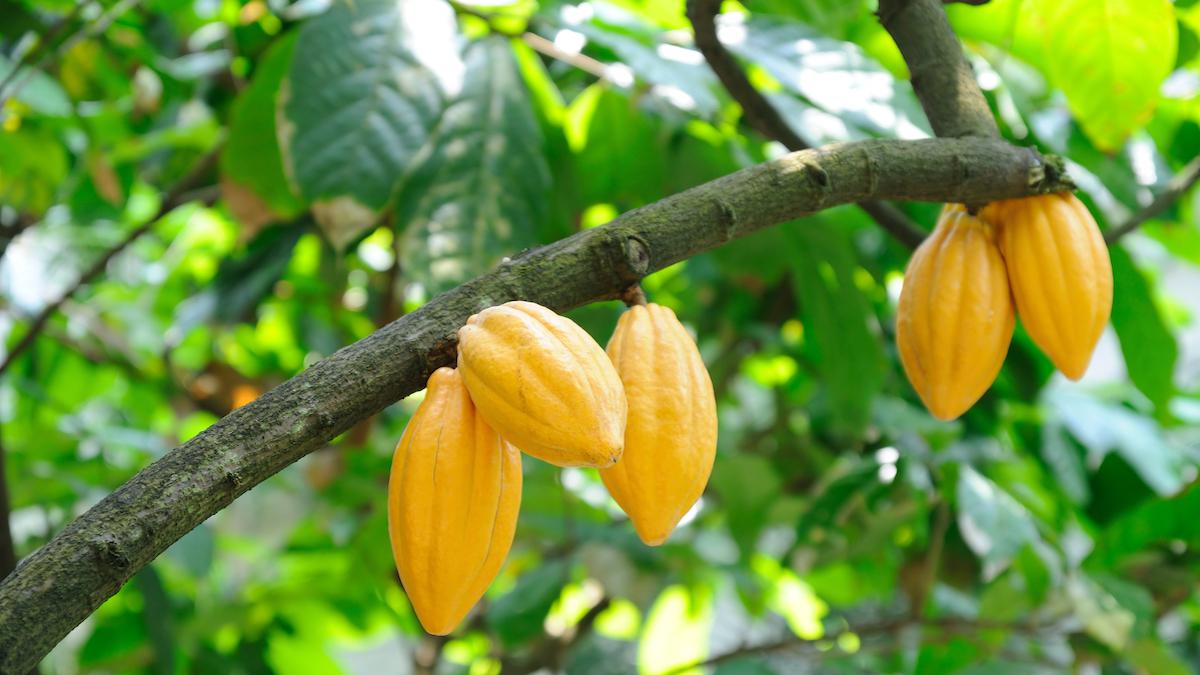 The vascular condition, the soil borne fungus verticillium dahliae, is responsible for the verticillium wilt of cacao (Theobroma cacao), which is frequently categorized as a minor disease.

Locally, it can yet result in significant losses, as in western Uganda and the northeast of the Democratic Republic of Congo, for instance.

Because of its wide range of hosts and protracted persistence in the soil, this disease is particularly challenging to treat.

As a result, verticillium wilt must be managed by an integrated approach similar to that used for other tree crops like olive.

However, there isn't much research that specifically addresses how to treat this condition in cacao. An overview of our understanding of verticillium wilt on cacao and integrated disease management techniques for avoiding and controlling it are provided in this article.

Additionally, promising directions based on discoveries in other crops that might be applied to cocoa are investigated.

The use of organic amendments with or without biocontrol agents, genetic resistance, biological control, induced resistance, and good agricultural practices are all mentioned.

Additionally, the potential advantages of some of these remedies are discussed in relation to the enhancement of nutrition, abiotic stress, and resistance to various cocoa diseases.

Following this study, verticillium wilt on cocoa was recorded in Brazil, where it's a significant problem in Bahia and Esprito Santo. In certain locations, it caused 10% yearly plant mortality. Colombia and Peru have also detected verticillium dahliae on cacao. In Ecuador, a pathogen causing cocoa wilt was identified as a verticillium genus but not species.

Fungicides benomyl and azoxystrobin reduced verticillium wilt in avocado crops, although they were less successful than cultural practices. Economic and environmental considerations weren't considered, nor was the fact that benomyl is illegal in several nations.

Verticillium wilt control in cacao is underrated. Biological, chemical, physical, and cultural control techniques are needed to reduce verticillium wilt losses and prevent its spread to new planting areas. In the field, an integrated approach proved most effective for managing avocado Verticillium wilt.

Management Of Verticillium Wilt In Cacao

Good agricultural control techniques are the foundation of any cacao pest and disease management approach. This applies to verticillium wilt, hence strategies to limit its occurrence, severity, and spread are needed.

When planting new cacao, seedlings and potting soil should be disease and pathogen-free.

In contaminated locations, avoid planting. Replanting in verticillium wilt-affected regions should be avoided unless the site has been fallow for a long time. Verticillium dahliae can survive 14 years in non-host crops, therefore this isn't a practical alternative. Before planting, check soils for verticillium dahliae.

Dead trees must be uprooted and burned to prevent inoculation. Infected plants and contaminated soils should be disinfected. When planting, avoid wounding cacao seedlings' roots, as verticillium can enter.

Microorganisms in non-symptomatic plants or suppressive soils or composts can be used to select BCAs for verticillium dahliae suppression. Biocontrol agents must be screened in the field to increase their success. Microsclerotia are a prominent source of verticillium dahliae inoculum and play an important role in the disease cycle.

BCAs against verticillium dahliae should impair microsclerotia survival or germination. BCA should be able to colonize the xylem and/or cortex and compete with the pathogen for nutrition and/or space as the disease affects the xylem. BCA can enhance plant growth and create plant resistance. The BCAs must swiftly colonize the host and adapt to harsh (a)biotic circumstances following release.

Resende et al. used an S-methyl ester of benzo-(1,2,3)-thiadiazole-7 carbothioic acid (acibenzolar-S-methyl, ASM), a compound in the benzothiadiazole group and an analog of salicylic acid, to induce resistance against verticillium dahliae and moniliophthora perniciosa, the cause of cacao witches' broom disease. Spraying ASM 15 days before verticillium dahliae inoculation reduced disease severity by 55.4% relative to the control.

Organic Modifications For The Control Of Verticillium Wilt In Cacao

For perennial crops, grape marc composts reduced verticillium dahliae inoculum density up to 30 cm deep in olive orchards and disease incidence in 1-year-old and 30-year-old trees as well as 5-month-old rooted olive cuttings from a highly susceptible variety. Organic matter (bovine manure and plant and mushroom residues) and a mineral amendment to 7-year-old avocado reduced disease severity by 50% and verticillium dahliae inoculum levels in soils and leaves by 53%.

The possibility of organic amendments for verticillium wilt control in cocoa has not yet been studied. Developing verticillium dahliae control amendments could give value to agricultural waste and diversify income streams. Use non-contaminated resources (plants and manure) to manufacture compost or eliminate possible pathogens during composting.

How Long Does Verticillium Wilt Last In Soil?

The fungus lives in the soil as a mycelium, a thread-like body, and microsclerotia, which are tiny, black, resilient structures. These microsclerotia can last up to ten years in decaying plant matter or soil.

Can A Tree Recover From Verticillium Wilt?

A small tree may succumb to verticillium wilt in a single season, but larger trees may take several years to pass away or may fully recover.

Verticillium dahliae and verticillium albo-atrum are the two fungi that primarily cause verticillium wilt. These fungi are typically found in the roots, branches, and leaves of diseased plants as well as in Wisconsin soils.

How Is Verticillium Wilt Disease Treated?

For the prevention and treatment of verticillium wilt, fungicides are not an option. To increase the lifespan and aesthetic value of an infected tree, however, further steps may be performed. Pruning, fertilizing, and watering procedures must be followed in order to manage this disease.

Avoid planting in polluted regions; test for verticillium dahliae before planting. Using disease-free materials and avoiding tree wounds are also recommended. To avoid or diminish verticillium dahliae incidence and severity, good agricultural methods such as shade, weed management, and cacao nutrition are essential. In case of verticillium dahliae attacks, sanitary measures must be taken, such as cutting and burning dead trees and disinfecting maintenance instruments.