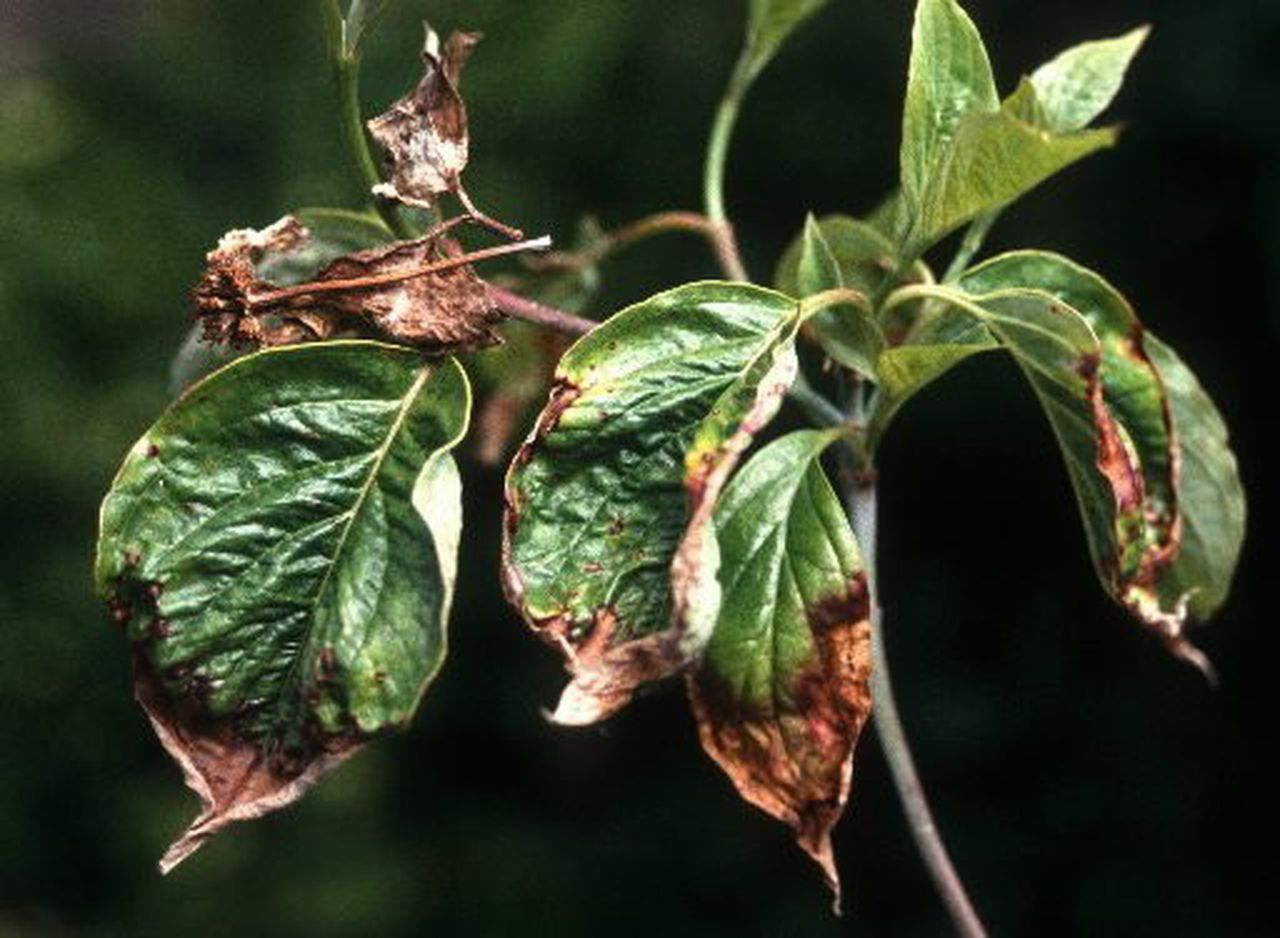 Plant growth and productivity suffer from water stress. One of the main goals of plant breeding is to develop crops that can grow and survive with less water.

Water use efficiency (WUE) is a selection trait that affects crop quality and productivity in times of water scarcity.

Plants use molecular mechanisms to reduce resource use and regulate growth in harsh conditions.

Photosynthesis serves as the foundation for plant growth. Nevertheless, excess light (EL) can do significant harm to plants.

Water stress can result from two situations: either an excessive amount of water is present or there is a water shortage. The water-deficit stress, also known as the drought stress, is the more typical type of water stress.

A significant abiotic stressor that affects plant growth and development is drought. Through inadequate rainfall or modified precipitation patterns, it may also have an impact on crop productivity. In regions with low water availability, drought can be chronic or random and unpredictable due to weather changes during plant growth. As a result of climate change and increasing water scarcity, the effects of drought are anticipated to worsen. High temperatures often accompany drought, promoting evapotranspiration and affecting photosynthetic kinetics, which reduces crop yields. The complex nature of growth regulation under stress has been highlighted in studies of plant responses to soil water deficit at developmental, physiological, and molecular levels. Severe water stress stops photosynthesis, disrupts metabolism, and kills plants.

Cell division is less inhibited by water stress than cell growth. It affects photosynthesis, respiration, translocation, ion uptake, carbohydrates, nutrient metabolism, and growth promoters. A better understanding of the morphoanatomical and physiological basis of water stress resistance in plants could be used to select or create new crop varieties with better underwater productivity. As a result of climate change, drought is expected to increase in many food-producing regions.

What Are The Impact Of Water Stress On Plants?

Wilting Of The Plant

Plants create food through photosynthesis. The amount of water, sunlight, and CO2 a plant has affects how much food it can produce. When water levels are low due to water stress, photosynthesis can slow or stop, causing internal food supplies to diminish or disappear. If photosynthesis stops completely, plants may yellow.

A Reduction In Respiration

A Reduction In Transpiration

Plants use osmotic pressure to create circulation, like animal hearts. As water moves through the system, minerals and nutrients are delivered to plants. A plants'roots draw water to stomas in its leaves. The stomata release oxygen and absorb carbon dioxide. This release aids in cooling plant tissue as well. Transpiration keeps plant cells evenly hydrated by maintaining turgor. When transpiration stops or slows, a plant dies from nutrient deficiency, usually from the top down.

Stomatal activity, influenced by environmental stresses, can affect CO2 absorption, photosynthesis, and plant growth. In response to a water deficit, ion and water-transport systems across membranes control guard cell turgor pressure and stimulate stomatal closure. During drought, the body's own endogenous ABA is produced rapidly, setting off a chain reaction of physiological responses including the closure of stomata, controlled by a signal transduction network. Arabidopsis vascular tissue-specifically induces NCED3 expression by drought stress. This is because NCED3 catalyzes a key step in the biosynthesis of the phytohormone abscisic acid (ABA).

In several plant species, nced3 mutations reduced drought tolerance, while overexpression increased drought tolerance and/or WUE. When a plant is stressed by drought, accumulated ABA in the vascular tissue is moved to the guard cells via passive diffusion and transporters. ABA transporters in Arabidopsis belong to three families: ABCG25, ABCG40, and AIT1/NRT1.2/NPF4.6. All three of these families are membrane-localized ABC transporter families. In contrast, ABCG40 and AIT1 import ABA, and ABCG25 exports it. The atabcg40 mutation reduces ABA-induced stomatal closure and gene expression, which reduces drought tolerance in plants.

According to these data, the ABA transport system affects water deficit tolerance and growth adjustment. Only vascular tissue had ABCG25 transcription, which was induced by ABA and drought. ABCG40 was found in guard cells, suggesting ABA produced in the vasculature in response to drought stress may be imported into these cells. AIT1/NRT1.2/NPF4.6 expressed similarly to ABCG25 in vascular tissues. This suggests that ABA import systems in vascular tissues regulate water stress responses.

Membrane-localized receptor and sensor proteins transmit information to cytoplasmic target proteins through catalytic processes such as phosphorylation. Signaling at the plasma membrane may be the first step in perceiving the outside environment's water status. AHK1, an Arabidopsis plasma membrane HK, acts as an osmosensor and mediates osmotic-stress signaling in prokaryotes. AHK1 overexpression gave Arabidopsis drought resistance.

AHK1 mutants had decreased ABA sensitivity and downregulated ABA and/or stress-responsive genes, indicating that AHK1 is an osmosensor and positive regulator of osmotic-stress signaling. It appears that AHPs and ARRs control downstream AHK1 cascades as a multiple His-Asp phosphorelay. It's unknown which factors receive AHK1 signals or which components make up signaling cascades. Arabidopsis research shows that cytokinin (CK) receptor HKs, AHK2, AHK3, and AHK4, negatively regulate ABA and drought signaling. Multiple ahk2, ahk3, and ahk4 mutants are sensitive to ABA and resistant to drought. These results suggest that the ABA, CK, and stress-signaling pathways crosstalk.

The receptor-like kinase (RLK) family in Arabidopsis has over 600 members, with LRR-RLKs being the largest subgroup. In many plant species, the osmotic-stress signaling pathway begins with plasma membrane-localized RLKs. These stress-related RLKs have a variety of extracellular domains (such as an LRR domain, an extensin-like domain, or a cysteine-rich domain), suggesting that environmental stimuli can activate RLK-mediated signaling pathways and communicate external osmotic conditions.

How Does Water Stress Affect Photosynthesis?

How Does Stress Affect Plant Growth?

After three days of water stress, photosynthesis was reduced by the closure of stomata and direct inhibition of photosynthetic capacity (mesophyll limitation).

Water stress occurs when more water is needed than is available or when water quality prevents it from being used effectively. Water stress causes a decline in freshwater resources (such as over-exploited aquifers and dry rivers).

Plants are able to respond and adapt to adverse water stress during their development and growth because of their sessile life cycle. These mechanisms have evolved over time. Stomatal opening is reduced when plants are subjected to severe drought stress, which in turn reduces the amount of carbon dioxide that can be taken in by the plant and, consequently, its level of photosynthetic activity. Understanding the various regulatory mechanisms that control and enhance adaptive responses to stress in different plant species is essential for developing strategies to maintain plant productivity. These mechanisms are found in a wide variety of plant species.

The molecular mechanisms that are involved in the plant's responses to water stress and the concomitant growth adjustment were the primary focus of this article. Stomatal responses, ion transport, activation of stress signaling pathways, and responses to protect photosynthesis from injury are some of the mechanisms that fall under this category. Understanding these crucial elements will increase plant productivity even when it is stressed out from lack of water.