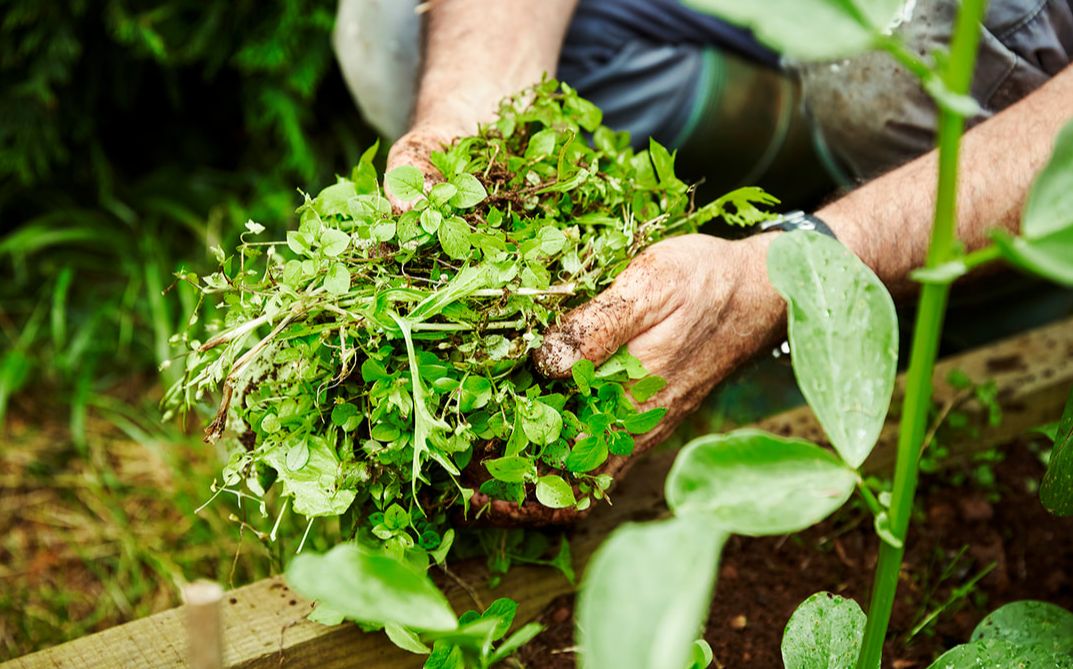 Weeds are one of the most significant biotic restrictions to agricultural productivity in both developing and developed countries, making weed management a critical concern.

Weeds fight for sunlight, water, nutrients, and space with crops. Furthermore, they serve as a breeding ground for insects and viruses that harm crop plants.

Weeds are physically eradicated in impoverished nations where farm sizes are minimal. This approach is becoming less widespread as a result of workforce migration to cities and rising agricultural wage prices.

Over-reliance on herbicides with comparable modes of action, on the other hand, has led in the emergence of herbicide-resistant weeds.

It is necessary to have a solid understanding of the biology and ecology of weeds in order to design any kind of weed management program. Recently, there has been an upsurge in the amount of investigations into the biology of weeds.

This is likely due to the fact that we still lack fundamental information on a number of significant species. It would be easier to develop effective management practices if one had a better understanding of the environmental factors that influence the germination of weed seeds.

On the basis of such an understanding, management programs might potentially include tactics to deplete weed seed banks by exerting an influence over the germination of weed seeds.

In a similar vein, having knowledge on the phenology of weeds would make it possible to develop more targeted techniques of weed control by allowing for a more precise estimation of the timing and consequences of weed competition on crop productivity.

In a recent study on the phenology of Amaranthus palmeri S. Watson, the researchers came to the conclusion that while the biological characteristics of species that are native to different parts of the United States can vary, it was the environmental plasticity of the plant that contributed to the spread of populations.

The vast majority of studies on the biology and ecology of weeds have only used a small number of populations. Despite this, it is possible for populations from one region to differ from those from other regions due to differences in management practices, rainfall, temperature, soil type, and other factors.

Because of this, future research has to cover a number of different populations in order to successfully draw conclusions from the data that is now accessible.

One definition of a sustainable weed control approach is "any strategy in which a crop is employed to manage weeds." In order to accomplish efficient weed management, tactics such as these need to be combined with other types of instruments. Increasing the crop's competitiveness or decreasing the weeds' competitiveness are both acceptable approaches for implementing this strategy, which has the dual purpose of mitigating the negative impact of weeds on the crop.

You can boost the competitiveness of your crops by decreasing the row spacing between them, increasing the crop seeding rate, changing the direction in which you plant your crops, using a crop cultivar that is resistant to weeds, and increasing the precision with which you apply nutrients so that they are available to your crops rather than the weeds.

Growing a crop that is competitive with weeds can dramatically cut down on the amount of weed biomass and weed seed generation that occurs within a crop. Growers always favor reduced seed numbers since such tactics gradually deplete weed seeds over time if integrated with other instruments for managing weeds. This makes reduced seed numbers the preferred method of weed management.

Even though crop competition is not a novel method, there is the possibility that it may be used more effectively, particularly for weeds that are resistant to herbicides. A single or double application of herbicide would be sufficient to control weeds in the early stage of the crop before the traits of a competitive crop would diminish the requirement for further weed management 3 to 4 weeks after planting.

The crop canopy needs to be covered as quickly as feasible in order to get the desired effect. Weeds that emerge after the canopy has closed have a reduced capacity for both growth and the production of biomass and seeds.

There is a need for additional research in the area of crop competition components being coupled with the usage of herbicides and other methods for weed management.

Plant tissues are easily damaged by high temperatures, which can have a negative impact on the plant's physiological processes. Heat can be utilized to manage weeds in a variety of ways, including direct flame, solarization, microwaves, laser radiations, steam, and electrocution.

Direct flaming is the most common method. Herbicide-resistant weeds can be eradicated using these methods of weed control, which can be applied on fallows. If these methods are going to be applied in field crops, then there needs to be additional research done.

The majority of the study that has been done on the effects of climate change on weeds has been on CO2 and has been carried out almost entirely in the United States. It is necessary to include other parameters (such as temperature and the availability of water) and geographical regions in this research, with the primary focus being placed on the processes that are accountable for differential reaction to diverse climatic conditions.

The anticipated weather conditions are also likely to have an impact on the effectiveness of herbicides. For instance, it was shown that a rise in CO2 causes a C3 weedy species called Chenopodium album L to become more tolerant to the herbicide glyphosate.

Such alterations in herbicide resistance give the impression that the effectiveness of chemical weed control may suffer in the not too distant future.

In the future, site-specific and cost-effective weed management will be easier to achieve thanks to the application of modeling and robotics in a manner that is both highly scientific and extremely practical.

Because of this, the creation of effective guidance systems is an essential area of research for decision-support systems and site-specific weed control. This type of research may take some time, particularly in developing nations.

Herbicides are essential components of any comprehensive weed management strategy. The current reliance on herbicides calls for a more nuanced strategy, in particular through the utilization of effective application methods, in order to lengthen the useful lifespan of many different modes of action.

It is possible to lessen the likelihood of weeds developing resistance to herbicides by use full herbicide rates, herbicide combinations, and herbicide rotations.

In order to be successful, these tactics call for extra focus in developing nations. In addition, there is a need for research to be carried out on the production and utilization of nano herbicides in a variety of cropping systems.

Instead of depending on a single strategy for weed control, integrated weed management (IWM) involves the use of multiple, complementary methods within a system.

The primary objective of integrated weed management (IWM) is to lessen the selection pressure that could lead to weeds becoming resistant to a particular type of weed control.

Regrettably, weed research in the majority of countries focuses on pesticide research. More research on IWM in all types of global settings is required if effective weed management is to be achieved, as is a reduction in the likelihood of the evolution of weeds that are resistant to herbicides.

What Is The Importance Of Weed Management?

What Is Weed Management In Organic Farming?

In the context of weed removal and prevention, the term "organic weed management" refers to a method that does not include the application of man-made chemicals and weed killers. Cultural and mechanical methods, which center their attention on prevention, crop rotation, and cultivation, are examples of certain organic weed control options.

What Are Mechanical Methods Of Weed Management?

The goal of the mechanical weed management methods is to reduce the weed propagule, with the end goal of reducing the weed population as well as the weed's capacity to compete with other plants. This goal is accomplished through the application of a variety of mechanical techniques, including fallow-season tillage, preplant tillage, and limited postplant tillage.

What Is The Difference Between Weed Control And Weed Management?

The technique of reducing the number of unwanted plants in an area so that more valuable crops can be produced there is referred to as weed control. Invasions can be reduced, growth can be stifled, seed production can be stopped, and weeds can be completely eradicated using weed management practices such as prevention, eradication, and controlled use of approved chemicals.

The presence of weeds represents a significant biotic barrier to production across a variety of agricultural systems. A single approach of weed control will not provide effective long-term weed management since it will frequently result in the development of resistance to the weeds.

Even after employing a specific method of weed control, a considerable loss in yield can still be attributed to the presence of weeds.

It is becoming increasingly important to cut down on yield loss in order to meet the demands of feeding a constantly growing human population. As a result, there is a pressing need to design IWM initiatives that are both successful and sustainable.