Emotions - Understanding The Effects Of Emotions On Learning And Memory 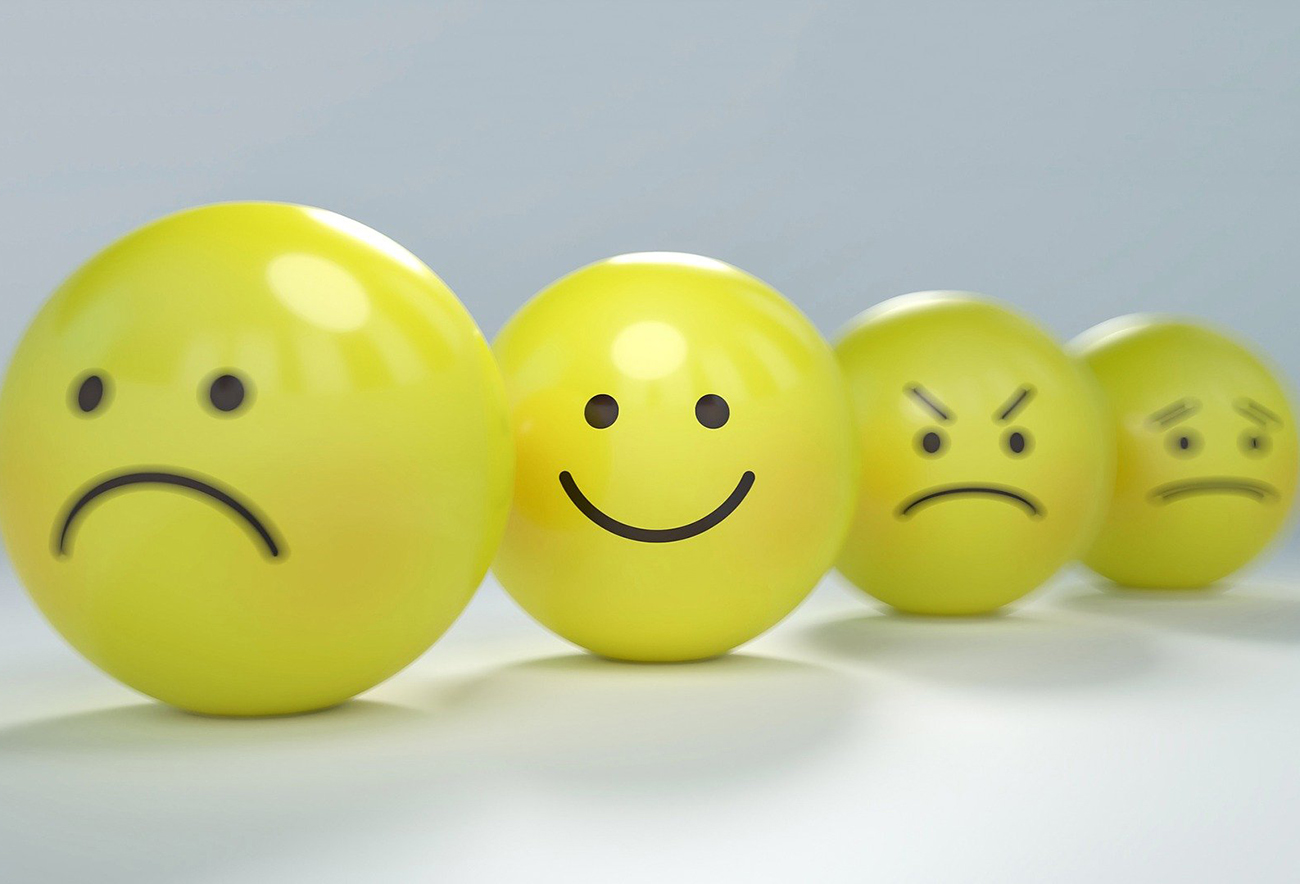 Emotions are everywhere in nature and are essential, if not vital, in academic contexts because they influence practically every facet of cognition.

Tests, exams, assignments, and deadlines are all related to various emotional states such as annoyance, worry, and boredom.

Even the subject matter has an impact on emotions, which affects one's capacity to learn and recall. Intelligent tutoring systems (ITSs) and massive open online courses (MOOCs), which are rapidly replacing conventional face-to-face learning settings, are becoming more popular.

Learners may have a variety of emotional reactions as a result of this. As a result, emotional factors should be carefully explored in educational courses intended to increase student engagement while also improving learning and long-term retention.

Emotions have been shown in several studies to influence human cognitive functions such as attention, learning and memory, reasoning, and problem-solving.

These aspects are crucial in educational realms because when pupils confront problems, it negates the objective of education and may make it worthless.

Emotions, moods, feelings, affects, and drives are subjective affective neuroscience concepts. Emotions have been researched for decades, yet no definition exists. A review of 92 putative definitions and 9 doubtful assertions implies a consensus definition.

Emotions are complex interactions between subjective and objective variables mediated by neural and hormonal systems that can (a) give rise to affective experiences of emotional valence (pleasure-displeasure) and emotional arousal (high-low activation/calming-arousing); (b) generate cognitive processes such as emotionally relevant perceptual affect, appraisals, and labeling processes; and (c) activate widespread psychological and physiological change.

This description may be suitable for daily use, but it leaves out essential features of emotional systems, such as how emotions form subjective feelings and regulate personality traits.

According to Panksepp, emotions are psychoneuronal processes that influence the intensity and patterning of behaviors in intense behavioral interactions between animals and meaningful things. Each emotion has a distinctive "feeling tone" that encodes the inherent values of interactions based on their potential for helping or hindering survival (both "personal" and "reproductive").

Subjective experiencing sensations come from the interplay of emotional systems with "the self's" underlying brain substrates, which are necessary for storing new knowledge, retrieving information on following events, and generalizing new events and making judgments.

Feelings are mental experiences that are inevitably valenced, either pleasant or negative, and are accompanied by physiological changes in the body, notably the heart, lungs, and stomach, to maintain or restore homeostatic balances.

how to master your emotions | emotional intelligence

A "core effect" refers to bipolar pleasure and arousal processes that are consciously accessible. A "drive" is an intrinsic action program that satisfies fundamental and instinctive (biologically pre-set) physiological demands, such as hunger, thirst, desire, exploration, play, and connection to mates; this is termed "homeostatic drive."

Emotion, mood, emotions, affect, and drive all have positive and negative intrinsic valence (pleasure-displeasure/goodness-badness). Emotion is caused by external events and involves emotions and motivation.

Cognition Interactions And Its Effects On Learning And Memory

Studies in psychology and neuroscience suggest that cognition and emotion are operated by two separate but interacting systems: (i) the “cool cognitive system” is hippocampus-based and associated with emotionally neutral cognitive functions and cognitive controls; and (ii) the “hot emotional system” is amygdala-based and responsible for emotional processing and responses to unconditioned emotional stimuli such as appetitive and fear-evoking cues.

Recent research claims that cognitive and emotional brain systems are highly connected and show mediation and regulation. Emotions may alter the establishment of a hippocampal-dependent memory system, affecting learning and remembering long-term.

Different functional neuroimaging methods (fMRI, PET, and fNIRS) may be used to evaluate hemodynamic responses in brain areas related to cognitive-emotional interactions (indirect measurement). EEG is used to directly evaluate brain electrical patterns related to reactions to cognitive and emotional activities. Each approach has its advantages and disadvantages, as shown below.

Both the amygdala and hippocampus were active during remembering compared to familiarity recognition, but the entorhinal cortex was unaffected. fMRI data shows higher activity in the substantia nigra/VTA, MTL, dmPFC, and DLPFC upon effective memory recall with high difficulty relative to low difficulty.

This is why emotions are important

These results suggest that subcortical regions associated with emotion/motivation are involved in hunger, which signals distressing feelings (discomfort, pain, and anxiety) for regulating food intake, and (ii) the PFC is involved in satiation, which signals excessive food consumption for ending a meal.

Factors Affecting The Effect Of Emotion On Learning And Memory

The previous section presented neuroimaging methods used to investigate brain responses to emotional inputs during WM processing, which leads to LTM. This section outlines six critical elements that should be considered in the experimental design and technique.

Numerous studies have shown a variety of factors, as well as individual variances in emotional processing. Personality qualities, intellectual ability, and sex are examples of these. Furthermore, it seems that sex hormones and personality factors (e.g., extraversion and neuroticism) impact individual reactions to emotional stimuli as well as alter emotional processing. Appropriate screening using psychological testing, as well as gender balancing experimental cohorts, may aid in reducing misleading findings due to individual variations.

According to studies, older persons are more accustomed with psychological stress and emotional experiences, resulting in optimism biases in emotional processing and better emotional regulation than younger ones. As a result, for both cognitive and emotional investigations, the age of participants in a sample group should be taken into account.

There are two types of emotional stimuli used in experimental studies: (1) discrete emotional stimuli and (2) dimensional emotions such as valence, arousal, dominance, and familiarity. The latter comprises images from the IAPS database and text from the ANEW database, both of which are free for non-commercial use.

Individual emotional states may be measured using a variety of self-assessment approaches. The Self-Assessment Manikin (SAM), the Semantic Differential (SD) scale, and the Likert scale are the most often utilized methodologies. The SAM is a nonverbal pictorial assessment approach for valence, arousal, and dominance that directly analyzes emotional reactions to emotional stimuli.

The SD scale is made up of a collection of bipolar adjective pairs that are used to rate picture stimuli subjectively. Participants may score their own emotional reactions using Likert's "x-point" scale. The Positive and Negative Affect Schedule (PANAS) is a suggested approach if a researcher does not want to examine various emotional states but rather two fundamental characteristics of emotion (positive and negative valence). Thus, choosing the best self-assessment approach is a vital aspect of the experimental design, but it may also be a daunting undertaking. 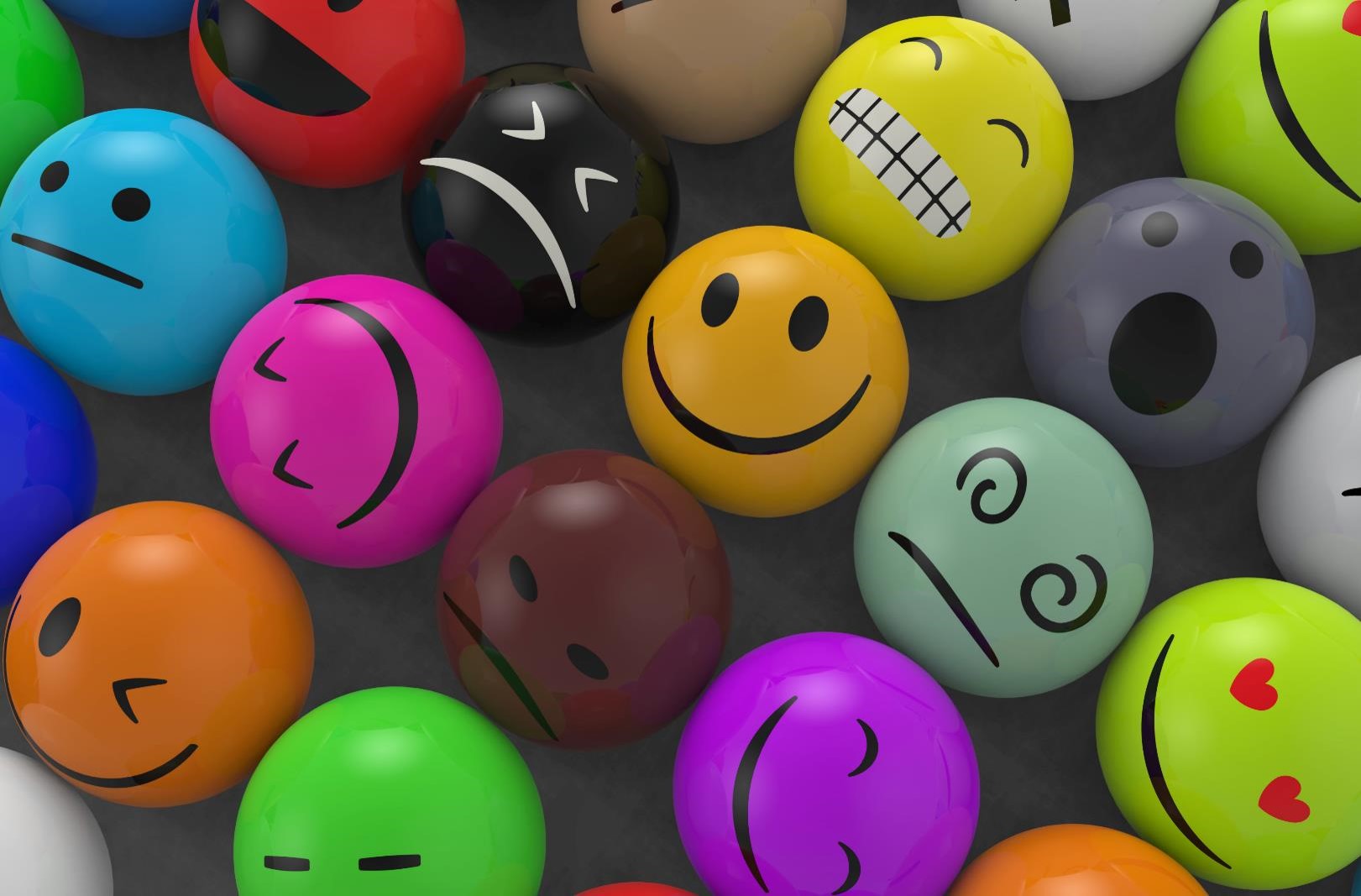 Furthermore, cognitive and emotional interactions seem to influence other memory-related CNS areas, including the frontal, posterior parietal, and visual cortices. The latter are engaged in attentional control, association information, and visual information processing, in that order. As a result, as explained in Panksepp's paradigm of brain functioning, higher-level cognitive activities such as learning and memory seem to be typically driven by emotion.

What Is The Strongest Emotion?

Fear is one of the most potent emotions. Fear may overpower even the most powerful aspects of our intellect because emotions are significantly more powerful than ideas.

What Is A Positive Emotion?

How Do I Identify My Emotions?

How to Recognize Your Emotional State Consider how you feel right now: do you feel good, and does it feel nice to be in your shoes? Or maybe it's not that pleasant? On a scale of 1-5, rate your "emotional valence".

What Is Difference Between Emotion And Feeling?

Feelings and emotions vary fundamentally in that feelings are experienced consciously, while emotions emerge either consciously or unconsciously. Some individuals may go years, if not a lifetime, without comprehending the depths of their feelings.

Significant evidence suggests that experiences associated with emotions are recalled more vividly, correctly, and for longer lengths of time than neutral ones. Emotional memory enhancement appears to involve the integration of cognitive and emotional neural networks, in which activation of the amygdala improves processing of emotionally arousing stimuli while also modulating enhanced memory consolidation in collaboration with other memory-related brain regions, including the amygdala, hippocampus, and MTL, as well as the visual, frontal, and parietal cortices.

Similarly, activation of the PFC improves cognitive tasks such as strategic and semantic thinking, which influence WM and encourage the formation of LTM.

Previous research has generally employed standardized emotional visual or auditory stimuli such as photos, phrases, facial expressions, and video clips, which were often based on the IAPS, ANEW, and POFA databases.

Further research has usually focused on how people remember emotional cues in controlled laboratory conditions (intentional or inadvertent episodic memory paradigm). There is little objective research to our knowledge that uses brain-mapping methods to investigate the semantic memory of learning materials (using subject matter) in the educational environment.