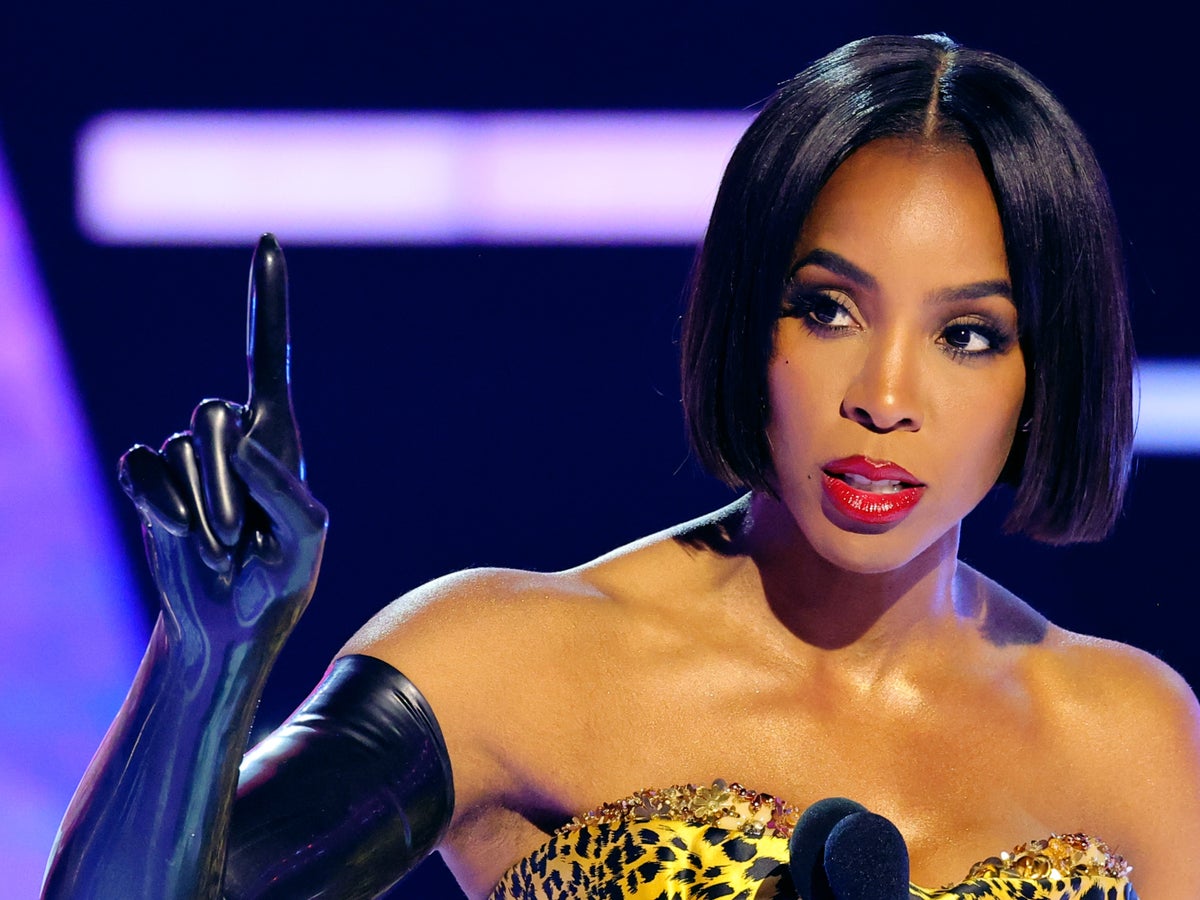 Kelly Rowland told the AMA crowd to chill out after they booed Chris Brown's win for the best male R&B artist. Since he pleaded guilty to beating up his then-girlfriend Rihanna in 2009, Brown has been a controversial figure.

After a planned tribute to Michael Jackson was canceled at the last minute, he did not go to the AMAs on Sunday. Rowland took the award on his behalf, and the audience's response seemed to surprise her.

Kelly Rowland Told The AMA Crowd To "Chill Out"

On Sunday, when Chris Brown won an American Music Award and the crowd booed, Kelly Rowland calmed them down.

The former member of Destiny's Child announced that Brown had won the Favorite Male R&B Artist award. She said that Brown, who was 33 at the time, wasn't there to get the trophy, so she would do it for him and the crowd booed.

Excuse me, chill out.

The singer of "Dilemma" called Brown an "amazing performer" and then talked to him directly. The actress ended by saying,

Chris, thank you so much for making great R&B music. I’ll take this award [and] bring it to you. I love you. Congratulations, and congratulations to all the nominees in this category.

People on social media didn't agree with Rowland's defense of Brown, who has been accused of violence against women many times.

“Why was Kelly Rowland going so hard for Chris brown on that stage?” One viewer asked on Twitter, and another wrote, “What the f–k is Chris brown doing still winning awards and why is Kelly Rowland up there thanking his ass wtf truly.”

A third person, though, was thankful and said, "Thank you, Kelly Rowland, for the genuine love you just showed Chris Brown for winning." Saturday, the dancer said he was supposed to pay tribute to Michael Jackson at the 50th annual awards show.

"U SERIOUS?" Brown told his Instagram followers over the weekend by posting a video from what looked like a practice. "I WOULD HAVE PERFORMED at the AMA, but they canceled me for unknown reasons."

The show's producers haven't said anything about the cancellation, which seemed to happen out of the blue.

Since he hit Rihanna in 2009, the singer has been in trouble many times. In 2021, he was accused of hitting a woman, but the investigation was dropped because there wasn't enough evidence.

In 2020, he was sued for allegedly drugging and raping a woman. Brown denied both of the claims against him. In response to the 2020 claim, he wrote on Instagram,

Whenever I release music or projects, they try to pull some real bullshit.

Brown was also in the news for supposed fights with his ex-girlfriend Karreuche Tran, who was a presenter on Sunday's show. From 2010 to 2015, Tran and Brown dated on and off. In 2017, Tran said that Brown punched her in the stomach and pushed her down a flight of stairs.

After that, the actress got an order telling her ex not to come near her for five years. At the time, Brown denied her claims and said she "doesn't need a restraining order." He also said she was just trying to "promote something."

Kelly Rowland doesn't tend to be a figure in pop music who divides people or stirs up a lot of trouble. But when the Destiny's Child star had to accept the Favorite Male R&B Artist award on behalf of the absent, divisive, and controversial Chris Brown at Sunday's American Music Awards, she had to face the protesting crowd.

So, Brown didn't show up to the AMAs on Sunday, likely out of protest, and Rowland had to accept his award for him.

When people in the audience started to boo after she said Brown had won Favorite Male R&B Artist over Brent Faiyaz, GIVON, Lucky Daye, and the Weeknd, she seemed surprised and even annoyed and told the crowd to chill out.