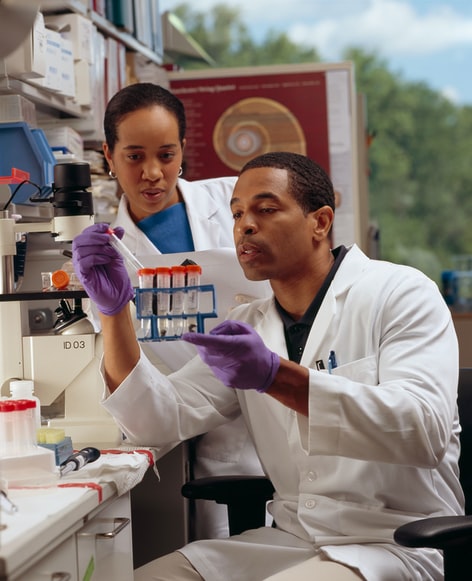 Scientists are commonly assumed to think in a particular way—to use what is known as the "scientific method." It would be more accurate to state that scientists use the same rational thinking method as attorneys or detectives when classifying events, generating hypotheses, and assessing evidence. A similar and harmful misconception is the belief that the quality of scientists' cognition is elite and that they must be very brilliant. Academic ability is one aspect of the much broader idea of intellectual ability, which is shared by the finest journalists, attorneys, engineers, and politicians.

Young scientists are critical for the growth of research and the development of the world's economic system. Despite this, they continue to confront obstacles to success that force them to relocate or even give up on their research careers. The shortage of research dedicated to young scientists and an absence of understanding the best techniques to help them is poorly recognised and realised worldwide. As a result, it is critical to understand the interwoven obstacles that early-career researchers experience throughout their academic, professional, and familial lives to spark change and better the global science system.

Whether we like it or not, science today is a pyramid scheme, according to David Keays, a researcher at the Research Institute of Molecular Pathology. There has been a period of unsustainable growth during the previous two decades. The National Institutes of Health's budget has climbed from 13.7 billion dollars in 1998 to more than 31 billion dollars presently. As a result, the number of Ph.D. students and graduates has increased. Since the turn of the century, the number of PhDs awarded in Australia has nearly quadrupled to about 7,000 every year. This broadening at the bottom of the pyramid has been critical in maintaining the publishing output of PIs at the top, who are facing increased competition for limited government funding. As a result, getting a Ph.D. is easy, but getting a faculty position is nearly hard. You might argue that this is natural selection at work, but I'm not certain that it's choosing the finest science. What is the answer? People are far more knowledgeable than I am thinking about this problem and how to remedy it, but I am inclined to believe that institutions should cease throwing out PhDs like complimentary muffins.

One of the biggest challenges for young scientists is the intense rivalry for research posts and the delayed employment security. Research scientists are frequently only able to obtain secure (or tenured) work in their late 30s, making it especially challenging for those who want to start young families.

The difficulties connected with obtaining tenure might appear overwhelming at times. Teaching, research, and service are the three most often assessed factors for tenure. Among these categories, research and obtaining research funds are quickly becoming top priorities at many PhD-granting universities. 9 As a result, young scientists spend an excessive amount of time each year writing many significant applications. Young faculty members are now spending less time mentoring and conducting experiments with their students. The enormous pressure on teachers to get funds jeopardizes the risk-taking and inventiveness required for discoveries. In the end, boosting the financing for science will help society directly by allowing more young professors to pursue high-risk projects, emphasizing publishing their findings rather than writing numerous huge grants.

The publication culture, in particular, is one of the most challenging obstacles that young scientists must overcome. In today's world, there is intense rivalry for each "slot" in prestigious journals and a mindset that the venue in which we write has sometimes become more important than the content of what we publish. The road to publication has gotten longer and more challenging to navigate in direct correlation with this. This has had a range of consequences for science, ranging from having less time to advance scientific research to be less open to discussing fascinating unpublished data at meetings for fear of being scooped by competitors.

We hope, however, that this snag will be transitory and that fresh chances will emerge for ambitious scientists and will also address the challenges to young scientists. The rise of income and leisure, along with the connectedness provided by information technology, will provide millions more educated amateurs and citizen scientists everywhere in the globe with more opportunities to pursue their interests than ever before. These changes will enable leading researchers to conduct cutting-edge research outside of the confines of a typical academic or government laboratory. If enough people make this option, the supremacy of research universities will be eroded, and the role of independent scientists will be restored to pre-World War II levels—possibly enhancing the blossoming of the really unique ideas that the world requires sustainable future.