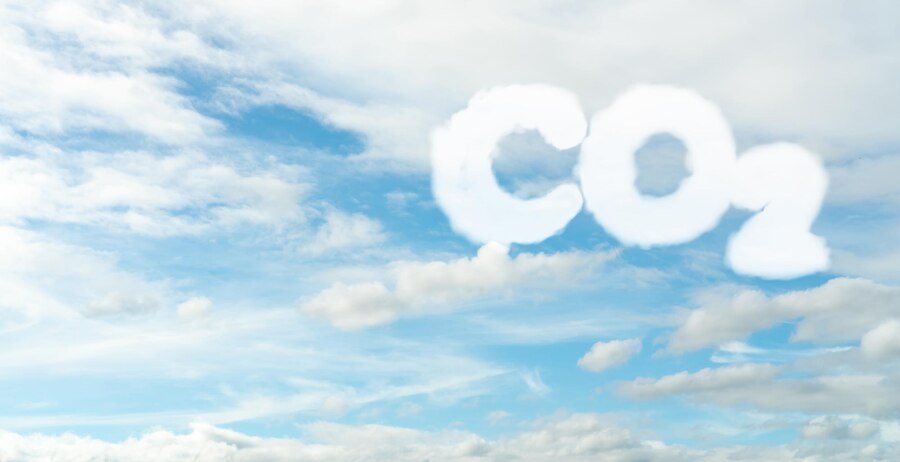 Anthropogenic carbon dioxide emissions have increased dramatically since the Industrial Revolution, accumulating in the atmosphere and contributing to global warming.

According to the IPCC, atmospheric warming should be limited to 2°C to avert the most devastating impacts of climate change. This aim may be partly met by lowering carbon dioxide emissions and carbon dioxide storage.

Sequestration in deep saline aquifers is the most mature storage technology. Furthermore, carbon dioxide may be mineralized and sequestered in solid form using a variety of processes, including ex-situ, surficial, and in situ mineralization.

Maximizing the potential of carbon dioxide removal from the atmosphere and carbon dioxide storage technologies will aid in meeting global climate targets.

Carbon mineralization is the interaction of CO2 with calcium or magnesium-rich rocks that creates solid carbonate minerals (calcite, magnesite, dolomite, and a range of hydrated Mg-carbonate minerals such as nesquehonite).

It is a long-term, non-toxic way of storing CO2 in a solid form that may reduce health and environmental risks. Because it is transformed to a stable carbonate state, it is the safest storage strategy for leakage.

A pH swing occurs spontaneously in the natural reactive flow of water through ultramafic rocks, allowing dissolution and precipitation.

Carbon mineralization may be accelerated by passing air, air-saturated water, or CO2-rich gas through them.

Mining mafic and ultramafic rocks for CO2 collection and storage is another alternative for surficial carbon mineralization.

Depending on the reactivity of individual tailings, time of exposure to air, and "stirring," this might cost $55-500/ton of CO2.

It has been suggested to loop or re-use Mg-rich mining tailings. Caustic magnesia may be utilized for many more weathering cycles to remove CO2 from the atmosphere.

This method might compete with direct air collection using chemicals and geologic CO2 sequestration. Another option for CO2 removal is to grind ultramafic and mafic rocks to sizes smaller than mine tailings.

When CO2-bearing fluids or supercritical CO2 are injected deep into geologic formations, CO2 sequestration in the subsurface porosity depends on the caprock's impermeability.

Saline aquifers, depleted oil and gas reservoirs, thick basalt, and peridotite rocks are also suitable reservoirs. The degree of secondary trapping mechanisms varies significantly in each reservoir and is determined by its geology, structure, and hydrology.

CO2 may be mobile in sedimentary environments for millennia, and trapping primarily depends on the caprock's impermeability.

Basalt's high porosity and permeability improve its reactivity with CO2, making it an excellent medium for CO2 storage.

The CarbFix project's goal is to dispose of H2S and CO2 created from natural steam. New strategies for injecting water and CO2 separately with amounts that ensure complete CO2 dissolution at deep were devised.

Pilot experiments have shown the potential for storing CO2 in basalt reservoirs, and continuous research is being conducted to understand the process better.

Basalts include alteration minerals and glass, which may be more reactive than the initial igneous minerals, which are more common in general.

Monitoring will measure the development of a dissolution zone in acid waters near the injection well and a precipitation zone farther away and pushed outwards as new carbonates form. In all, plentiful basalts can store hundreds of gigatonnes of CO2.

Peridotite is a substantial component of the Earth's upper mantle. It is mainly made of olivine, which spontaneously combines with air or CO2-containing fluids.

Carbon mineralization has been discovered to be extensive in the Samail ophiolite. Peridotites can mineralize and store 105-108 Gt CO2.

Natural alkaline springs in peridotite have lasted in the same sites for tens to hundreds of thousands of years without exhausting reactive surface areas or degrading permeability.

Positive feedback, in which reaction-driven volume changes produce increases in differential stress in the rock, might explain this.

Carbon mineralization at 185°C and more than 70 bars may be applied for solid CO2 storage at about $10 per ton. Injecting CO2 into peridotite formations has been demonstrated in modeling to boost the mineralization rate by 16,000% above natural systems.

It is recommended to look for places with artesian springs, reasonably high subsurface permeability, and a considerable temperature gradient that promotes thermal convection of water in pore space while producing alkaline water. Such aquifers' size and recharge rate are unclear.

It should be noted that just a tiny quantity of pumping might be used. Near-surface peridotite deposits have the potential to store over 100,000 Gt CO2 at a low cost, analogous to CarbFix or injection into underground sedimentary reserves.

Drilling to depths where the temperature surpasses 100°C and injecting high PCO2 fluids might result in efficient, permanent CO2 storage.

Deep sedimentary deposits may be injected and stored with supercritical CO2 (density of about 600 kg/m3).

Reservoir rocks with high porosity and permeability, such as sandstone, limestone, dolomite, basalt, or mixes thereof, are suitable.

Thick reservoirs with depths less than 1 kilometer are ideal for CO2 sequestration. In a conservative assessment, sedimentary basins throughout the planet can store 8,200 Gt CO2. An excellent CO2 footprint for sedimentary reservoir sequestration is 0.5 and 5.0 t CO2/m2.

A variety of variables influence the actual manifestation of a particular capability. Even the most conservative estimates of CO2 sequestration capability vastly outnumber all human CO2 emissions since the Industrial Revolution.

The global potential for supercritical CO2 sequestration in sedimentary rock pore space is estimated to be between 8,200 to 34,700 GtCO2. Most of the possibilities are in Asia, North America, and South America.

Some mining tailings sites are near surface and groundwater resources, necessitating an assessment of the possible impact of geochemical pollution.

The pilot-scale CO2 storage projects CarbFix and Wallula have shown that in-situ carbon mineralization for storage in basalt rocks is practical and safe.

Understanding the chemicophysical characteristics that contribute to cracking vs. clogging is critical since these parameters may subsequently be used to favor cracking in reservoirs and clogging in caprocks.

CO2 sequestration in sedimentary rocks already stores around 4.2 Mt CO2/year. The current issues are related to scaling up greater than 100 times.

Because of the joint injection of wastewater into deep saline aquifers, there is existing regulation in the United States governing fluid injection in subsurface pore space.

However, laws are required to identify who is accountable for monitoring and cleanup once injection projects have been completed.

Sedimentary units cover tens or hundreds of square kilometers and are therefore shared by hundreds of owners, possibly limiting the scope of CO2 sequestration initiatives.

These challenges are simpler to resolve in nations where the government owns subsurface resources and can serve as a determining authority for project implementation.

The Department of Energy and the National Science Foundation would fund most research on CO2 subsurface injection and carbon mineralization in the United States.

Increasing CO2 sequestration in sedimentary reservoirs to Gt CO2/year would require federal land use. The National Academies of Sciences study from 2019 recommends $700 million to extend pilot-scale investigations in mafic and ultramafic deposits over ten years.

CO2 sequestration at the scale required for climate change mitigation necessitates industrial-scale CO2 sequestration. Including local communities and the broader public in the project, implementation is critical.

Where Can Capture Carbon Dioxide Be Stored?

Studies show that CO2 may be securely underground for thousands of years, such as in deep, porous rock formations.

What Is Storage Condition Of Carbon Dioxide?

Once transported, carbon dioxide is stored in porous geological formations, usually situated several kilometers under the earth's surface, at pressures and temperatures high enough to keep carbon dioxide in the liquid or "supercritical phase." Former gas and oil fields, as well as deep saline deposits, are suitable storage locations.

What Are The 3 Methods For Storing Carbon Dioxide?

How Is Carbon Dioxide Stored?

The most advanced method of storing CO2 is to inject it underground into naturally existing, porous rock formations such as old natural gas or oil reserves, non-mineable coal beds, or saline aquifers.

Several alternatives must be explored to assure the rapid development of any or all methodologies.

The most mature storage technique is supercritical carbon dioxide injection. Research is required to enhance current approaches and decrease the dangers associated with injection and leakage.

Carbon mineralization technologies are still in the early stages of research, but they comprise several reactants and procedures that show promise in terms of carbon dioxide storage safety.

Carbon mineralization is the last step toward permanent carbon dioxide storage. In contrast, carbon dioxide injection into sedimentary reservoirs at the Gt/year scale leads the way in terms of method, legislation, and public acceptability.