Metabolic Mechanisms Of Exercise - Its Effect On Induced Cardiac Remodeling 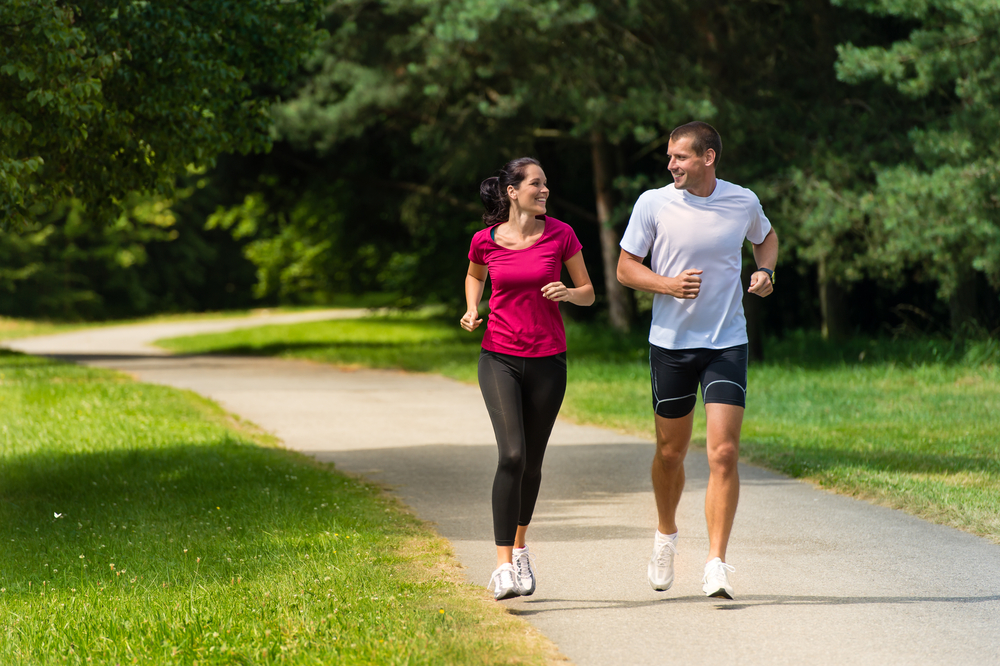 In this article, we talk about how the metabolic mechanisms of exercise affect the structure and function of the heart and how it controls how the heart changes.

Exercise is good for the body's metabolism, improves mental health, builds and maintains muscle and skeletal function, and makes you live longer.

Exercise has these good effects in part because it improves the function and health of the heart's tissues and makes the heart less likely to get hurt.

Exercise has the same effect on heart disease and death as quitting smoking.

Also, exercise is a key part of cardiac rehabilitation programs, and it lowers cardiovascular illness and death in people with heart disease.

Still, it is not clear how exercise improves heart health and keeps tissues from getting hurt at the molecular level.

Exercise-related cardiac adaptations were first reported in 1899. On auscultation and percussion, Nordic skiers and university rowers had larger hearts.

The second research found that "the time of maximum enlargement coincided with the period of most strenuous labor," suggesting that high workloads cause exercise-induced heart hypertrophy.

Changes in how the blood vessels work and long-term cardiac enlargement improve blood flow to skeletal muscle, with cardiac output following the intensity of exercise.

Chronic Effects Of Exercise On The Heart

Repeated bouts of severe activity may cause mild cardiac hypertrophy and/or chamber enlargement, which is reversible with extended rest. Changes in the heart's structure and function are caused by exercise. These changes depend on the type and amount of exercise.

Isometric or static workouts (weightlifting, wrestling) include short, intense periods of increased peripheral vascular resistance with little to no change in cardiac output and are linked to modest concentric hypertrophy and a normal to moderately enlarged left atrium.

Potential Deleterious Effects Of Exercise On The Heart

Although too little exercise is a more significant health hazard than too much, intensive exercise (e.g., ultramarathons) has grown in popularity over the last 30 years.

Young people who die while exercising often have hereditary or conditioned problems such as hypertrophic cardiomyopathy. Older people die from acute coronary thrombosis and myocardial infarction. SCD during exercise is uncommon, affecting 1 in 15,000–18,000 asymptomatic people per year.

Long-term endurance exercise can lead to "cardiac fatigue," which is characterized by lower cardiac output and ejection fraction. However, the heart usually gets back to normal within 2 days.

Acute decreases in cardiac function can be caused by a lack of sensitivity to catecholamines, a change in blood volume, or damage to the cardiomyocytes. High levels of cardiac troponin, which are used to diagnose acute myocardial infarction, are a strong predictor of how hard you work out.

How Does Cardiac Metabolism Change During Exercise?

The heart needs continual ATP production to maintain contractile function, ion balance, anabolic activity, and signaling. In normoxia, the heart generates >95% of its ATP via mitochondrial oxidative phosphorylation and 5% from glycolysis.

Some Fundamental Aspects Of Cardiac Metabolism

Oxidation of fatty acids is the predominant source of ATP in the heart, with lactate, glucose, ketones, and amino acids providing the rest. Because the heart can use many different substrates, it has been called a metabolic "omnivore" that can change the amount of substrates it uses based on substrate availability, hormone inputs, and myocardial demand.

Isotopic labeling studies in humans show 84% of FFAs entering myocytes are oxidized, with ~16% entering the triacylglycerol (TAG) pool. This TAG pool contributes ~10% to myocardial ATP generation and is important for signaling and gene expression.

Acetate is normally low in circulation (below 0.2 mM) and is unlikely to contribute to normal heart metabolism. But drinking a lot of alcohol can cause acetate levels to rise to low millimolar values and may contribute to energy deficits in the heart.

Acute exercise workload increases affect the striated muscle metabolism. Exercise raises contractile power and oxygen consumption 10-fold in the heart. Changes in hormones, metabolic substrates, and blood flow during exercise affect how much substrate is used and how much ATP is made.

Myocardial workload enhances catabolism of numerous substrates, including fatty acids and lactate. During exercise, hormone-activated lipolysis in adipose tissue raises the amount of FFA in the blood to 2.4 mM. This makes it easier for the body to absorb and use FFA. Increased cardiac workloads seem to be enough to help the heart burn fat, not more FFAs in the blood.

Exercise increases cardiac TAG consumption rates, which may be boosted by lactate availability. After adapting to exercise, genes for fatty acid transport and breakdown are turned up. This may help the heart use fat better.

How Do Exercise-Induced Changes In Metabolism Promote Cardiac Adaptation?

GlycoLo mice activated the exercise gene program without Akt activation, which regulates physiologic heart growth. Exercise-induced glycolysis reductions may regulate heart development. Exercise causes metabolic rhythms in the mitochondria and cytosol, which controls the ability to exercise and the growth of the myocardium.

Metabolic Changes As A Material Cause Of Adaptation

Bacterial research shows that cells coordinate their growth and functions by converting glycolytic metabolites to biomass. This shows how important metabolism is for maintaining and changing structures. Changes in the activity of the accessory biosynthesis pathway may help link the production of structural materials to the changes in the heart caused by exercise.

In cardiac myocytes, phosphofructokinase activity affects many accessory biosynthetic pathways, such as the PPP, the HBP, and the glycerophospholipid synthesis pathway (GLP), by directly adjusting the amount of glucose carbon input and indirectly regulating mitochondria-derived chemicals needed for building block synthesis, such as aspartate.

Catecholamines, IGF-1, and Nrg-1 all change the way myocardial glucose is used, which suggests that they may control metabolic changes caused by short-term or long-term exercise.

Palmitoleate's growth-stimulating action is comparable to fatty acid-induced cardiac hypertrophy in pythons. FFAs go up right away when you exercise, and they seem to stay high in the activity-adapted state. They may help the heart send signals.

Given that many metabolites have homologous GPCRs, additional metabolites presumably play key roles in tissue adaptation. Understanding how metabolites in the blood cause changes in the structure and function of the heart could lead to new treatments for heart problems.

What Are The Metabolic Changes During Exercise?

Muscle glucose absorption starts to drop as exercise time increases, and there is a greater reliance on free fatty acids for energy metabolism. After 3–4 hours of moderate activity, the main fuel used is free fatty acids. This is because the body absorbs more free fatty acids.

How Does Exercise Relate To Metabolism?

Even when you're not exercising, they really burn more calories than fat cells do. Therefore, the time you spend exercising pays off long after you stop perspiring. As you age, exercise becomes increasingly more crucial. Your metabolism normally slows down as you get older because you lose muscle mass.

What Are The Metabolic Needs Of Skeletal Muscles During Exercise?

During exercise, skeletal muscle contraction may produce ATP via a variety of intra and extra-muscular substrates. Free fatty acids (FFA), which may come from either adipose tissue or intramuscular triglyceride storage, creatine phosphate (CP), muscle glycogen, blood-borne glucose, lactate, and others.

Your metabolism is increased by exercise even after you stop. It is true that calorie burning increases with exercise, particularly when heart rate-raising sports like biking or swimming are included. The additional calorie burn continues after your exercise.

Metabolic mechanisms of exercise play a crucial role in heart remodeling and adaptation. Changes in cardiac strain and integrative metabolic changes caused by exercise work together to control cardiac metabolism.

Exercise specifically modifies the quantity of circulating hormones that signal metabolic pathways vital for transcriptional alterations and heart development as well as the quantities of substrates that compete with one another. Changes in endogenous and circulating metabolites could also cause physiological growth by activating signaling pathways that promote growth.

But there are still a lot of questions that haven't been answered, like how to maximize the intensity of exercise so that it has positive effects on cardiovascular health instead of negative ones, and how exercise-induced changes in metabolism link the synthesis of structural materials to the activation of the physiological cardiac growth program.

As more information becomes available, it seems that we would be best served by following the old Greek advice of Socrates: "Exercise till the mind feels delight in reposing from the fatigue."