Mynx – What Is It And Why Is It Important? 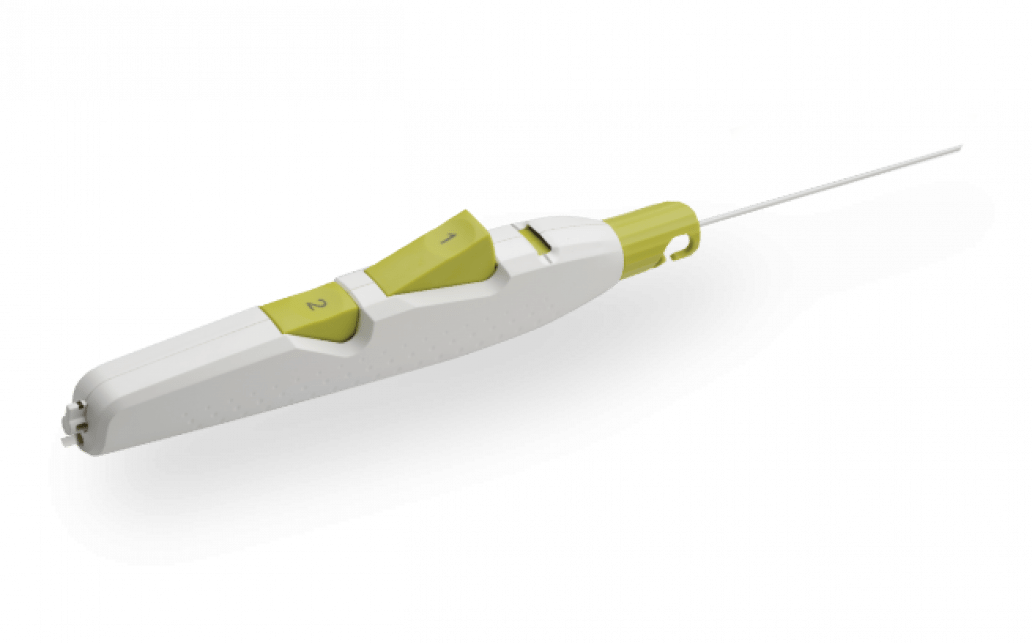 The Mynx Vascular Closure Device is an extravascular vascular closure device (VCD) with a deployment mechanism that reduces the pain of sealing the tiny opening in the artery during catheterization.

During a prospective examination of early user experiences encompassing 206 cases in 5 hospitals in the United States, the next-generation MYNX ACE® Vascular Closure Device revealed tremendous potential as a safe and dependable closure device, attaining a clinical success rate of 100%.

In 2007, the US FDA approved the first version of Mynx. In the next model, Mynx Cadence, which was confirmed in 2009, the deployment procedure was simplified.

A catheter with PEG sealant and a 6-mm semi-compliant balloon at the tip compose the device. PEG is a bioinert polymer that has been widely used in medical devices because of its biocompatibility and safety.

The dual-action PEG sealant binds to the artery by interlocking with the arterial wall and rapidly absorbs biological fluids, expanding to three to four times its original size and forming a mechanical seal over the arteriotomy and inside the tissue tract. Its matrix structure allows blood to enter and serves as a scaffold for hemostasis.

The device employs a gentle, extravascular deployment strategy that prevents cinching or straining of the artery by putting the sealant on the artery's exterior.

According to medical literature, the operation causes little to no discomfort for the great majority of individuals.

The gadget makes use of the current 5, 6, or 7 French procedural sheath, removing the requirement for a sheath swap. This minimizes possible tissue tract expansion, which may result in tissue stress and leaking, a post-procedure annoyance for the patient and nursing staff, typically leading in lengthier bed rest and possibly delaying ambulation and release.

The sealant is exposed to blood and subcutaneous fluids since it is applied on the exterior of the artery. The sealant quickly grows, covering the artery hole and adapting to the tissue tract, resulting in long-term hemostasis.

This extravascular application of the sealant avoids leaving an intravascular component behind, which might disrupt blood flow and, in rare cases, embolize, necessitating surgical repair.

Hydrolysis destroys the sealant after 30 days.

When the Grip sealant is deployed, the human body's warmth and pH level lead it to soften and interlock with the curves of the vessel wall, establishing a secure seal. A porous feature in the sealant absorbs blood and subcutaneous fluids.

As a result, the glue expands three to four times its original size and fills the tissue tract. The Grip sealant is non-thrombogenic, biocompatible, and degrades entirely after 30 days.

The Mynx Ace device is unique because it has a straightforward deployment technique that reduces operator variability, including sealant setting at the arteriotomy.

The sealant is deployed after the balloon has been positioned at the arteriotomy site, ensuring constant extravascular insertion of the sealant. Following the conclusion of the diagnostic angiography or percutaneous treatment, vascular closure is accomplished in three straightforward steps:

The Mynx Ace gadget contains safety measures such as locking mechanisms that prevent users from accidentally deploying sealant or performing processes out of order. These precautions and ease of implementation contribute to a shorter learning curve for new users.

Because there is less operator reliance on where the sealant is placed or the amount of compression exerted during sealant deployment, the Mynx Ace device achieves hemostasis with the same, if not greater, safety and effectiveness than earlier generations of Mynx closure devices whether a diagnostic or interventional, ambulation is achievable roughly 2 hours after the sealant is deployed.

What Is Mynx Closure Device Made Of?

Cardinal Health announced that their MynxGrip Vascular Closure Device has just obtained FDA clearance for use in closing femoral veins. The MynxGrip device is now approved for sealing 5, 6, and 7 French femoral arterial and venous access sites.

How Does A Mynx Closure Device Work?

Mynx closes the tiny hole in your artery following your treatment using a soft, sponge-like substance. It works by quickly absorbing blood surrounding the puncture site, which stops the bleeding and plugs the hole instantly.

The use of vascular closure devices is associated with a low prevalence of bleeding complications, device failure, and the requirement for surgical repair. Bleeding is linked to being older, having an interventional procedure, and having the end-stage renal disease. Complication rates for Mynx, Perclose, and Angio-Seal are comparable. The use of these devices for groin vascular closure is a safe choice.