Nanotechnology - What Is The Fuss About It? 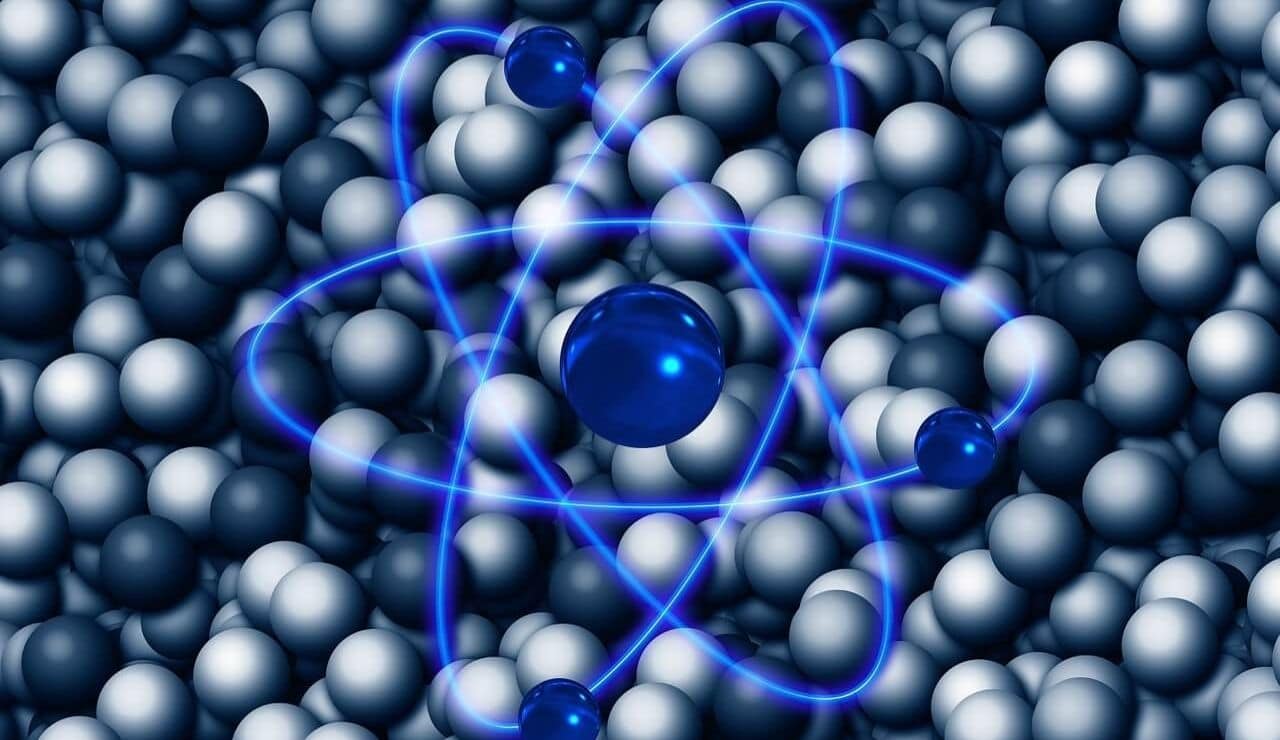 The word nanotechnology is a combination of the words nanometer and technology. With this term, a wide range of new technological developments in many different technical and scientific disciplines is denoted such as in electronics, mechanics, biology, medicine, chemistry and physics.

Take a random selection of scientists, engineers, investors and the general public and ask them what nanotechnology is and you will receive a range of replies as broad as nanotechnology itself.

For many scientists, it is nothing startlingly new; after all we have been working at the nanoscale for decades, through electron microscopy, scanning probe microscopies or simply growing and analyzing thin films.

For most other groups, however, nanotechnology means something far more ambitious, miniature submarines in the bloodstream, little cogs and gears made out of atoms, space elevators made of nanotubes, and the colonization of space.

It is no wonder people often muddle up nanotechnology with science fiction.

Although natural nanomaterials are all around us, nanotechnology is typically focused on and composed of human-made nanomaterials that occur from objects or processes created by people.

What Is The Nanoscale?

Although the International Standards Organization defines a meter as "the length of the route traveled by light in vacuum at a time interval of 1/299 792 458 of a second" and a nanometre as 0.000 000 001 of a meter, this does not assist scientists in communicating the nanoscale to non-scientists.

It is human inclination to associate sizes to daily objects, therefore the most common description of nanotechnology is in terms of the width of a human hair.

Unfortunately, human hairs vary greatly in diameter, ranging from tens to hundreds of micrometers (0.000 001 of a meter) depending on the color, kind, and location of the body from which they are obtained, therefore a benchmark to which we can connect the nanoscale is required.

Rather than asking anybody to visualize a millionth or a billionth of something, which few rational people can do easily, linking nanotechnology to atoms typically makes the nanometre easier to comprehend.

While few non-scientists understand the size of an atom, defining a nanometre as the size of 10 hydrogen atoms or 5 silicon atoms in a line is within the human mind's grasp. The precise size of the atoms is less crucial than emphasizing that nanotechnology deals with the smallest portions of matter that we can alter.

Nanotechnology is not a futuristic science with applications 25 years from now. Over a dozen Nobel prizes have been granted in nanotechnology in the previous 15 years, from the SPM to fullerenes.

According to CMP Cientifica, around 600 companies are involved in nanotechnology, from start-ups to IBM and Samsung. Governments and corporations invested $4 billion in nanotechnology last year. Almost every university has a nanotechnology department or has requested funding.

Technology has become synonymous with computers, software, and communications, such as the internet and mobile phones. Initial nanotechnology applications include plastic additives, nanocarbon particles for better steels, coatings, and petrochemical catalysts. These are all technology-based industries with multibillion-dollar markets.

No one would call Microsoft or Oracle part of the power sector, even though software couldn't exist without it. Nanotechnology is an atomic-scale understanding of nature. This insight will lead to new industries, much as the understanding of how electrons may move in a conductor led to electric lighting, the telephone, computing, the internet, and many other sectors.

A gram of nanotubes, for example, has no intrinsic worth. Nanotubes' main worth lies in their application, either inside existing industries or to create new ones.

Shrinking devices so they may be implanted into the human body to identify and heal sick cells is a trendy idea that's close to reality. Many firms are testing nanotechnology-based medicine delivery systems, but none include mini-submarines. Nanotechnology can improve medicine delivery without using nanomachines.

The idea of freely moving the body is absurd. Imagine trying to go against the flow in an artery, as red and white blood cells the size of homes fall down on you.

Current medical applications of nanotechnology are likely to involve improved delivery methods, such as pulmonary or epidermal methods to avoid the stomach, encapsulation for both delivery and delayed release, and eventually the integration of detection with delivery, so drugs can be delivered exactly where they're needed, minimizing side effects on healthy tissue and cells.

As for navigation, the medicine will be delivered by moving with the flow and "dropping anchor" when it reaches its destination.

The Matters That Are Contracting

Another myth is that nanotechnology shrinks things. This has been worsened by photos of small bulls and microscopic guitars that can be strummed with an AFM, which, while newsworthy, just highlight our new sub-micron control of matter.

Nanotechnology focuses on creating from the bottom up, while micro-technologies shrink macro-scale devices like transistors and mechanical systems. With the end of the CMOS roadmap nearing 10 nm and Von Neuman electronics' uncertainty principle limit at 2 nm, making things smaller won't help.

Nanotechnology can help us by constructing technologies from the bottom up. Self-assembly techniques, potentially aided by nano imprint lithography templates, a major European breakthrough, along with our understanding of polymers and compounds like Rotoxane at the nanoscale open up new possibilities.

Our understanding of the behavior of materials on the scale of small molecules allows a range of alternative techniques to develop smarter, cheaper gadgets. The new understanding will also help us to create new architectures, making functionality a better performance measure than transistor density or ops/s.

Is Nanotechnology A Recent Development?

The fact that the Romans and Chinese were employing nanoparticles thousands of years ago often shocks people. Similar to when you light a match, fullerenes are created every time.

Since the 1920s, Degussa has been making carbon black, the chemical that gives vehicle tyres their black color and increases the rubber's resistance to wear. Naturally, they were unaware that they were doing so, and as they had no control over particle size or even a basic understanding of the nanoscale, they were not using nanotechnology in the sense that the term is currently used.

Our ability to observe and control matter at the nanoscale as well as our comprehension of atomic size interactions are both novel aspects of nanotechnology.

One of the turning points in the history of nanotechnology was when Don Eigler used an SPM to spell IBM in xenon atoms in 1989. First, we could put atoms where we wanted, though holding them there above absolute zero proved difficult.

Arranging atoms one by one is useful for comprehending the nanoworld, but not for industry. Given that a Pentium 4 processor has 42 million transistors, simplifying them to a cube of 100 atoms on each side would need 42 x 102 processes, and that's before considering other materials and devices.

Physical chemistry has been used to make anything from nitrates to salt for over a century. To execute this, we don't need a Star Trek-style tabletop assembler, only a few barrels of precursor chemicals and a catalyst.

Compare this to making a sausage atom by atom. Everyone knows that a sausage contains meat, fat, cartilage, various tissues, and bone, all enclosed in animal intestine. Smaller scales are simpler, say assembler proponents.

Zooming down to the microscale, we find cells, cytoplasm, mitochondria, chromosomes, ribosomes, and other intricate natural engineering. Moving closer to the nanoscale, we must deal with nucleic acids, nucleotides, peptides, and proteins, none of which we fully understand or expect to understand soon.

A farmyard with a few pigs is a more effective sausage machine than we could ever construct. It also produces hams and is an effective waste disposal system. This shows how far humans are from mimicking nature.

Attack Of The Killer Nanobots

Self-replicating machines that flee the lab and assault anything in their path are usually popular. Nature beat us by many hundred million years. Naturally occurring nanomachines can proliferate and mutate to prevent elimination, flee their hosts, and fly through the atmosphere with ease.

Most of a virus's machinery is nanoscale, so it's no wonder they're so successful. The proliferation of such 'nanobots' is limited by their capacity to convert a large enough range of materials for future expansion.

Many species' immune systems, while unable to totally eliminate viruses without side effects like runny noses, are effective in coping with this type of threat because of the huge range of technologies available to a large complex organism when presented with a single purpose nano-sized one. Any nano threat would need more intelligence and flexibility than we could develop.

Our understanding of genomes and proteomics is immature compared to nature and likely to stay so. Anyone worried about nanoscale risks to mankind should consider HIV variants that could be transmitted by mosquitoes or deadlier flu viruses, which require considerably more concern.

What Is Nanotechnology And Examples?

Nanotechnology: Any technology, including standard industrial and chemical processes, that involves structures with unique properties that are one to one hundred nanometers in size. Nanotechnology coatings are already used in the production of stain-resistant garments and high-performance sunscreen creams, for example.

What Is The Main Purpose Of Nanotechnology?

What Are Three Uses Of Nanotechnology?

Many technology and industry sectors, including information technology, homeland security, medicine, transportation, energy, food safety, and environmental research, are being significantly improved, if not revolutionized, by nanotechnology.

How Is Nanotechnology Used In Everyday Life?

Silver nanoparticles are utilized to offer antibacterial characteristics in hand washes, bandages, and socks, while zinc or titanium nanoparticles are the active UV-protective ingredients in current sunscreens.

Nanotechnology, like other sciences, focuses on understanding nature. Our efforts to create machines and manipulate stuff are unsophisticated compared to nature. Nature designs energy-efficient systems that work exactly and without waste, fix just what needs fixing, and do no more. But our understanding of nanoscale events may one day allow us to do so.

Nanotechnology is fascinating from scientific, financial, and political perspectives because it combines existing technologies with our ability to see and operate at the atomic size.

Nanotechnology will be judged like any other business technology on its profitability. This may be in lowering production costs by using more efficient or selective catalysts in the chemicals industry, developing new products such as novel drug delivery mechanisms or stain resistant clothing, or creating entirely new markets, as understanding polymers did for the multi-billion euro plastics industry.

Nanotechnology may bring together physical and biological sciences that haven't interacted since high school. Nanotechnology's greatest impact may be the unification of scientific disciplines, allowing scientists to call on the resources of all of science, not just one.