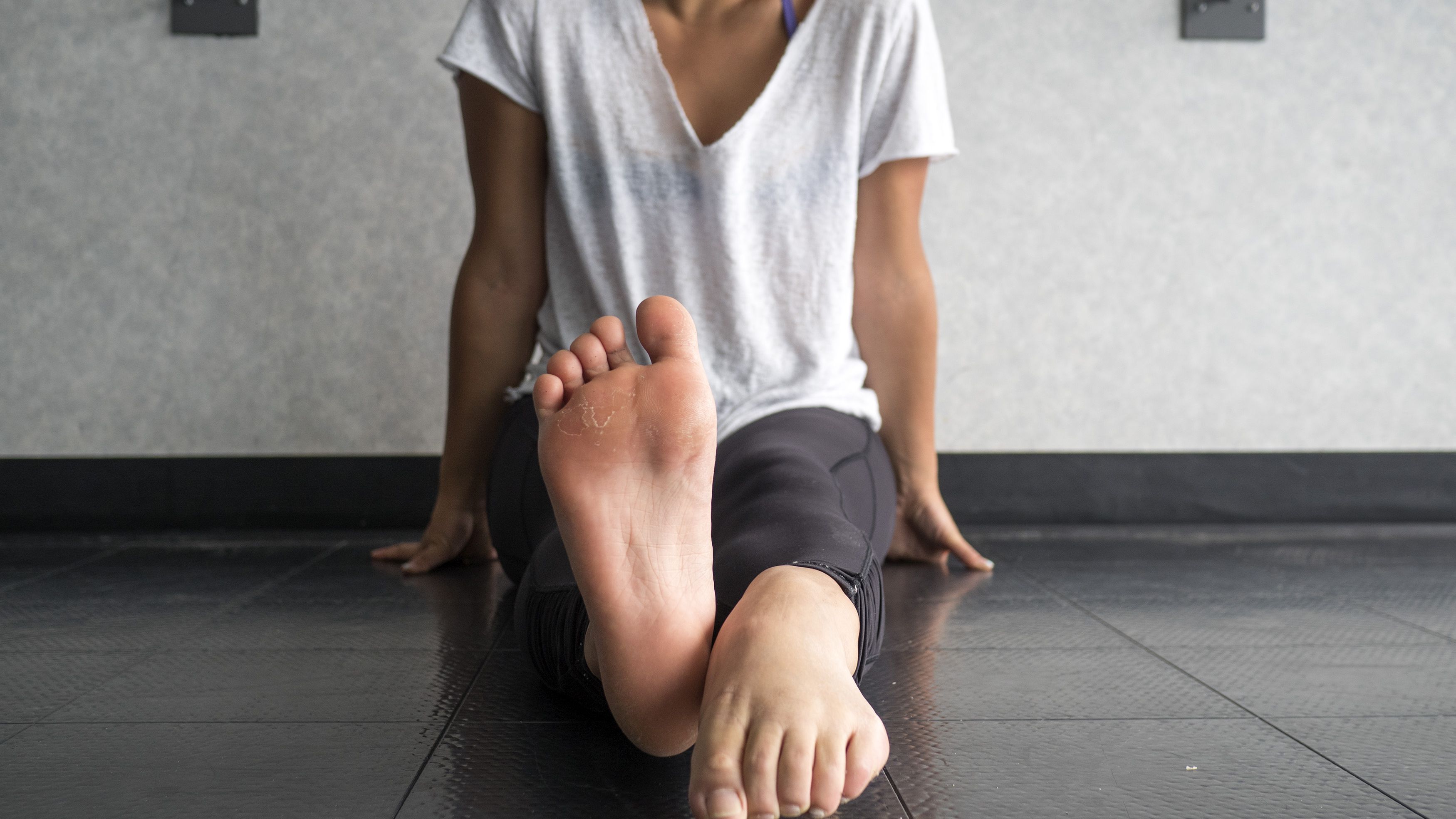 The superficial peroneal nerve (SPN) is a branch of the common peroneal nerve that provides motor supply to the lateral lower leg compartment as well as innervation of the foot and ankle.

Evidence suggests that the anatomy of this nerve changes dramatically over time, putting it at risk for iatrogenic injury.

The purpose of this paper was to go over the anatomy of the SPN and how it relates to common orthopedic lower-limb procedures.

Anatomy Of The SPN At The Knee

The common peroneal nerve is a superficial nerve that originates from the sciatic nerve and winds around the fibula neck from posterior to anterior. The deep and superficial peroneal nerves divide the nerve after that, with the latter usually traveling through the lateral compartment of the lower leg.

Even at its origin, however, the SPN can have variations. The common peroneal nerve splits into deep and superficial branches proximal to the knee joint in ten percent of legs, according to a cadaveric study. A separate cutaneous branch emerged from the common peroneal trunk in 30% of specimens, a branch that had never been recognized in the literature before.

The same authors went on to show that when arthroscopically assisted inside-out lateral meniscus repair in fresh frozen cadavers was performed without a posterior retractor, the risk of injuring the peroneal nerve or one of its branches was as high as 20%. Because of this anatomical variation, portal insertion should be done posterolaterally with a scalpel only to make the skin incision, then blunt dissection to enter the knee joint.

Anatomy Of The SPN In The Lower Limb And Ankle

The SPN provides sensory and motor innervation to the lateral compartment of the leg, including the peroneus longus and peroneus brevis, below the knee joint. The SPN's anatomy is frequently discussed in terms of the lower leg fasciae. All of the muscles in the lower leg are encircled by the crural fascia. The intermuscular septum, which separates the anterior and lateral muscle compartments, is attached to the crural fascia laterally.

By piercing the crural fascia over the lateral compartment and running superficially over the extensor retinaculum of the ankle, the SPN tends to become subcutaneous about halfway down the lower leg, supplying the foot.

Termination Of The SPN

The SPN becomes superficial when it crosses the distal fibula from posterior to anterior, approximately 11cm proximal to the fibula's tip and usually within 6–12 cm of the lateral malleolus tip. To innervate the dorsum of the foot, the SPN or one of its terminal branches crosses the ankle joint. According to Blair and Botte's cadaveric study of 25 legs, the SPN termination in the lower leg can be classified into three distinct patterns.

The IDCN is absent in some cases (8.6%), causing the sural nerve to supply the dorsolateral part of the foot rather than the SPN. The medial part of the foot is supplied by the saphenous nerve or the deep peroneal nerve in less than one percent of cases where the medial cutaneous branch is absent.

Relevance To Surgical Incisions Over The Lateral Malleolus

Ankle fracture fixation, open ankle arthrodesis, and Brostrom-Gould repair for lateral ligament reconstruction all commonly involve longitudinal incisions over the distal fibula lateral malleolus. Some surgeons use a single incision down to the bone over the lateral malleolus, but this can damage the SPN if it pierces the deep fascia at a distal location.

Following the skin incision over the lateral malleolus, it is routinely recommended to look for the SPN or IDCN, so that if the nerve is found, it can be transposed anteriorly and protected before deep dissection. The SPN or a terminal branch can lie along the anterior border of the fibula, so centering the surgical incision over the posterior aspect of the malleolus reduces the risk of injury.

Fixing Weber C type fibula fractures or performing a lateral fasciotomy for compartment syndrome may necessitate a more proximal incision over the lateral lower leg. We recommend using a tourniquet for the latter so that the SPN can be visualized and protected, preventing further co-morbidity.

The most common side effect of ankle arthroscopy is neurological injury. The superficial peroneal nerve was injured in 15 (2.5%) of 612 ankle arthroscopies, according to a study. All of the nerve injuries were caused by direct contact with the portal or a pin distractor.

The MDCN was half-way between the lateral and medial malleoli, according to Blair and Botte, while the IDCN was one-third of the distance. The anterolateral portal should be placed 2 mm lateral to the peroneus tertius tendon during ankle arthroscopy to avoid injury to the SPN branches.

Peroneus tertius, on the other hand, is difficult to diagnose clinically. As a result, we recommend performing the fourth toe flexion sign with the foot plantarflexed and inverted before surgery to mark the course of the SPN at the ankle. This maneuver emphasizes the SPN's branches' subcutaneous course and has been found to be positive in 87% of people.

According to cadaveric studies, the SPN's anatomy over the dorsum of the foot varies. The IDCN or the sural nerve can be injured during a surgical approach to the subtalar joint that involves an incision from the tip of the fibula to the base of the fourth metatarsal. The deep and superficial peroneal nerves can be injured by dorsal approaches to the midfoot for arthrodesis or fracture fixation.

Canovas et al. found that the MDCN splits into three branches at a distance of 5 to 20 cm from the first interdigital space. The MDCN innervates the skin over the hallux with a significant and consistent dorsomedial branch to the great toe. The extensor hallucis longus tendon can be as close as 6 mm from this branch. Arthrodesis and cheilectomy have traditionally been performed via a dorsomedial approach to the first metatarsophalangeal (MTP) joint. Such an approach may cause numbness or a painful neuroma by injuring the medial cutaneous branch. All surgery to the first MTPJ should therefore be performed via a medial or true dorsal approach.

What Happens If The Superficial Peroneal Nerve Is Damaged?

How Do You Treat Superficial Peroneal Nerve Damage?

Orthotics, braces, and foot splints that fit inside a person's shoe are examples of nonsurgical treatments that can help. Physical therapy and gait retraining can aid in the individual's mobility. Peripheral nerve surgery may be required for certain injuries.

What Does The Superficial Peroneal Nerve Do?

The superficial peroneal nerve (superficial fibular nerve) is a mixed nerve that runs from the anterolateral side of the leg to the greater part of the dorsum of the foot (except for the first web space).

The superficial fibular nerve (SFN) is the new name for the superficial peroneal nerve. Foot and ankle surgeons must identify and treat entrapment of the SFN because failure to do so can result in permanent nerve damage.

The SPN has highly variable anatomy from its origin near the knee to its terminal branches near the dorsum of the foot, according to cadaveric studies. As a result, both foot and ankle surgeons and trauma surgeons need to be aware of these differences. The following are the key anatomical locations where the nerve is in danger: 1) in the lower leg (between 3 and 12 cm above the ankle joint); 2) over the distal fibula, where the SPN or IDCN crosses from posterior to anterior; 3) over the anterolateral ankle joint, where the SPN or its terminal branches extend to the foot; 4) over the first MTP joint, which is consistently supplied by a medial dorsal cutaneous branch.