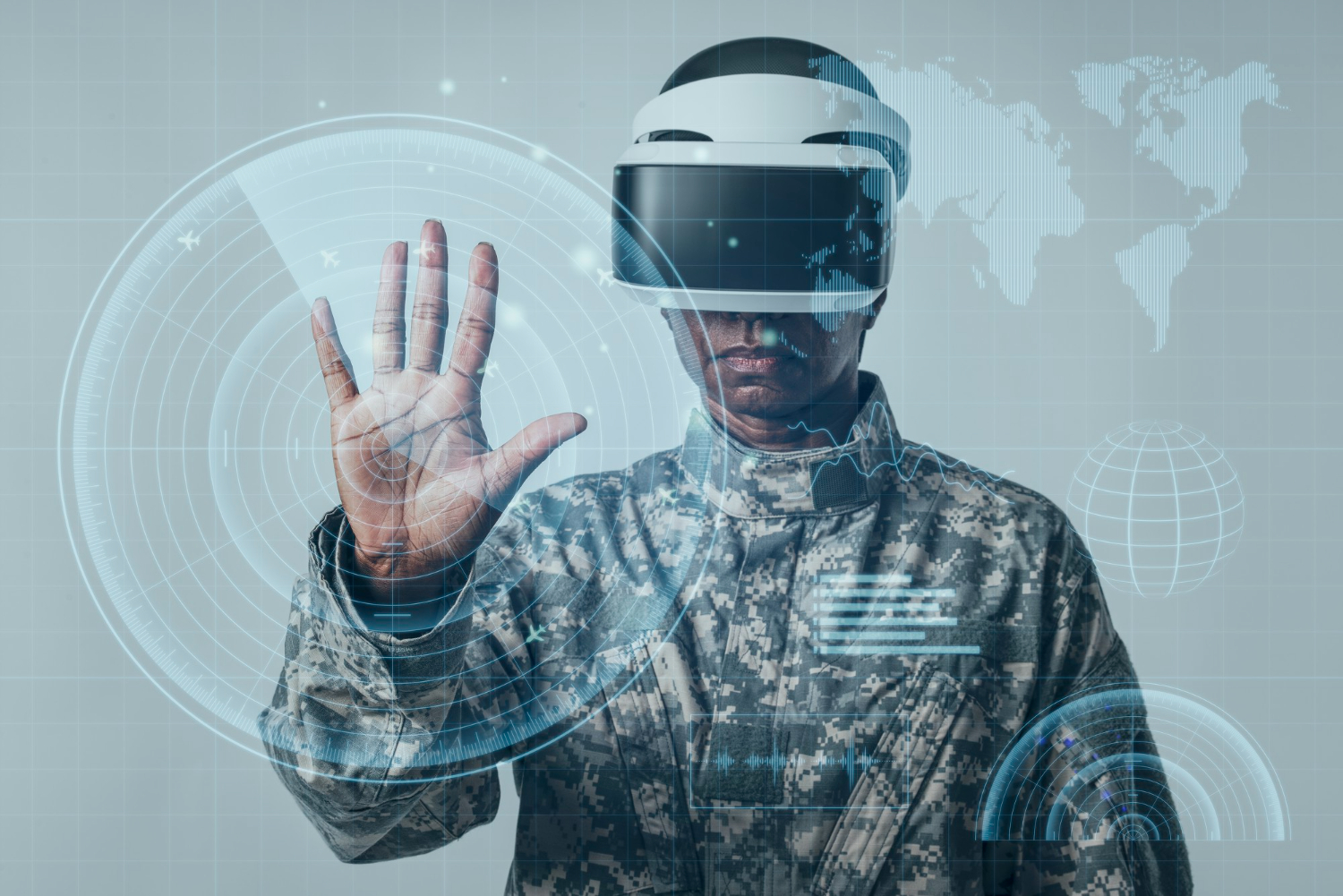 Augmented and virtual reality is changing how we see and interact with digital information. Because of their ability to recreate interactions between computer-generated visuals and the actual environment, these near-eye displays have gotten much attention and effort.

Virtual and augmented reality offers an appealing new method for individuals to experience their surroundings. In contrast to traditional display technologies such as televisions, laptops, and smartphones, augmented and virtual reality displays are intended to change interactions between the viewer, display, and the surrounding world.

Viewers can immerse themselves in a creative universe that merges fiction and reality by superimposing virtual visuals on the actual environment. Augmented, virtual reality display aims to give realistic pictures that may imitate, integrate into, or reconstruct the surrounding world without causing pain to the wearer.

To provide visual comfort, the optical system should have an appropriate field of view, create 3D pictures with matching depth and high resolution, and give enough contrast and brightness.

For long-term user comfort, a compact and lightweight construction are preferred. Meeting these goals is difficult because of the trade-offs between different optical components and system architectures.

Some augmented, and virtual reality devices are emerging due to significant developments in optical components, display technology, and digital processing.

The fundamental challenge with computer-generated 3D picture production is the immersive experience with a virtual world. Stereo vision is an essential feature of the human visual system when analyzing the capabilities of producing 3D pictures in virtual reality.

Real-world viewing of a 3D object makes an accommodation cue (the focus of the eyes) and a vergence cue (relative rotation of the eyes) match. However, in most modern virtual reality systems, there is just one fixed display plane with various rendered information.

At the same time, the eye lens focuses on the display plane, resulting in mismatched accommodation and vergence distance. This condition, known as vergence-accommodation conflict (VAC), induces dizziness and nausea.

Aside from aesthetic comfort, the total weight and bulk of the device will restrict use duration and applications. To ensure user comfort, the device should be as light as feasible while maintaining a wide field of view in the virtual area.

How To Reduce Vergence Accommodation Conflict In Virtual Reality

Use Of Multi-Focal System

In the late 1990s, the multi-focal display was presented as a solution to the vergence-accommodation conflict issue of head-mounted displays. It entails creating numerous picture planes or altering image plane positions to fit the vergence and accommodation distances.

Transparent panels will raise costs and show visible moiré patterns when many panels are stacked together. Beam splitters may be used to assist set up a space multiplexing system.

Because the distance between each beam scanner and the human eye varies, the picture is presented at various depths.

The temporal multiplexing approach is based on dynamic components and may modify the panel distance or effective focal length at any moment. Although it is still difficult to produce an adaptive lens with an extensive tuning range and quick reaction time, this technology may minimize the number of physical parts, resulting in a substantially smaller system volume.

This design can provide multi-focal planes while reducing system size and weight; however, it necessitates using a costly spatial light modulator, and the picture quality is not yet suitable for commercial goods.

Use Of Micro Lens Array System

An advanced design includes placing a micro-lens array (MLA) in front of the display screen to adjust the location of virtual pictures globally or individually.

Instead of moving a bigger display panel or heavier lens across a longer distance, moving the micro-lens array plate, a little space may drastically reduce vergence-accommodation conflict.

Use Of Light Field System

Light field displays should ideally simulate a physical wavefront formed by a real object. We trace the points on the item and light the appropriate pixels on the display screen to present a virtual 3D object.

The light field around those places may then be modeled using discrete emitting rays. Although this approach provides accurate depth information and retinal blur, it sacrifices resolution.

The main idea is to construct a hollow in which the optical path may be folded into a smaller region. Due to the BS, only 25% of total energy is transmitted to the viewer's side. Recent improvements in holographic optics provide an even wider variety of optical element options.

Flat holographic films may be used for the reflecting polarizer and the BS. This indicates that total system efficiency may increase from 25% to 100%.

Unlike virtual reality displays, which give an immersive experience, augmented reality displays strive for see-through systems that overlay computer-generated pictures with actual landscapes. Near-eye devices with high transmittance, an appropriate field of view, and a small form factor are required to provide this distinct visual experience with wearing comfort.

As a result, freeform optics with a wide field of view and excellent transmittance are critical for augmented reality displays. This building, however, has a huge volume and hefty weight owing to the prism shape.

A light guide-based structure and free-space coupler are often employed to establish a delicate balance between visual comfort and wearable comfort while reducing system size.

Use Of Freeform Prisms And Beam Scanners

Because of the advancement of diamond-turning equipment, freeform prisms have received great attention. The freeform prisms in an augmented reality system typically need a partially reflecting surface and a total internal reflection (TIR) surface to overlay the computer-generated pictures and transmit the surrounding surroundings.

This design produces high-quality pictures with a broad field of view, but the complete system is large and heavy because of volume constraints.

A designed beam scanner cube used as the coupler is another frequent example of a freeform-based augmented reality gadget. This device architecture offers the most basic option for augmented reality display with a wide field of view but a bigger physical size.

The lightguide-based structure outperforms the freeform design in terms of aesthetic and wearing comfort, particularly in the small and thin form factor.

Lightguide-based near-eye display (LNED) has been one of the most extensively utilized architectures for augmented reality displays over the last decade. It is used in numerous commercial devices such as the HoloLens 2, Magic Leap 1, and Lumus.

Input and output couplers are critical optical components that impact the performance of an LNED. The input coupler typically has high efficiency, allowing it to use the light generated by the optical engine entirely.

On the other hand, the output coupler has a low gradient efficiency over the exit pupil to guarantee an extended and homogenous eyebox.

LNEDs are classified into two types depending on their coupler designs: grating-based lightguides and geometrical lightguides.

Use Of Free Space Coupler-Based Architectures

Numerous designs based on free-space couplers have undoubtedly been presented because of their high degrees of freedom, but each design has advantages and disadvantages.

Based on their operating principles, these systems may be divided into three types: reflecting couplers, diffusive couplers, and diffractive couplers.

What Is An Augmented Reality?

Augmented reality is a perspective of the physical world that includes computer-generated components. These inputs might include audio to video, graphics to GPS overlays, and more.

Is Augmented Reality And Virtual Reality The Same?

Virtual reality (VR) means an entirely immersive experience that isolates the user from the outside world.

What Is The Impact Of Virtual And Augmented Reality?

People may use virtual and augmented reality to engage with one another and enhance their communication abilities. Furthermore, any previously known gadget could not give the user an outstanding and comprehensive experience.

What Is Virtual Reality And Augmented Reality?

Because of the various advanced architectures with unique features, such as reducing vergence–accommodation conflict through adjustable lenses, resolving compact size issues with polarizing films, and providing a large field of view through freeform optics, augmented and virtual reality displays have scientific significance as well as broad application prospects.

Although it is still difficult for these architectures to achieve all of the requirements for visual and wearable comfort at this level, knowing about and assessing advanced systems will help us focus on unsolved difficulties and inspire more elegant solutions.