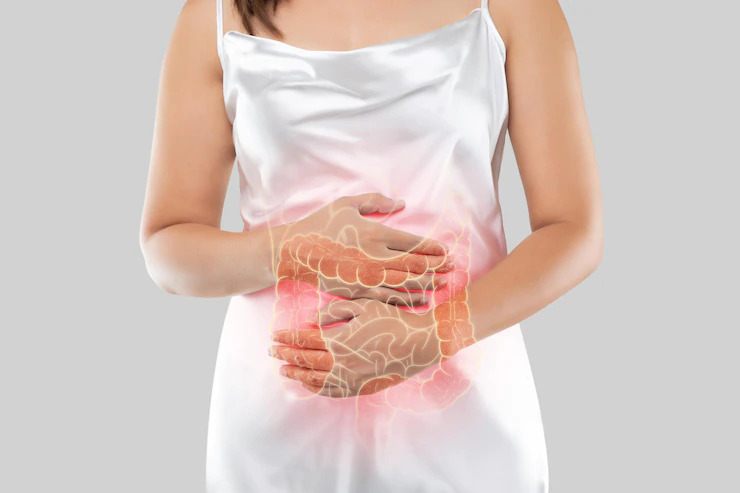 DHODH is only significant in cells that have been stimulated strongly and are very metabolically active.

As a result, IMU-838 will only precisely target these cells while still allowing for normal immune response, indicating a significant safety benefit for patients.

What Is Ulcerative Colitis?

Ulcerative colitis (UC), also known as inflammatory bowel disease (IBD), is a condition that causes erosion and ulcers in the inner lining of the large intestine (also known as the large bowel).

It is a condition that lasts a lifetime and has no known cause or treatment.

Patients have recurrent cycles of flare-ups and remission, and there is a possibility that extraintestinal symptoms may occur.

There is a significant psychological and social influence on the patients who are afflicted by it.

What exactly causes ulcerative colitis is not understood, often known as UC. However, studies have uncovered a few potential causes of the condition, which are as follows:

The doctor would do a thorough physical examination and recommend a battery of specialist blood and radiological tests (X-ray, computed tomography [CT] scan, etc.).

Other tests, including colonoscopy, endoscopy, biopsy, and stool examination, may be performed.

Ulcerative colitis (UC) is a chronic condition alternating between flare-ups and remissions (relief in symptoms).

There is no permanent medical treatment for it, but there are many drugs that may give symptomatic relief, decrease inflammation, and control flare-ups.

Depending on the severity of the condition, treatment may include medicinal and surgical therapy.

Patients will also need to make modifications to their food and lifestyle.

Medical therapy consists of the following: 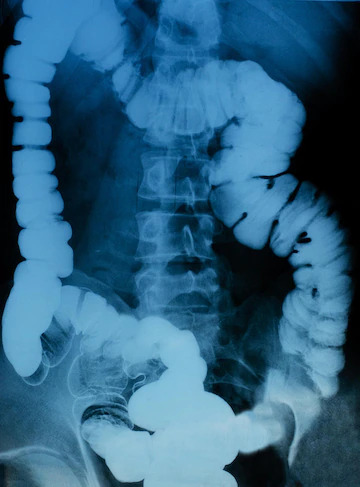 X ray of intestine in black and white color

Vidofludimus is a potent inhibitor of DHODH, a critical enzyme in de novo pyrimidine biosynthesis, and hence limits the proliferation of activated T and B cells by inhibiting DHODH.

Vidofludimus also inhibits the expression of pro-inflammatory cytokines such as IL-17 in activated lymphocytes, even in exogenous uridine, indicating a pharmacological effect independent of inhibiting DHODH and T-cell proliferation, but the targeting mechanism remains unknown.

This method has the potential to increase the optimization of existing medications and lead to novel therapeutic switching.

Vidofludimus was discovered to be a new farnesoid X receptor modulator with therapeutic promise in the treatment of non-alcoholic fatty liver disease.

What Is Life Expectancy With Ulcerative Colitis?

Patients diagnosed with ulcerative colitis (UC) often have the same life expectancy as people in the general population who do not have the illness.

UC is a condition that lasts for a person's whole life, alternating between active episodes and remission (periods without symptoms, which may last for weeks or years).

What Medications Should Be Avoided With Ulcerative Colitis?

A UC person may want to steer clear of some drugs since such medicines might worsen their UC symptoms.

These include non-steroidal anti-inflammatory drugs (NSAIDs) like ibuprofen, naproxen, and aspirin.

There is some evidence that some antibiotics might make the symptoms of UC worse.

A person with UC should steer clear of some supplements since they may make their symptoms more severe.

What Is The Safest Drug For Ulcerative Colitis?

In mild-to-moderate disease severity, mesalamine is favored because it is the safest medicine available for UC therapy, with just a 0.2 percent risk of interstitial nephritis.

This makes it the drug of choice in cases when the severity of the illness is moderate or mild.

Does Curcumin Help With Colitis?

Curcumin is a naturally occurring molecule found in the spice turmeric, derived from ginger root, and may aid in inflammation reduction.

Dihydroorotate dehydrogenase is highly expressed in proliferating or activated lymphocytes.

The study includes a blinded induction phase to determine the optimal dose of IMU-838 to induce response and remission, a blinded maintenance phase to evaluate IMU-838's ability to maintain remission until Week 50, and an open-label treatment extension arm for patients who discontinue the blinded phase as scheduled or prematurely, subject to certain restrictions.

A selection of patients will undergo pharmacokinetic (PK) testing to create a single-dose PK profile.