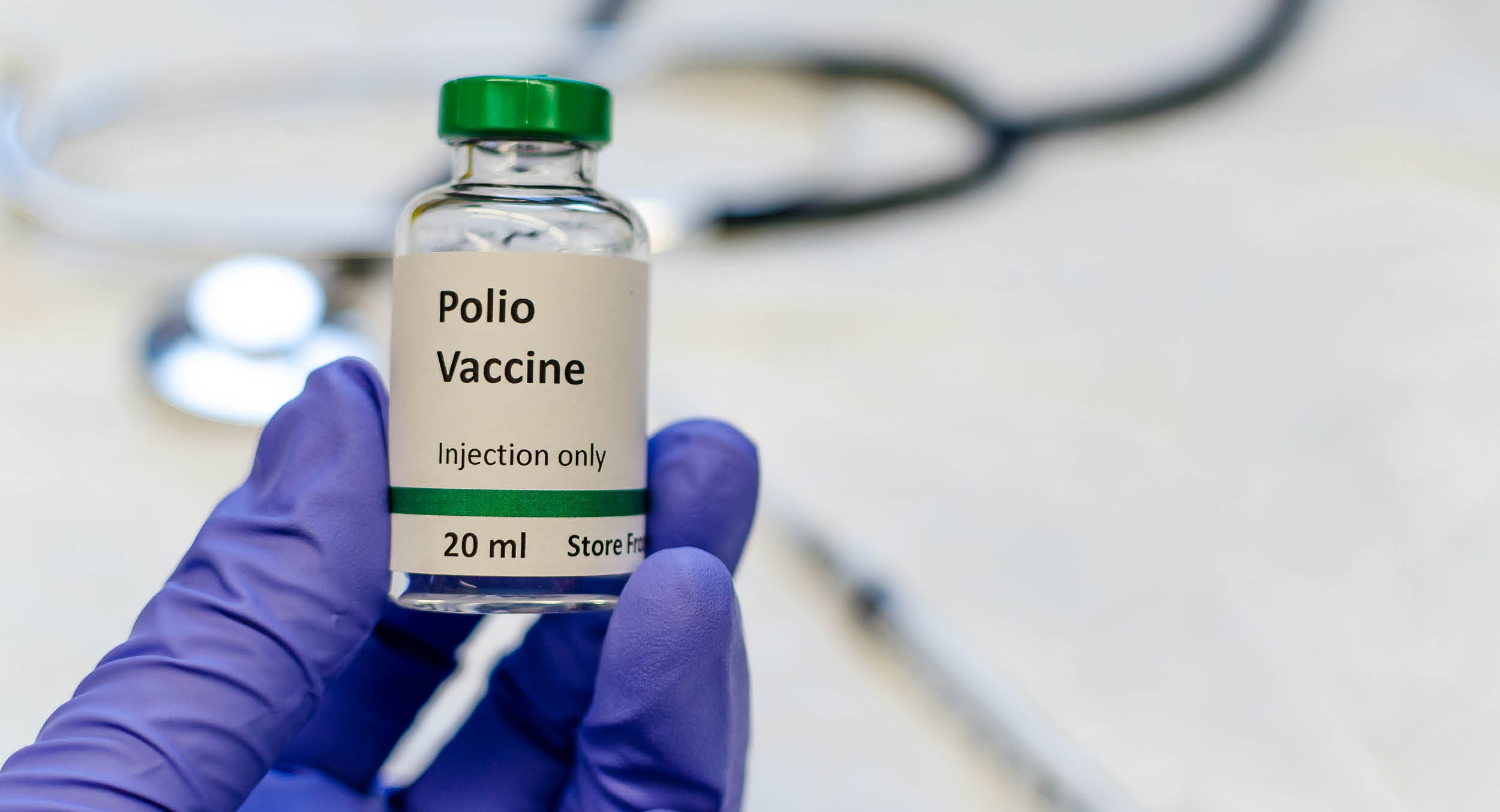 People with post-polio syndrome have a number of symptoms that make it hard for them to be independent and happy in general. These symptoms include general fatigue, pain, breathing problems, depression, and sleep problems.

There are many reasons why people have dysphonia. Dysphonia is diagnosed and treated by doctors who specialize in ear, nose, and throat problems as well as speech pathologists.

Therapy, medication, injections, or surgery are all options for treating dysphonia, depending on the underlying cause of the problem.

In this article, there is a case of a patient with post-polio syndrome who has an unusual symptom of hoarseness.

What Is Post-Polio Syndrome?

Most of the time, the symptoms of post-polio syndrome are the same ones they had when they had polio, but they have come back after more than 15 years.

Not everyone in the past who had polio would have been told they had it. In the same way, not everyone who had polio, even if it wasn't diagnosed, will have post-polio syndrome.

The condition is not well understood because it is a relatively "new" condition, having only been identified in the 1980s when polio survivors first started experiencing symptoms of post-polio syndrome. This is because the condition has only been around for a relatively short period of time.

Researchers are trying to determine what factors contribute to the development of post-polio syndrome and why some people are susceptible to the condition while others are not.

Current scientific consensus holds that the poliovirus was responsible for the damage that occurred in the body's motor neurons, which led to their eventual degeneration and inability to function properly.

What Are The Symptoms Of Post-Polio Syndrome?

There is a wide range of symptoms associated with post-polio syndrome, and not every person who has the condition will experience it in the same way.

The severity of the symptoms and the time they appear can vary. There is a possibility that some symptoms will appear before others, and not everyone will experience the same collection of symptoms.

Again, this is something that will be different for each individual, but it is likely that the symptoms of post-polio syndrome will have some impact on a person's day-to-day life.

Dysphonia is a term that refers to a form of impaired voice production. It is possible for it to manifest as a change in voice quality (such as breaks in the voice, sounding strained, strangled, or breathy), voice pitch (high or low), volume, or requiring an increased effort to produce vocal sounds, which, in the end, makes it difficult to communicate and negatively affects the quality of life of the individual.

Functional dysphonias are dysphonias that arise from the misuse of the voice, improper vocal techniques, or vocal muscle imbalance. Traditionally, dysphonias have been divided into two categories: organic causes and functional causes.

Organic causes are factors that are not directly related to the use of the voice, such as gastroesophageal reflux disease or Parkinson's disease. In more recent times, the term "muscle tension dysphonia" has become more popular than the more traditional term "functional dysphonia." Estimates place the prevalence of dysphonia in the general population of the United States anywhere between 3% and 9%.

Hoarseness of the voice is one of the symptoms of dysphonia, which describes a change in the quality of one's voice. Hoarseness is usually the result of an infection in the upper respiratory tract or excessive use of one's voice, but it can also occur on its own.

Dysphonia and hoarseness can also be caused by inflammation of the larynx (the voice box), acid reflux, smoking or exposure to secondhand smoke, acid reflux, and head and neck cancer.

A disruption in the movement of any of the components of voice production, including the laryngeal muscle action and the airflow via these muscles, can result in dysphonia. This is the most fundamental explanation for the condition.

In the instance of spasmodic dysphonia, the precise reason is not well understood; nonetheless, it is believed that a defect in the basal ganglia of the brain, which controls specific muscle action, plays a role.

Many individuals who suffer from this illness have been described as "introverted, stress-reactive, alienated, and dissatisfied." There was no correlation found between organic dysphonia and any particular psychological characteristics.

In addition to feeling hoarse, dysphonia may come with other symptoms including:

A Case Presentation On A Post-Polio Syndrome Patient

The patient is a male who is sixty years old and was diagnosed with post-polio syndrome in an outpatient rehabilitation post-polio clinic at a tertiary academic institution. The hoarseness of the patient's voice was the primary complaint that they presented with.

Because the patient worked as a teacher and found it difficult to complete a full day of instruction while suffering from dysphonia, the patient developed a direct functional handicap as a result of the condition. He was under the impression that he would no longer be able to carry on in this line of work as a result of the challenges.

After particularly trying days, he also suffered from severe exhaustion. Three medical professionals, a physiatrist, a physical therapist, and an orthotist, all assessed the patient at the same time.

The vocal cords were found to have a normal range of motion during the otolaryngology examination. It was determined that hoarseness was not caused by digestive issues. The chest CT turned out negative results. The speech pathologist came to the conclusion that the hoarseness was brought on by tired abdominal muscles that were weakened owing to post-polio syndrome.

Following the implementation of speech therapy for energy conservation strategies and physical treatment to strengthen the abdomen and core muscles, there was a noticeable improvement in the patient's voice function. In order to provide support for the abdominal and diaphragmatic musculature, it was recommended that the patient wear an abdominal binder all day long.

What You Should Know About Post-Polio Syndrome

Hoarseness is a common sign of post-polio syndrome, but this patient's case demonstrates an uncommon connection between hoarseness and weakness. People who have had polio in the past might develop a condition known as post-polio syndrome, which is characterized by a delayed onset of reactivated symptoms such as weakness, pain, and exhaustion.

Of polio survivors, 22-68 percent develop post-polio syndrome. Everyone who has ever had polio, regardless of how severe their case was, runs the risk of having muscle weakness. People who suffered from severe residual weakness after their first polio infection are more likely to have more severe signs of post-polio syndrome, including greater loss of muscle function. These people also have a higher risk of developing post-polio ataxia.

The most effective interventions remain non-fatiguing exercise, energy conservation techniques, and appropriate bracing or assistive devices; however, in some patients, even minimal physical exercise may exacerbate post-polio syndrome symptoms, particularly fatigue. There is currently no prevention or treatment that can reverse the effects of post-polio syndrome.

Because there is currently no medication that will reverse the effects of post-polio syndrome, the focus of treatment is on helping patients better manage their symptoms and enhance their quality of life. People who have the ailment typically receive treatment from a group of various medical providers working in conjunction with one another.

Can Polio Affect The Throat?

The majority of persons who become infected with poliovirus, around 72 out of every 100, will not exhibit any outward symptoms of the disease. People infected with the poliovirus will experience symptoms similar to those of the flu around one-fourth of the time, or twenty-five percent of the time. These symptoms may include a sore throat.

Which Signs Are Indicative Of Post-Polio Syndrome?

Having trouble keeping your energy up and frequently feeling exhausted. Losing muscular tissue (atrophy) issues with either breathing or swallowing may be present. abnormalities of the respiratory system that occur during sleep, such as obstructive sleep apnea.

Does Post-Polio Syndrome Get Worse?

The symptoms have a tendency to gradually worsen over a long period of time; however, this process takes place extremely slowly, and medication may help further slow it down. It is extremely rare for post-polio syndrome to pose a threat to a person's life; nonetheless, some persons develop breathing and swallowing issues that can lead to significant problems such as chest infections.

If your voice is hoarse, there is a good chance that you can pinpoint the cause to a specific incident, such as yelling during a sporting event or concert, having a cold or sinus infection, or singing along when someone else is performing. However, this is not always the case and does not explain why you have lost your voice.

A multidisciplinary team can help maximize and sustain function in patients diagnosed with post-polio syndrome who are experiencing hoarseness in their voice. People who have a history of polio should be evaluated for possible muscle weakness in the abdominal region, the diaphragm, and the laryngeal muscles.