Quality By Design - Its Effect In The Pharmaceutical Development 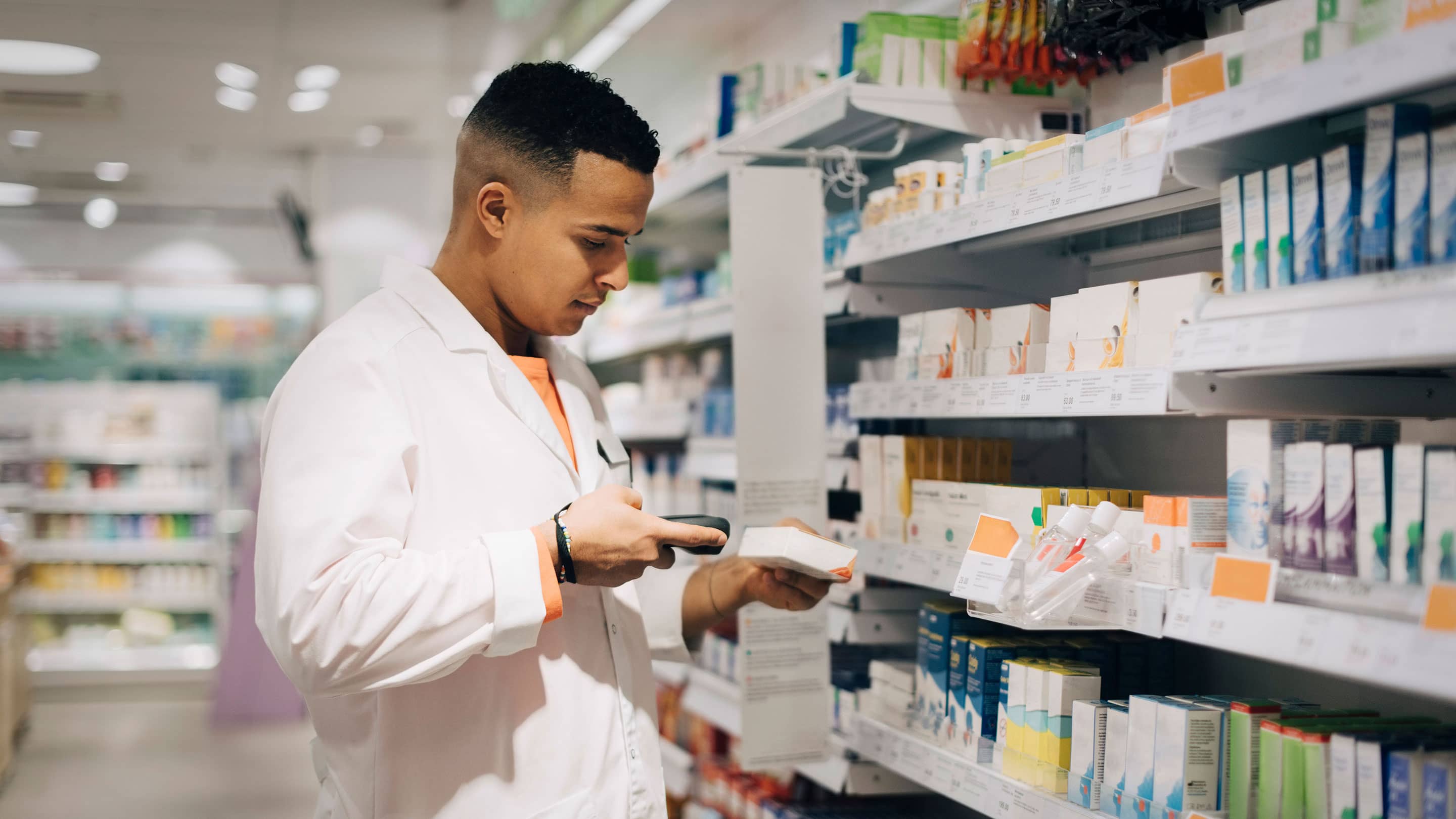 Quality by design (QbD) is a component of the quality system that focuses on ensuring product quality during development and throughout its life cycle.

It can be emphasized by combining risk management with science. QbD is defined by the International Conference on Harmonization (ICH) as a systematic approach to pharmaceutical development that begins with predefined objectives and emphasizes product and process understanding and control, based on sound science and quality risk management.

Despite its reputation as a new paradigm in the pharmaceutical industry, QbD is actually not that new.

Operation windows, which have transformed today's design space, were first considered in the 1950s. In the 1970s, Joseph M Juran coined the term QbD, which he popularized with several publications in the 1990s.

For almost a decade, global regulatory agencies and industry have been attempting to comprehend and implement the QbD approach to the manufacturing process, following the publication of the aforementioned guidelines.

What Is The Target Product Profile?

The target product profile (TPP) is a synopsis of the drug development program as it relates to the goals of prescribing information. TPP is primarily expressed in clinical terms like indications and use, contraindications, warnings, adverse reactions, overdose, and so on.

The quality TPP (QTPP) includes some aspects of the TPP that can be controlled by the formulation/process, and it assigns quality targets to patient-relevant characteristics like assay, content uniformity, and stability.

According to the ICH Q8(R2) guidelines, a critical quality attribute (CQA) is "a physical, chemical, biological, or microbiological property or characteristic that should be within an appropriate limit, range, or distribution to ensure the desired product quality." CQAs for products can be determined using prior knowledge, identified QTPPs, and risk assessments, and they should always be taken into account during the formulation and process development process. For sterile products, sterility, for example, is a mandatory CQA.

CQAs are identified using the ICH guideline Q9, which involves risk assessment. Prior knowledge from non-clinical and/or clinical experiences with a specific product quality attribute, data from similar molecules, and literature references can all be used as key risk assessment factors.

Risk management tools are critical in every step of the quality risk management process. To begin, the knowledge space should be defined through the use of mapping (basic risk management facilitation methods). Ishikawa diagrams, flow-down maps, and process maps are all common tools. FMEA, failure mode, effects, and criticality analysis, and hazard operability analysis are common risk assessment tools used in manufacturing, particularly to understand the impact of each operating parameter on overall process performance.

Working within the design space is not considered a change, according to the ICH Q8(R2) guideline, which defines it as "the multidimensional combination and interaction of input variables (e.g. material attributes) and process parameters that have been demonstrated to provide assurance of quality."

The first principles approach, empirical approach, and scale-up correlations are some of the methods for establishing a design space. A factorial design can be combined with linear and multiple-linear regression analysis to develop design spaces using an empirical approach when multiple variables are considered on the same CQA.

Final criticality analyses are performed with the goal of identifying process parameters and/or material attributes that require close monitoring and control.

A control strategy is a pre-planned set of controls that ensures process performance and product quality based on current product and process knowledge. PAT tools are required at this point to demonstrate the level of assurance and reliance on a particular monitoring capability.

New findings from industrial manufacturing, as well as the results of increased understanding gained through the use of QbD and technological advancements, can all be used to continuously improve product quality. Regulators are primarily concerned with improving quality, whereas manufacturers prioritize increasing production efficiency.

Synthesis, excipient addition, and spray drying were the three main stages of bulk powder preparation, according to a study by Winters and Neves. All CQAs were determined to be purity, residual solvent level, particle size distribution, and bulk density, and spray drying was determined to be a critical stage for all of them. The diameter of the nozzle orifice, the nozzle pressure, the outlet drying gas temperature, and the temperature at the condenser's exit were all identified as potential CPPs during the risk assessment. For the screening study, eleven runs were carried out using a two-half factorial design, with the center point run in triplicates. Therefore, knowledge space was defined. Then, with two center points and three CPPs (except nozzle orifice diameter) as variables, a central composite design was run.

On two products, Tradium and Qbidium, Betterman et al. published a comparison study with traditional and QbD approaches. They were both in the same capsule dosage form and went through the same manufacturing process, but only Qbidium used QbD. As a result, the manufacturer's contributions from QbD tools were presented in a realistic manner. Tradium research started with a broad product description and a hazily defined manufacturing process. Because formulation scientists only looked at one factor at a time, they missed important interactions like the one between the product temperature and the spray rate in Würster coating. Its reflection came in the form of an extension in the time allotted for regulatory review.

In-process dissolution test results grew out of control over time, and scientists lacked sufficient product and process knowledge to pinpoint the root cause. For Qbidium, however, the QbD continuum began with the identification of the initial QTPP. To outline the entire work and provide the details unit by unit, a flow-down map and a process map were created. Wet granulation, extrusion, and spheronization steps were identified as potential risk sources after two risk assessments, and the DoE software was used to conduct a third risk assessment. In extrusion parameters, screw speed was found to be more important than die size.

A QbD approach was used by Charoo et al. to study the development of diclofenac orally dispersible tablets. QTPP was made clear. Based on QTPP, preformulation studies, and prior experience, active pharmaceutical ingredients, excipients, and process attributes were determined. Hazard severity and likelihood of occurrence were scored, and risk ranking was completed. A number of factorial design studies were conducted to investigate determined CQAs such as appearance, hardness, friability, dissolution, content uniformity, and disintegration time. After estimating residual risk and determining whether it was acceptable, the control strategy was developed. In terms of their effects on tablet disintegration time and dissolution, the disintegrant amount and compression pressure were discovered to be CPPs.

Riley and Li discussed QbD parameters for sterile products over a patent about an injectable microsuspension where the particle size distribution was stabilized by phospholipids, with the goal of showing the points that could be implemented in the QbD approach. pH and sterility were used as CQAs in this case, and a design space was created that included the impact of phospholipid concentration, thermoprotectant concentration, formulation pH, and heat input level.

Ghosh et al. investigated the use of naproxen to optimize CPPs in the top-down media milling process. The effects of grinding media size and drug content were not as significant as agitation rate, which had a large impact on particle size distribution, according to a factorial design focusing on three parameters. They continued their investigation of different polymers after identifying non-critical parameters, and found that hypromellose produced superior nanoparticles and inhibited crystal growth during storage.

For a better understanding of these excipients and to predict the relationship between CMAs and CQAs, Souihi et al. used a QbD approach to investigate the effects of mannitol and dicalcium phosphate on roller compaction. As a result, orthogonal projections to latent structures were used to validate the models that were built. In contrast to what is known for plastics, it was demonstrated that when brittle materials are roller compacted, the tensile strength reduction is not critical. This study can be improved to be an in silico method for new compounds without any additional experiments by interpolating more fillers.

Dubey et al. used QbD tools to quantify the magnitude of coating thickness variability within a tablet, within a batch, and between batches in a QbD case study on tablet coating uniformity. A laser-induced breakdown spectroscopy-based analytical method and a statistical analysis revealed that inter-tablet variability is the most significant component. A number of experiments were carried out to investigate the slow axial mixing in the coating pan, which was thought to be the root cause of this type of variability. The independent variables chosen were pan rotation speed, percent weight gain, and coating temperature. For optimisation and prediction of design space, kriging and response surface modeling were used.

What Is Quality By Design In Pharmaceutical Development?

Quality by Design (QbD) is a systematic approach to drug development that aims to ensure quality by applying analytical and risk-management methodologies to new medication design, development, and manufacturing. The approach's core goal is to build quality into workflows from the start.

What Are The Objectives Of Pharmaceutical Quality By Design?

Enhancing product and process design, understanding, and control to improve process capability and reduce product variability and defects. To improve the efficiency of product development and production. Improved root cause analysis and change management after approval.

What Is QbD Approach?

Quality by Design (QbD) is a systematic approach to drug development that aims to improve quality through the application of analytical and risk-management methodologies to the design, development, and manufacturing of new medications. The strategy focuses on incorporating quality into workflows from the start.

Why Is QbD Needed?

Pharmaceutical companies are adopting the QbD concept because it aids in the development of rugged and robust methods that help them comply with ICH guidelines. In order to develop an analytical method in a QbD environment, factors that improve robustness are taken into account.

The quality by design method leads to improved comprehension, a well-defined system, and regulatory flexibility. Adoption of QbD tools is the key to achieving long-term benefits. Appropriate risk assessment tools, such as flow-down maps and Ishikawa diagrams, can be considered in the beginning to avoid becoming disoriented among all aspects of QbD. Keeping the processes in context will be useful. DoE and PAT tools should be chosen based on the specific goals, and well-trained personnel are required to assess the results effectively, as well as to create a design space, which necessitates mathematical and statistical knowledge. The application of QbD is extremely broad, as evidenced by the case studies mentioned.