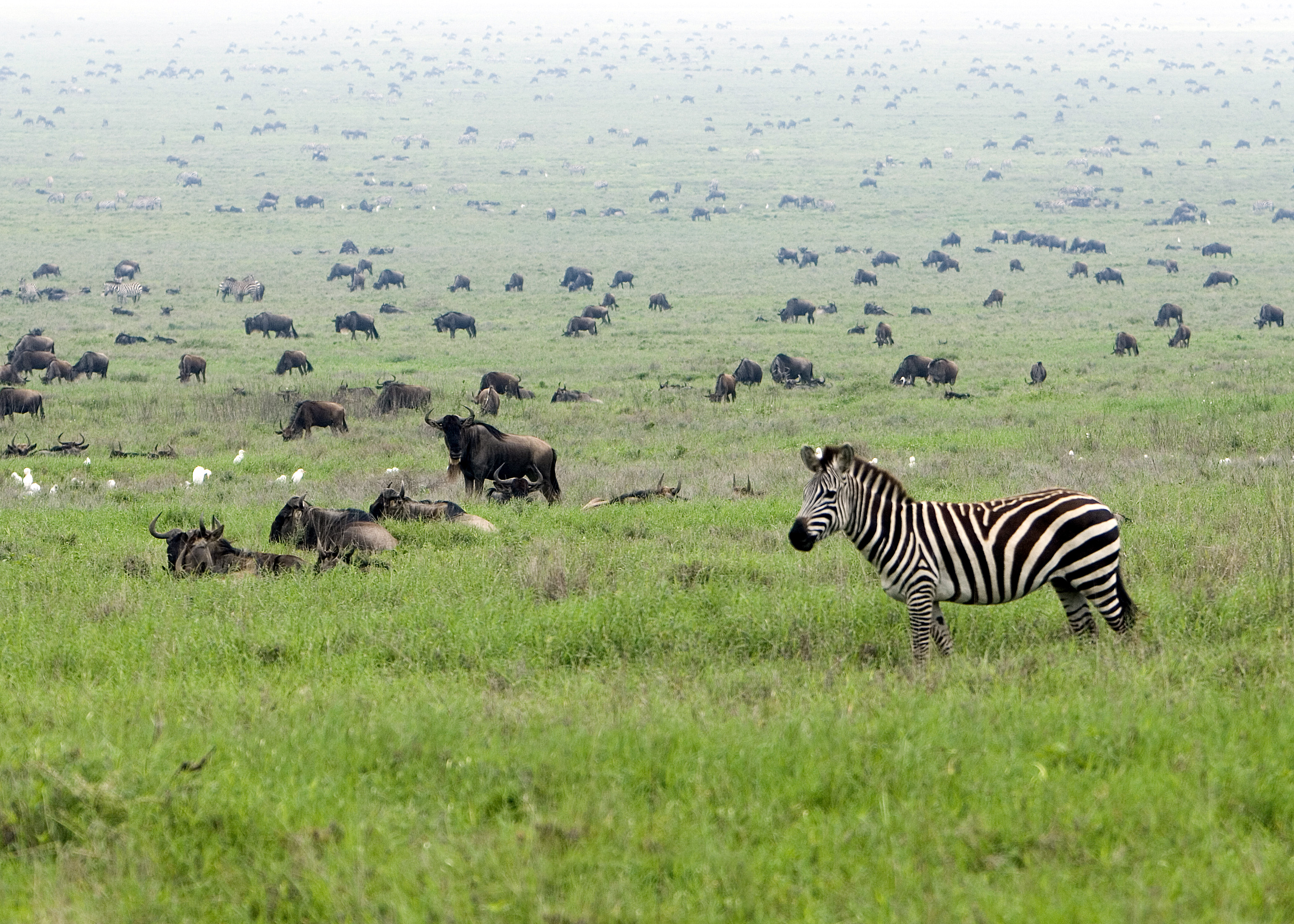 Projected patterns in biodiversity loss, climate disruption, human consumption, and population expansion were detailed, showing that these issues would intensify in the following decades and have severe repercussions for millennia.

The Earth's potential to sustain complex life is dwindling rapidly as a result of human activity.

Despite the continuous disintegration of human civilization, the mainstream has trouble understanding this loss.

While remedies are many, their implementation does not match the steady trend of biodiversity loss and other grave challenges connected to human growth.

As with climate disruption, temporal lags between ecological degradation and socio-economic costs hinder understanding of the challenge's scale and prompt counteraction.

Specialization and insularity increase unfamiliarity with complex adaptive systems that include challenges and answers.

The situation of the natural world was summarized to illustrate the human dilemma.

Major changes in the biosphere are directly linked to the growth of human systems. While the rapid loss of species and populations differs regionally in intensity, and most species have not been adequately assessed for extinction risk, certain global trends are obvious.

Since the start of agriculture around 11,000 years ago, the biomass of terrestrial vegetation has been halved, with a corresponding loss of >20% of its original biodiversity, together denoting that >70% of the Earth's land surface has been altered by Homo sapiens. There have been >700 documented vertebrate and ~600 plant species extinctions over the past 500 years, with many more species clearly having gone extinct unrecorded. Population sizes of vertebrate species that have been monitored across years have declined by an average of 68% over the last five decades, with certain population clusters in extreme decline, thus presaging the imminent extinction of their species.

Overall, perhaps 1 million species are threatened with extinction in the near future out of an estimated 7–10 million eukaryotic species on the planet, with around 40% of plants alone considered endangered. Today, the global biomass of wild mammals is <25% of that estimated for the Late Pleistocene, while insects are also disappearing rapidly in many regions.

Freshwater and marine environments have also been severely damaged. Today there is <15% of the original wetland area globally than was present 300 years ago, and >75% of rivers >1,000 km long no longer flow freely along their entire course. More than two-thirds of the oceans have been compromised to some extent by human activities, live coral cover on reefs has halved in <200 years, seagrass extent has been decreasing by 10% per decade over the last century, kelp forests have declined by ~40%, and the biomass of large predatory fishes is now <33% of what it was last century.

A mass extinction is the loss of ~75% of all species in <3 million years. Since the Cambrian, at least five mass extinctions have occurred, the most recent 66 million years ago. Since then, the baseline extinction rate has been 0.1 million species each year, but today's pace is orders of magnitude higher. Since the 16th century, vertebrate extinctions have occurred at a pace of 1.3 species per year, which is >15 times the background rate. IUCN believes that 20% of all species will become extinct in the next several decades, which is far higher than the background rate. That we are now on the route to a sixth mass extinction is already scientifically clear.

Overpopulation And Overconsumption Cause Ecological Overshoot

Since 1970, the world population has quadrupled to 7.8 billion. While some nations have ceased expanding and even shrunk, global average fertility is over replacement (2.3 children), with 4.8 in Sub-Saharan Africa and >4 in many others (e.g., Afghanistan, Yemen, Timor-Leste). The 1.1 billion inhabitants in Sub-Saharan Africa are predicted to quadruple over the next 30 years. By 2050, the global population will likely reach ~9.9 billion, with growth expected to continue into the following century. More recent forecasts indicate a peak around the end of this century.

Large population size and expansion cause various socio economic difficulties. Population expansion and uneven resource allocation cause food insecurity. 700–800 million people are famished and 1–2 billion are micronutrient-malnourished and unable to function, with additional food issues ahead. Large populations and their development cause soil degradation and biodiversity loss.

Stopping biodiversity loss is far behind jobs, healthcare, economic development, and currency stability. No Aichi Biodiversity Targets for 2020 established at CBD.int's 2010 summit were reached. Even if reached, they wouldn't have reduced extinction rates much. Most nature-related UN Sustainable Development Goals (SDGs) are likewise on course for failure, partly because they haven't sufficiently included their interdependencies with other socio-economic issues. A high and growing average level of living despite a mounting environmental toll has harmed humanity's medium and long-term life-support system. Humanity runs an ecological Ponzi scheme, robbing the environment and future generations to improve short-term wealth. Even the World Economic Forum, a victim of greenwashing misinformation, sees biodiversity loss as a worldwide economic concern.

The development of a long-predicted pandemic, possibly linked to biodiversity loss, shows how this imbalance degrades human health and income. With three-quarters of new infectious illnesses coming from human-animal contacts, environmental degradation through climate change, deforestation, intense farming, bushmeat hunting, and an increasing wildlife trade imply that the potential for pathogen-transferring encounters are considerable. Much of this degradation occurs in Biodiversity Hotspots with high pathogen diversity and inadequate institutional capability, increasing the danger of pathogen release and dissemination.

Disruption In The Climate

Climate change's dangers are more obvious than biodiversity loss's, yet society struggles to address them. Civilization has already caused a 1.0°C global warming over pre-industrial conditions and is on course to produce 1.5°C between 2030 and 2052. According to the IPCC, 450 ppm CO2-e would offer Earth a 66% probability of avoiding surpassing a 2°C warming. Melting permafrost and the release of stored methane would raise greenhouse-gas concentrations, delaying temperature-reducing reactions even if humankind stops using fossil fuels before 2030.

Every day's weather reveals human climate change. The world's climate has equaled or surpassed prior estimates, probably because the IPCC relies on averages from numerous models and policy recommendations seek worldwide agreement. The newest climate models (CMIP6) suggest higher future warming than previously expected, even if humanity follows a lower-emissions course. Nations have not met the goals of the 5-year-old Paris Agreement, and while global awareness and concern have risen and scientists have proposed major transformative change (in energy production, pollution reduction, nature custodianship, food production, economics, population policies, etc.), an effective international response has yet to emerge. Even if all signatories accept their promises (a questionable scenario), warming will reach 2.6–3.1°C by 2100 unless major, additional commitments are made and fulfilled. Without such promises, global warming will be devastating for biodiversity and mankind.

If most of the world's people recognized the scale of the problems we describe and the certainty of deteriorating situations, one might anticipate constructive changes in politics and policy to meet the existential dangers. The reverse is true. As demonstrated in Brazil, the US, and Australia, right-wing populist politicians have anti-environment agendas. Large variations in income, wealth, and consumption across individuals and nations make globalizing policies challenging.

Altering The Rules Of The Game

In this brief perspective, we won't dig into the complexity and nuances of potential solutions to the human situation. However, there is no lack of evidence-based literature providing strategies to improve human behavior for the benefit of all species. The remaining concerns are less about what to do and more about how, sparking the creation of various groups. The gravity of the situation requires fundamental changes to global capitalism, education, and equality, including the abolition of perpetual economic growth, properly pricing externalities, a rapid exit from fossil-fuel use, strict regulation of markets and property acquisition, and reining in corporate lobbying. These alternatives will require painful debates about population expansion and lower, more fair living standards.

What Is A Simple Definition Of Biodiversity?

Biodiversity refers to the variety of life that may be found in a given place, including animals, plants, fungi, and even microbes such as bacteria. Each of these species and animals collaborate in ecosystems to preserve equilibrium and sustain life, much like an elaborate web.

What Are The Three Types Of Biodiversity?

Typically, three layers of biodiversity are discussed: genetic diversity, species diversity, and ecological diversity. Genetic variety refers to the many genes found in all plants, animals, fungi, and microbes.

What Is A Biodiversity Example?

Most people define biodiversity in terms of species, which are groups of individual living creatures that may interbreed. Blue whales, white-tailed deer, white pine trees, sunflowers, and miniscule microbes that can't even be seen with the human eye are examples of species.

Why Is Biodiversity So Important?

The systems that sustain all life on Earth, including humans, rely on biodiversity. We cannot have healthy ecosystems that give us the oxygen we breathe and the food we consume without a diverse variety of animals, plants, and microbes. People respect nature as well.

This century's predictions of mass extinction, falling health, climate-disruption upheavals, and resource wars have been outlined. However, the intention is not to convey a fatalist viewpoint since there are many instances of effective interventions at both local and regional scales to avert extinctions, restore ecosystems, and promote more sustainable economic activities. Instead, they argue that only a genuine understanding of the enormous issues confronting the world community would enable it to plan a less-devastated future.

While there have been recent appeals for the scientific community, in particular, to be more outspoken in their warnings to mankind, they have been inadequately gloomy in comparison to the magnitude of the threat. Given the presence of a human "optimism bias," which causes some people to overestimate the severity of a crisis and disregard professional warnings, a successful communication plan should ideally counteract this tendency without instilling exaggerated sentiments of dread and despair.

Experts in any subject dealing with the future of biodiversity and human well-being must thus reject reluctance, resist sugar-coating the daunting difficulties ahead, and tell it like it is. Anything else is deceptive at best, and possibly fatal to the human endeavor at worst.