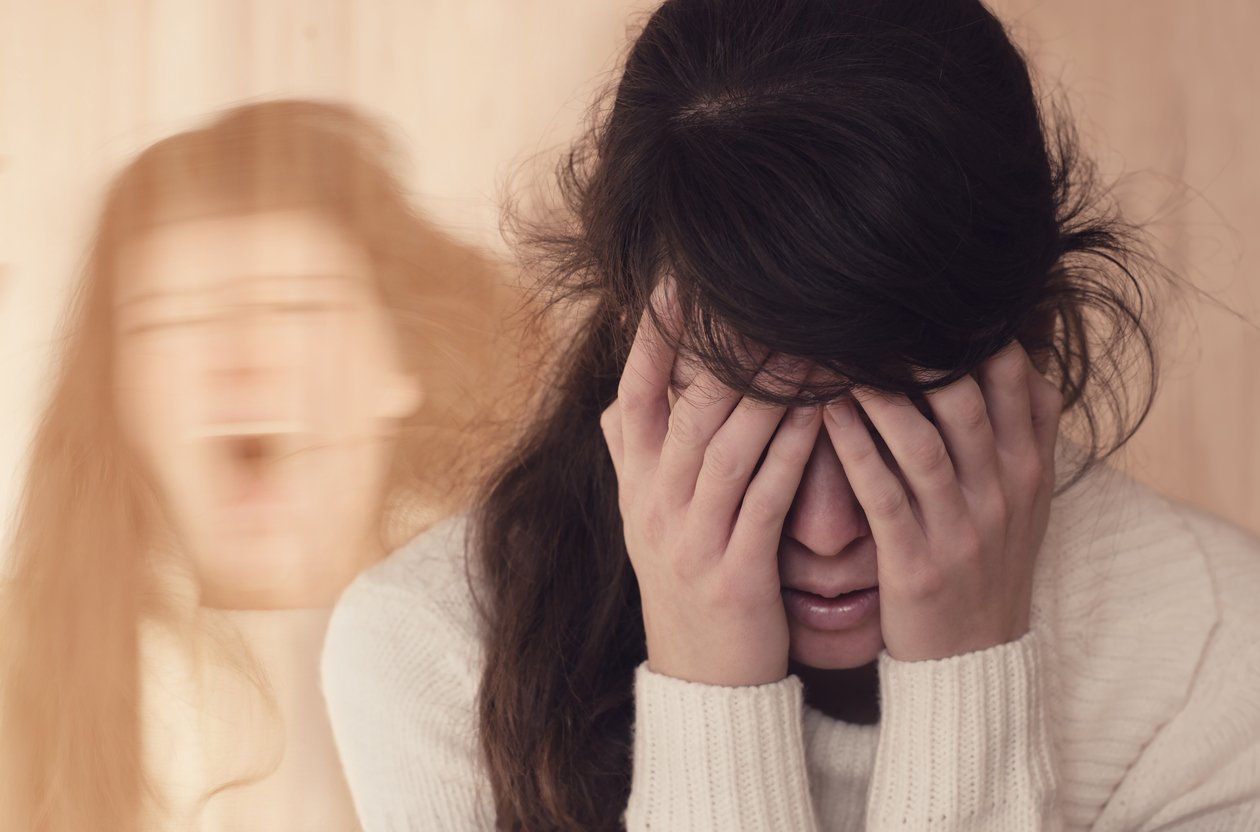 CBD for schizophrenia - Although cannabis has a negative reputation when it comes to psychotic diseases like schizophrenia, new research shows that the plant has been misunderstood. Using CBD for schizophrenia has been shown in studies to slow the progression of psychosis and even prevent it. Even better, THC, the other primary cannabinoid, does not appear to be a direct cause of the illness.

For several decades, scientists have studied the link between the endocannabinoid system and schizophrenia. Early research found that schizophrenics had high amounts of anandamide (an endogenous neurotransmitter that operates on the same receptor as THC), leading to suggestion that this could be a contributing factor to the condition.

A 2012 study found that when patients began using CBD for schizophrenia, their symptoms improved and their anandamide levels increased. D. Piomelli, one of the study's key authors, believes that the high levels reported in persons with schizophrenia are the result of the brain's attempts to solve the problem, rather than the cause of it.

"It appears that anandamide is a stress-relieving signaling molecule," Piomelli noted. "Everything the brain does appears to be connected to methods of stress relief." It can lessen tension and anxiety. It plays a role in stress-induced analgesia [pain relief while fighting or fleeing]. All of these things work together to help us avoid [stress-related harmful effects]."

Evidence suggests that cannabidiol's antipsychotic actions are aided by inhibiting anandamide deactivation, which could be a fundamentally novel mechanism in the treatment of schizophrenia.

CBD "activated cellular signaling pathways related with the effects of conventional antipsychotic drugs," according to a study published in 2016.

Does It Make Sense To Use CBD For Schizophrenia?

Cannabis is a complicated plant, with 115 cannabinoids discovered. Cannabis strains can be THC or CBD-dominant, depending on their chemotype.

Hemp has higher CBD concentrations and only small levels of THC, whereas marijuana has a lot of THC.

Terpenes play a role in each strain's impact profile.

Because the vast majority of CBD oils on the market are manufactured from hemp, their effects are centered on CBD's advantages, which are augmented by other components in the formula. CBD may help with anxiety, inflammation, discomfort, sleep difficulties, and mood balance, according to a growing body of scientific research.

Epidiolex, the first cannabis-based medicine, was just approved by the FDA. It's a CBD-only product that's advised for seizures that aren't responding to treatment. Doctors may, however, prescribe Epidiolex for diseases other than schizophrenia off-label.

What To Know About CBD And Schizophrenia?

According to epidemiological studies, there is a strong association between cannabis usage and psychosis. However, high THC-content strains have been linked to an increased risk of schizophrenia, and studies have long suggested a dose-response relationship for schizophrenia risk in cannabis users. For high-CBD strains, this is not the case.

Cognitive deficiencies are common in patients with schizophrenia, affecting up to 85% of those diagnosed, hence CBD's potential cognitive benefits are crucial.

The Antipsychotic Properties Of CBD

According to Zuardi and colleagues' case study, CBD treatment for schizophrenia can be effective. The researchers used a dose of CBD of up to 1500 mg per day for four weeks to see if it could help with acute psychotic symptoms.

Only one patient responded satisfactorily to CBD monotherapy for treatment-resistant schizophrenia in a 2006 study, but the dosage may have been insufficient. A further study on the benefits of CBD for schizophrenia evaluated flexible doses up to 400 mg daily on 6 Parkinson's disease patients and found that all subjects improved their psychotic symptoms over the course of four weeks.

CBD's antipsychotic qualities have been studied in three clinical trials since then, with mixed findings.

In a 2012 double-blind randomized controlled experiment on the therapeutic effects of CBD, for example, the cannabinoid was found to be as beneficial as amisulpride, a common antipsychotic medicine, in treating schizophrenic symptoms. Furthermore, CBD exhibited less negative side effects, such as minimal weight gain and fewer extrapyramidal symptoms.

CBD has also been used to treat acute psychosis in persons with schizophrenia and non-affective psychotic illnesses. The CBD group improved more positive psychotic symptoms than the placebo group after 6 weeks of ingesting 1000 mg of CBD daily. On the CGI-I scale, the CBD group scored higher than the controls at the end of their treatment. Patients who consumed CBD improved their cognitive performance and motor speed on a trend-level basis.

In a 6-week double-blind placebo-controlled randomized clinical trial, researchers compared the therapeutic effects of 600 mg CBD daily — divided into two dosages — to placebo. However, when compared to the placebo group, the lower dose had no effect on the subjects' psychotic symptoms or cognitive performance.

How Does CBD Work For Schizophrenia?

Despite the fact that various epidemiological and clinical research have validated CBD's antipsychotic characteristics, the mechanism of action behind these properties is unknown. CBD has no direct effect on dopaminergic neurons, unlike other antipsychotics. THC binds to cannabinoid receptors, but CBD does not.

CBD, on the other hand, blocks the metabolizing enzyme fatty acid amide hydrolase, which increases the amounts of anandamide, one of the primary endocannabinoids in the CSF (FAAH). Surprisingly, anandamide levels have been discovered to have a negative link with the intensity of psychotic symptoms, despite the fact that increasing anandamide levels have been found to improve them clinically after CBD treatment.

This could point to CBD as a possible mediator in the treatment of psychosis by increasing endogenous anandamide levels. However, more research is needed to verify this hypothesis.

Can CBD Cause Psychosis?

CBD has not been linked to the development of psychosis. To accomplish this, the cannabinoid would need to cause intoxication, anxiety, and paranoia in a dose-response pattern. CBD has been demonstrated to help with anxiety, PTSD, addiction, and stress response. CBD has a calming impact on the neurological system, lowering hyperactivity while increasing hypoactivity when needed.

CBD is a drug that is completely harmless. Doses as high as 1,500 mg per day have been studied and found to be safe. However, taking too much CBD at once can cause a few minor side effects:

CBD-drug interactions are also a possibility, so if you want to avoid them, talk to your doctor before purchasing CBD oil.

The effect of THC on the brain is what causes the link between cannabis and schizophrenia.

However, are you certain you were taught the truth? Let's take a look at how THC affects persons who are prone to schizophrenia.

How Much CBD To Take For Schizophrenia?

Patients should collaborate with a health care provider that has experience suggesting CBD or medicinal cannabis to establish and fine-tune dosage and delivery strategies for them. At the same time, well-informed patients can act as their own health consultants.

Always begin with a microdose to determine sensitivity, then gradually increase your dosage within the dosing range based on your body weight until symptoms disappear. Patients with schizophrenia should titrate up to a goal range between a standard and macro dose progressively to ensure minimal psychoactive effects. For this condition, CBD:THC ratios of at least 20:1 are strongly suggested. THC in small doses can often aggravate the problem. The band AC/DC has been shown to help people with schizophrenia. The effects of myrcene-rich varieties are more soothing.

Because of its therapeutic effects on psychotic symptoms, CBD can help people with schizophrenia. It could also help prevent or treat cannabis-induced psychosis in people who are sensitive to high-THC strains.

CBD has been shown to improve mental health by lowering anxiety and enhancing the body's stress response. CBD has a calming impact on the neurological system, but without the hazardous side effects of routinely prescribed antipsychotic medicines, according to studies looking into its efficacy in mental diseases.

Clinical trials on CBD and schizophrenia have had conflicting outcomes, owing to dose differences. If you're thinking about taking CBD oil to help with your symptoms, talk to a holistic psychiatrist who knows a lot about CBD and cannabis. This will aid in determining the proper dosage and avoiding unfavorable CBD-drug interactions.

How Much CBD Is Needed For Schizophrenia?

All three trials in schizophrenia patients suggest that the dose range for reducing psychotic symptoms (probably between 800 and 1000 mg/d), but not cognitive symptoms, should be greater than the dose range for causing anxiolytic effects (between 200 and 400 mg/d).

THC has long-term negative effects on the developing brain, as well as cognitive deficits and exacerbation of psychotic symptoms and antipsychotic responsiveness, especially in younger patients.