Amyotrophic Lateral Sclerosis - How It Is Related To Enteroviral Infection 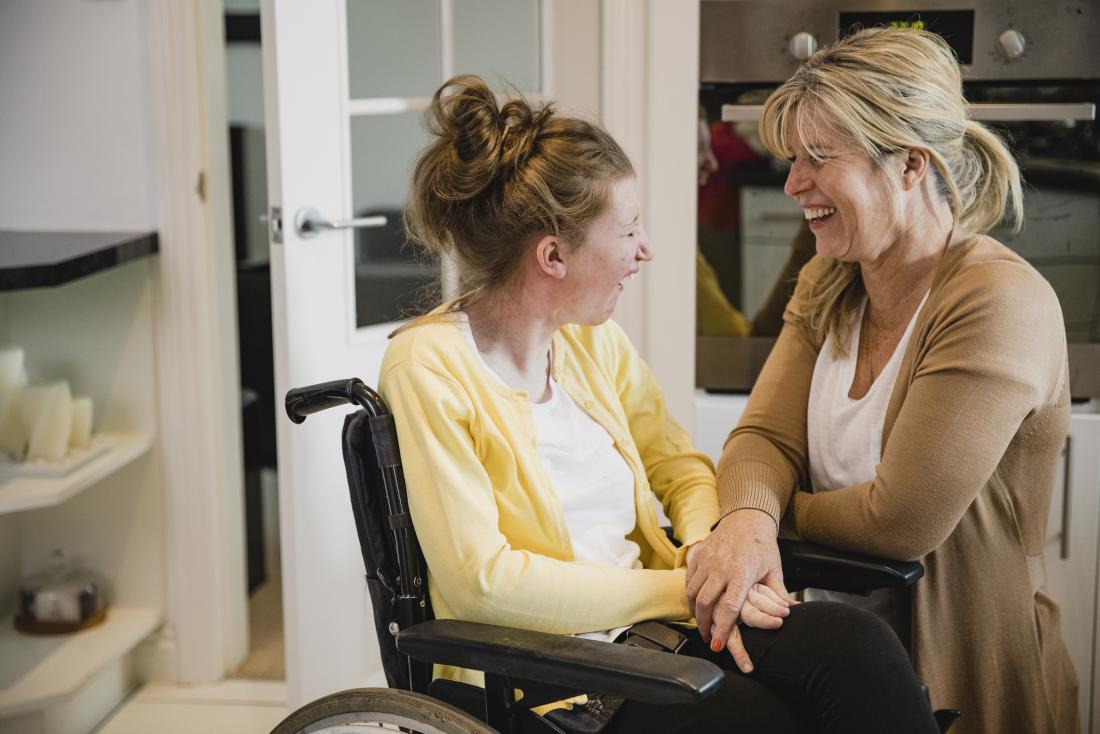 Amyotrophic lateral sclerosis (ALS) is a deadly neurological illness characterized by progressive degeneration of both upper and lower motor neurons, culminating in paralysis and death within three to five years of diagnosis.

Despite being largely a motor neuron disease, approximately half of ALS patients have cognitive/behavioral deficits, suggesting a role for non-motor systems in ALS pathogenesis.

In Europe and North America, the general frequency of ALS is believed to be 3-5 instances per 100,000 persons, and it rises with age.

There is no cure for ALS at the moment. The only two FDA-approved medications for the treatment of ALS are riluzole (a glutamate release inhibitor) and edaravone (a free-radical scavenger).

Their advantages, however, are limited to slowing disease development and extending life by 2-3 months.

Over the last two decades, several different treatment strategies have been researched, but their clinical usefulness has yet to be demonstrated.

Enteroviruses (EVs) are single, positive-stranded RNA viruses of the Picornaviridae family that include poliovirus, coxsackievirus, echovirus and enterovirus, with the latter (particularly EV-A71 and EV-D68) causing recent significant outbreaks in Asia-Pacific and North America, respectively.

EVs may induce asymptomatic infections or neurological problems. EVs have a strong tropism for the central nervous system (CNS) and cause poliomyelitis, aseptic meningitis, encephalitis, and non-polio flaccid paralysis in newborns and children.

Viral infection has long been regarded as a risk factor for ALS and/or a causal pathogen. Many attempts have been done over the last 30 years to investigate the relationship between neurotropic viruses, particularly EVs, exogenous retroviruses such as human immunodeficiency virus and human T cell leukemia virus, and human endogenous retrovirus (HERV), and ALS.

HERVs are ancient retrovirus remnants that have been incorporated into the human genome and are generally inactive, but may be reactivated under physiological and pathological stress. Despite fruitless efforts to establish evidence of exogenous retroviruses in ALS patient tissues, multiple studies have revealed increased HERV-K gene expression and reverse transcriptase activity in ALS patients' blood and brain tissues.

Transgenic mice expressing HERV-K in neurons acquire progressive motor neuron failure comparable to the human ALS phenotype, implying a viral etiology of ALS. Additional research is being conducted to investigate the mechanism by which HERV-K produces neuropathology, as well as to evaluate current anti-retroviral medications and create new anti-HERV inhibitors for the treatment of retrovirus-associated ALS.

Mislocalization, aggregation, and cleavage of TDP-43 (TDP-43 pathology) in motor neurons and glial cells is seen in ~97% of ALS patients and is a pathological characteristic of ALS. The TARDBP-encoded DNA/RNA-binding protein TDP-43 regulates RNA metabolism.

Loss and gain-of-function in TDP-43 pathology may cause illness initiation and progression. Poliovirus, EV-A71, and coxsackievirus rely on cellular proteins for cytoplasmic reproduction.

Numerous RBPs, which are typically nucleocytoplasmic shuttling proteins confined to the nucleus, are retained in the cytoplasm during EV infection and hijacked by EVs for viral translation and RNA replication. EV-A71 infection redistributes heterogeneous nuclear ribonucleoprotein A1 from the nucleus to the cytoplasm, where it boosts EV-A71 replication by aiding viral translation.

Inside ALS: The neurons behind the disease

A recent study that CVB3 proteinase 2A alone may promote TDP-43 accumulation suggests a probable overlap between EV and ALS.

The role of the immune system in the development of ALS has been extensively studied, with the majority of research focusing on the activation of glial cells and astrocytes, which leads to the up-regulation of multiple pro-inflammatory cytokines such as tumor necrosis factor-α, monocyte chemoattractant protein-1, cyclooxygenase-2, and interleukins.

Beyond direct harm, EVs may increase immune-mediated injury in viral infections by increasing the synthesis of pro-inflammatory cytokines, leukocyte infiltration, and astrogliosis. Chronic CVB3 infection has been found to cause CNS microgliosis and astrogliosis in chronically infected mice brains.

The presence of immune cells and cytokines inside the CNS may exacerbate virus-mediated neuropathology as well as possible bystander harm induced by T cell activation.

Furthermore, neuroinflammation caused by microglia and astrocytes may cause cell death by increasing the generation of reactive oxygen species. Overall, existing data suggests that persistent EV infection might cause late-onset CNS impairment by triggering inflammatory responses.

ALS-causing mutations in genes such as SQSTM1/p62, OPTN, TBK1, VCP, and UBQLN2 are typically associated with protein quality control. Autophagy dysfunction and the subsequent buildup of misfolded proteins and large RNA clusters (e.g., RNA granules) have been linked to the etiology of ALS.

Recent research suggests that EVs may use the autophagic route to their advantage. Autophagy is a dynamic process that consists of autophagosome synthesis and destruction after fusion with a lysosome, which is referred to as autophagic flux.

Autophagosomes accumulate as a consequence of decreased autophagic flow and promote viral development by providing membrane scaffolding for viral assembly and replication.

ALS is known to begin focally and expand neuroanatomically to other locations. Recent research reveals that misfolded protein transmission involves both exosome-dependent and independent processes.

As non-enveloped viruses, EVs are thought to be able to escape the infected cell only by causing it to rupture. However, it has become obvious that this group of viruses, which includes poliovirus, CVB3, and EV-A71, may move across cells in a non-lytic manner through extracellular microvesicles (EMVs) such as exosomes.

As a result, EVs develop a membrane barrier that protects them from host immune recognition. Thus, EV-induced EMV secretion might be a route for the transfer of misfolded proteins (e.g., misfolded SOD1 and TDP-43) inside the CNS during chronic infection.

What Is The Main Cause For Amyotrophic Lateral Sclerosis?

The etiology of ALS is unknown, and experts aren't sure why it affects some individuals but not others. Scientific data, on the other hand, reveals that both genetics and environment have a role in motor neuron degeneration and the development of ALS.

What Happens When You Have Amyotrophic Lateral Sclerosis?

Motor neurons in your brain and spinal cord die as a result of ALS. When this occurs, your brain is unable to deliver information to your muscles. Because the muscles get no impulses, they become very feeble. This is referred to as atrophy.

What Is Your Life Expectancy With Amyotrophic Lateral Sclerosis?

Although the average survival duration with ALS is two to five years, some patients survive for five, ten, or even fifteen years. Symptoms may first appear in the muscles that govern speech and swallowing, as well as in the hands, arms, legs, or feet.

Can You Survive Amyotrophic Lateral Sclerosis?

ALS is a deadly disease. After diagnosis, the typical life expectancy is two to five years, however some people may survive for years or even decades. For example, scientist Stephen Hawking lived for more than 50 years after being diagnosed.

Sporadic amyotrophic lateral sclerosis (SALS) is an idiopathic, terminal neurodegenerative illness of the motor neuron system for which there is now no viable therapy. For decades, an EV etiology of SALS has been hypothesized; nevertheless, human viral interrogation experiments provide contradictory data.

More research is required to clearly confirm the link, such as determining if subclinical EV infection might increase the early start and progression of amyotrophic lateral sclerosis in normal animals or mice who are genetically prone to the disease.

Recent advances have increased awareness of the important clinical and genetic parallels between ALS and frontotemporal dementia (FTD).

Indeed, 13% of ALS patients also have FTD. Mutations in the same collection of genes that cause ALS, including C9ORF72, TARDBP, FUS, TIA1, and SQSTM1/p62, have also been associated with FTD. Furthermore, ALS and FTD have identical neuropathological features and disease processes. As a result, it is fair to believe that EV infection contributes to FTD.

Finally, identifying EV as an unique causal/risk factor for SALS opens up a world of possibilities for future treatment approaches. During EV infection, long after the acute infection has ended, the administration of ribavirin, a generic anti-RNA viral medication that can cross the BBB, may dramatically diminish viral-mediated neuropathology.