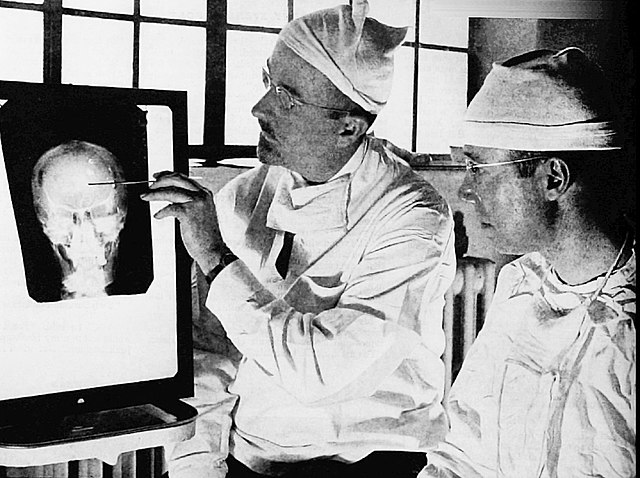 Lobotomy facts as revealed by researchers describes lobotomy, also known as leucotomy, as a neurosurgical procedure that permanently damages sections of the brain's prefrontal lobe. Lobotomy is a catch-all word for various surgeries that intentionally injure brain tissue to cure mental disorders. The procedure known as lobotomy was formerly considered a popular "cure" for mental disorders in the mid-20th century. As part of a new wave of neurological disorder therapies that included electroconvulsive therapy, it was approved by the FDA.

Individuals suffering from the following three disorders were most commonly treated with lobotomies: (i) major depressive disorder with suicidal thoughts, (ii) obsessive-compulsive disorder (OCD), and (iii) schizophrenia, among others. This treatment aims to disrupt the connections made by nerve fibres in the brain that connect the frontal lobe—the part of the brain responsible for thinking—with other parts of the brain.

What Does Lobotomy Do To A Person?

The desired result of a lobotomy is a reduction in tension or agitation, and many of the first patients did show signs of these modifications. In addition to these impacts, several participants reported apathy, inactivity, a lack of initiative, a reduced capacity to focus, and an overall decline in their emotional responses to life depth and intensity.

Moniz and his colleagues were awarded the 1949 Nobel Prize in medicine for their groundbreaking work in psychosurgery. Still, lobotomy had not only gone out of favour by the 1950s but had also been condemned as "barbaric." According to the Soviet Union, the procedure was "contrary to the values of humanity" and thus prohibited in their country in 1950. However, lobotomies were still conducted on a limited scale in the United States, the United Kingdom, Scandinavia, and some western European nations far into the 1980s, even though other countries, notably Germany and Japan, had prohibited the procedure.

The United States performed more lobotomies than any other country, with around 40,000 done in total. One of the most notable failures, performed on John F. Kennedy's elder sister, Rosemary, and resulted in her being reduced to a near-vegetative state, helped turn public opinion against the procedure.

Was A Lobotomy Painful?

In the most violent, brutal, and notorious surgical treatment in history, an icepick was driven through the eye socket into the brain and "wriggled around," frequently leaving the patient in a vegetative condition after the procedure. The first lobotomy was done by a Portuguese doctor who bored holes into the human skull to relieve his patient's suffering.

El-Hai thinks that 40,000-50,000 Americans have received lobotomies in psychiatric institutes throughout the years. According to Freeman, ten thousand of the lobotomies were transorbital, or "ice pick" lobotomies. Dr Freeman performed roughly 3,400 transorbital lobotomies himself, and psychiatrists performed many others he trained on his nationwide tour. Instead of anaesthesia and drilling into the skull, the transorbital lobotomy took approximately 10 minutes and needed no substantial incisions. El-Hai claims Freeman performed 24 lobotomies in one day in West Virginia. "The transorbital one might be done much more cheaply and quickly," Lichtenstein said. According to Freeman's archives, around one-third of lobotomies were successful. Ann Krubsack, now in her 70s, was one of them. "After the electric shock, medicine, and insulin injection therapy failed," she said. Before her 1961 lobotomy, Krubsack reported she had schizophrenia for eight years. Patients who could leave the hospital following treatment were left infantile and devoid of personality. "For [Freeman], success meant It meant getting out of the hospital, and many of those who did had major issues from their lobotomies ", El-Hai speaks.

Why Was Lobotomy Banned?

Unusually, lobotomies are conducted these days; they are executed in a far more attractive manner when they are done. You will not be operated with an ice pick and will start monkeying around with the system. Psychosurgery is the surgical removal of particular brain regions reserved for treating individuals who have failed all other forms of treatment. By the mid-1950s, scientists had developed psychotherapeutic medications such as the antipsychotic chlorpromazine, far more effective and safe for treating mental disorders than a lobotomy. By the late 1950s, scientists had developed psychotherapeutic medications such as the antipsychotic chlorpromazine. Nowadays, most mental illnesses are treated chiefly with medications and psychotherapies. Electroconvulsive treatment is a method that includes delivering electrical currents into the brain to produce a short seizure, according to the Mayo Clinic. When medicines or talk therapy are ineffective, patients may be treated with electroconvulsive therapy.

Is There Anyone Alive Who Had A Lobotomy?

Howard Dully (born November 30, 1948) had a transorbital lobotomy when he was 12 years old. In 2005, Dully's tale on NPR garnered worldwide attention. In 2007, he co-authored a New York Times Best Seller memoir, My Lobotomy, with Charles Fleming.

Dully was born in Oakland, California, on November 30, 1948, to Rodney and June Louise Pierce Dully. After his mother died of cancer in 1954, Dully's father married Shirley Lucille Hardin in 1955. Several other medical and psychiatric doctors who saw Dully did not discover a psychological illness. In 1960, at the age of 12, Dully was given a trans-orbital lobotomy by Dr Freeman for $200. An orbit class was inserted 7 cm (2.75 inches) into Dully's eye sockets during the surgery. Then he was sent to Rancho Linda School in San Jose, California, a boarding school for youngsters with behavioral issues. He became homeless and drunk.

After sobriety, he became a San Jose school bus driver teacher and a degree in computer information systems. Dully began researching what happened to him as a youngster in his 50s, with the help of NPR producer David Isay. He couldn't depend on his memories because his stepmother and Freeman had died by this time. Then he travelled across the nation with Isay and Piya Kochhar, interviewing family members, other lobotomy victims' families, and Freeman's relatives. Dully initially told his experience on NPR in 2005 before co-authoring a memoir in 2007.