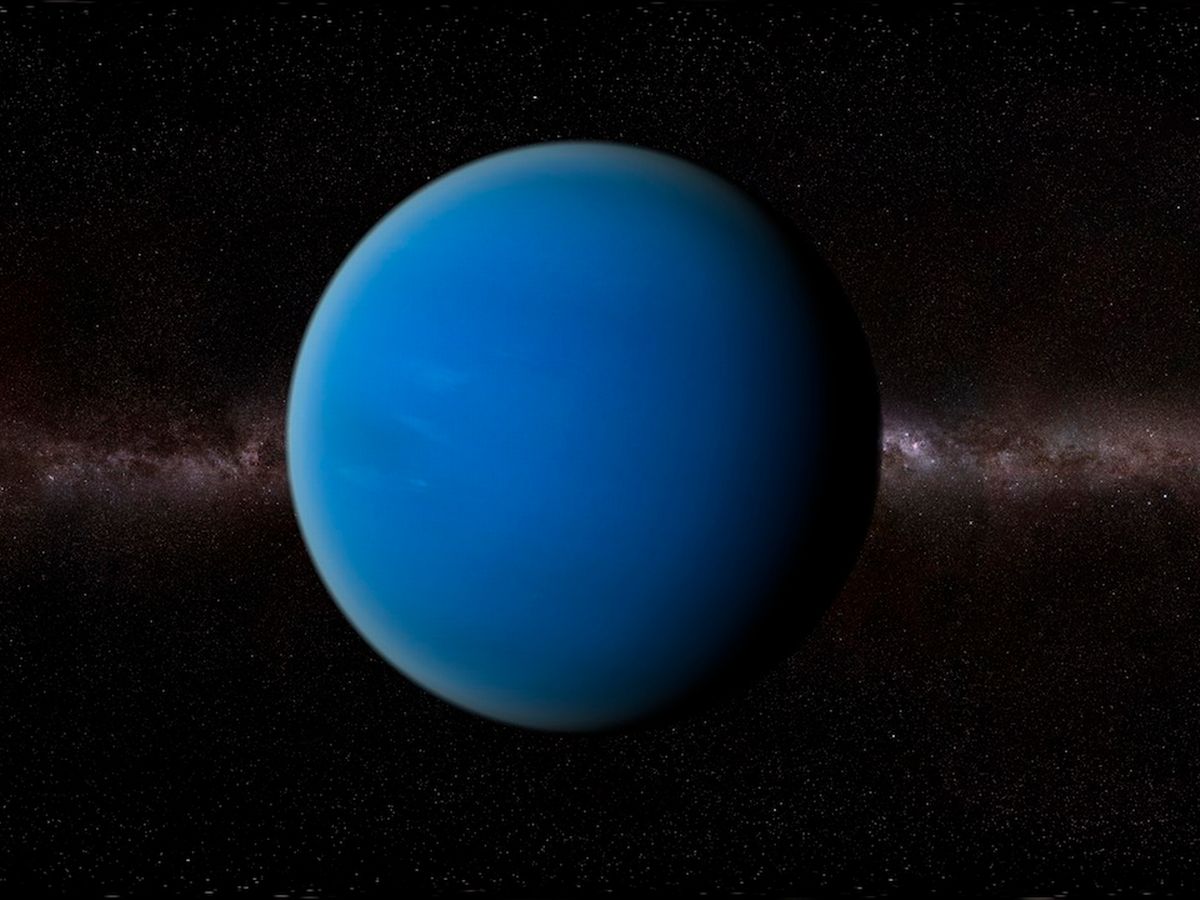 The first known exoplanet may turn out to be a watery world, as it was recently identified in our galaxy.

TOI-1452 b is an exoplanet located in the Draco constellation, roughly 100 light years from Earth. It is somewhat larger and more massive than Earth.

Researchers from the University of Montreal conclude in an article published Wednesday in The Astronomical Journal that the planet's mass indicates it is mostly composed of material less dense than rock but denser than gas - a possible indicator of a worldwide ocean.

Charles Cadieux, a Ph.D student at the Université de Montréal and a member of the Institute for Research on Exoplanets (iREx), headed the multinational team of scientists that made this announcement. In a report published on August 12 by The Astronomical Journal, Cadieux and his colleagues detail the observations that explain the existence and properties of this extraordinary exoplanet.

“I’m extremely proud of this discovery because it shows the high caliber of our researchers and instrumentation. It is thanks to the OMM, a special instrument designed in our labs called SPIRou, and an innovative analytic method developed by our research team that we were able to detect this one-of-a-kind exoplanet.”

This exoplanet was tracked down thanks to NASA's TESS satellite telescope, which searches the entire sky for neighboring planetary systems. Astronomers figured that the planet was about 70% bigger than Earth because the TESS signal showed a gradual dimming every 11 days.

Charles Cadieux is a member of a team of astronomers who conduct follow-up studies from the ground on planet candidates found by TESS to verify their confirmed planet type and features. PESTO, a camera designed by David Lafrenière of the Université de Montréal and François-René Lachapelle of the OMM was used.

“The OMM played a crucial role in confirming the nature of this signal and estimating the planet’s radius.” This was no routine check. We had to make sure the signal detected by TESS was really caused by an exoplanet circling TOI-1452, the largest of the two stars in that binary system.”

Smaller than the Sun, TOI-1452 is one of two stars in a binary system that are around the same size. The two stars orbit each other at such a close distance of 97 astronomical units (about two and a half times the distance between the Sun and Pluto) that they appear to the TESS telescope as a single point of light. But the PESTO photos show that the exoplanet does orbit TOI-1452. This was confirmed by observations made by a Japanese team after the PESTO photos were taken.

Using the SPIRou instrument on the Canada-France-Hawaii Telescope in Hawaii, the astronomers monitored the system to calculate the planet's mass. SPIRou, which was developed in great part in Canada, is well-suited to researching low-mass stars like TOI-1452 because it observes them in the infrared spectrum, where they shine brightest. More than 50 hours of observation were still needed to arrive at a mass estimate that is roughly five times that of Earth.

Researchers Étienne Artigau and Neil Cook from iREx at the Université de Montréal helped put the results together and figure out what they meant. They created a robust analytical approach that could identify the planet in SPIRou data. Artigau elaborated, “The LBL method [for line-by-line] allows us to clean the data obtained with SPIRou of many parasite signals and to reveal the weak signature of planets such as the one discovered by our team.”

Farbod Jahandar and Thomas Vandal, who are both working on their Ph.D. at the Université de Montréal in Quebec, are also on the team. Both Jahandar and Vandal looked at the SPIRou data. Jahandar focused on the composition of the host star and how it could be used to figure out what the inside of the planet looked like.

TOI-1452 b, an exoplanet similar to Earth in composition (it's likely rocky), is a very different world from our own based on its radius, mass, and density. To put it simply, the Earth is a desert. Although water makes up around 70% of Earth's surface (thus the nickname "Blue Planet"), it accounts for less than 1% of the planet's mass.

On some alien worlds, there could be a lot more water than on Earth. Many exoplanets between Earth and Neptune in size have been discovered in recent years, and their radii and masses have been measured (about 3.8 times larger than Earth). When compared to the density of the Earth, the higher density of some of these planets can only be explained if a significant portion of their mass is composed of lighter materials, such as water. The term "ocean planet" has been coined to describe these made-up worlds.

“TOI-1452 b is one of the best candidates for an ocean planet that we have found to date," said Cadieux. Compared to a planet like Earth, which is mostly made of metal and rock, its radius and mass show that its density is much lower.

Researchers noted that the James Webb Space Telescope will soon be able to help pierce the enigma of this unusual new watery world, but they are still not confident that TOI-1452 b is an ocean world or what that would entail for the possibility of detecting alien life in its seas.