Traumatic Brain Injury - The Effect Of Markers In Inflammation 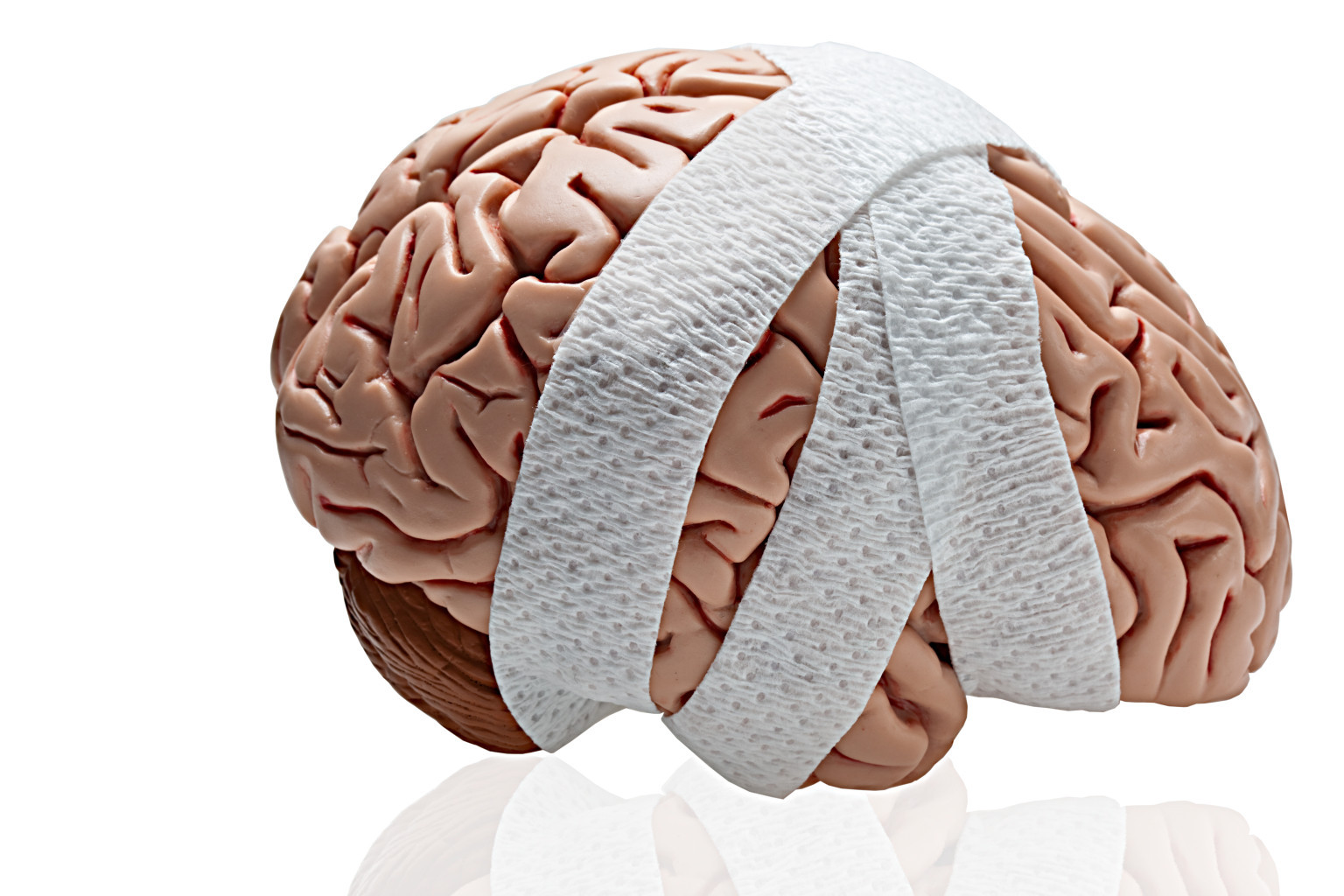 Traumatic brain injury (TBI) has been referred to for decades as a hidden epidemic.

Between 1995 and 2001, it was responsible for at least 1.5 million emergency room visits and hospitalizations annually in the United States, a number that has undoubtedly escalated due to the conflicts in Iraq and Afghanistan.

It primarily affects young men, but is also becoming increasingly prevalent among the elderly.

One of the repercussions of an increased ICP is a decrease in CPP, which leads to secondary ischemia.

Therefore, it is not surprising that a high ICP has been associated with death and poor outcome in TBI patients.

What Exactly Is Traumatic Brain Injury?

Traumatic Brain Injury (TBI) disrupts the normal function of the brain and can be caused by a blow, bump, or jolt to the head, or when an object pierces the skull and enters brain tissue. Observing one of these clinical signs alters brain function:

Depending on brain damage, TBI symptoms can be mild, moderate, or severe. In mild cases, mental state or consciousness may briefly change. Severe cases can cause unconsciousness, coma, or death.

The Types Of Traumatic Brain Injuries

The Development Of Biomarkers In TBI

The most researched TBI biomarker is S100B, a low-molecular-weight calcium-binding astrocyte protein. S100B's validity as a TBI biomarker hinges on its constitutively low serum and CSF expression, which are rapidly released after brain injury. High S100B expression is linked to injury severity and a negative prognosis. S100B isn't suitable as a TBI biomarker since it doesn't cross the BBB, its serum levels increase after peripheral damage without brain injury, and it doesn't always predict prognosis. In the hunt for a TBI biomarker, numerous molecules have been evaluated, including GFAP, NSE, MBP, II-spectrin breakdown products (BDPs), ubiquitin C-terminal hydrolase-L1, and different cytokines.

The Potential Of Inflammatory Cytokines As Biomarkers Of TBI

Interleukin-10 is thought to be predominantly an anti-inflammatory cytokine since it has a strong inhibitory effect on the production of a variety of pro-inflammatory mediators, such as IL-1β and TNF, but also IL-1α, GM-CSF, IL-6, IL-8, IL-12, and IL-18. Its most crucial action is the suppression of IL-1β and TNF since these cytokines are recognized to be crucial in the beginning and spreading of the inflammatory response. Indeed, IL-10 treatment after LFP injury in rats leads to better results and lower levels of IL-1β and TNF in the brain tissues.

Interleukin-6 has been studied a lot, and scientists have found that it is involved in a lot of normal and unhealthy bodily processes. It is known that IL-6 controls inflammation, immunity, bone metabolism, hematopoiesis, and the development of nerve cells. IL-6 has also been linked to aging, osteoporosis, autoimmune diseases, Alzheimer's disease, and injuries to the brain. Even though IL-6 is not only found in the CNS, it is significantly upregulated after a brain injury.

Interleukin-8 (CXCL8) is a CXC chemokine that is made by glial cells, macrophages, and endothelial cells. It is a key part of how neutrophils get activated and move toward chemicals. Early studies showed that cytokines like IL-1β and TNF cause astrocytes to release IL-8. Both IL-1β and TNF are released soon after a brain injury. Increased IL-8 expression has been linked to many types of cancer, bacterial infections, and heart disease.

The monocyte chemoattractant protein-1 (MCP-1) or CCL2 is made by astrocytes within hours of an injury. The number of recruited macrophages is related to the amount of MCP-1 or CCL2 (Semple et al., 2010c). Since MCP-1 is controlled in an autocrine way, the release of MCP-1 by macrophages and microglia that have moved into the damaged brain keeps cells moving there. In models of brain injury, stroke, and multiple sclerosis, removing MCP-1 reduced the number of macrophages that came into the brain and the damage to the nervous system.

Other Markers Of Inflammation

Besides cytokines, there are a few other molecules that might be useful as biomarkers of brain injury. For example, IL-6 controls how much GFAP is made by turning on the JAK/STAT pathway. It is well known that after TBI, GFAP expression goes up in serum. Serum GFAP levels have been shown to be able to predict death and outcome in people who have had a severe TBI. More recently, it has been found that GFAP-BDPs in the serum of patients with mild and moderate TBI within 4 hours of the injury correlate with injury severity (GCS) and may be linked to CT lesions. In a recent study, it was found that by combining measurements of GFAP in CSF and serum with the IMPACT Outcome Calculator, it was possible to get a much better idea of what would happen. Also, the expression of II-spectrin breakdown product 145 (SBDP145) was measured in the cerebrospinal fluid (CSF) and showed a strong correlation with death at 6 months.

What Defines A Traumatic Brain Injury?

A traumatic brain injury (TBI) is a type of acquired brain injury that happens when the brain is hurt by a sudden blow or blows to the head. TBIs can happen when the head suddenly hits an object hard or when an object goes through the skull and hurts brain tissue.

What Are Three Causes Of Traumatic Brain Injury?

People usually get TBIs from a fall, an injury from a gun, a car accident, or an attack. Research shows that almost half of the hospitalizations for TBI are caused by falls. In the United States, most people who die from TBI do so because they kill themselves with a gun.

What Is The Most Common Type Of Traumatic Brain Injury?

One of the most common types of TBI is a concussion. A concussion can happen when the head or body is moved back and forth quickly, like in a car accident or sports injury, or when the head is hit hard. Concussions are usually not life-threatening, so they are often called "mild TBIs."

Can You Recover From Traumatic Brain Injury?

For those who have suffered a moderate TBI, the majority of their brain function can be restored, but further treatments such as neurosurgery, o/p therapy, speech/language therapy, psychotherapy, and/or social services may be required.

Brain injury biomarkers have the potential to improve how patients are diagnosed, treated, and what happens to them. They could also help come up with new treatments. The now-well-known inflammatory response that happens when the brain is hurt could give doctors a number of markers that tell them specific things about the injury. Experiments with animal models of traumatic brain injury have shown that the brain makes a lot of inflammatory mediators after an injury. Many of these change their expression quickly, reaching peaks that are over a thousand times higher than their normal levels within hours of being hurt. The amount, timing, and length of time that these mediators are active may be able to tell us not only about the injury, but also about how complicated it is when multiple injuries happen at the same time.